Mismanagement of timber resources and illegal logging are exacerbating South Sudan’s conflict and destroying the environment, and women are the most severely affected. 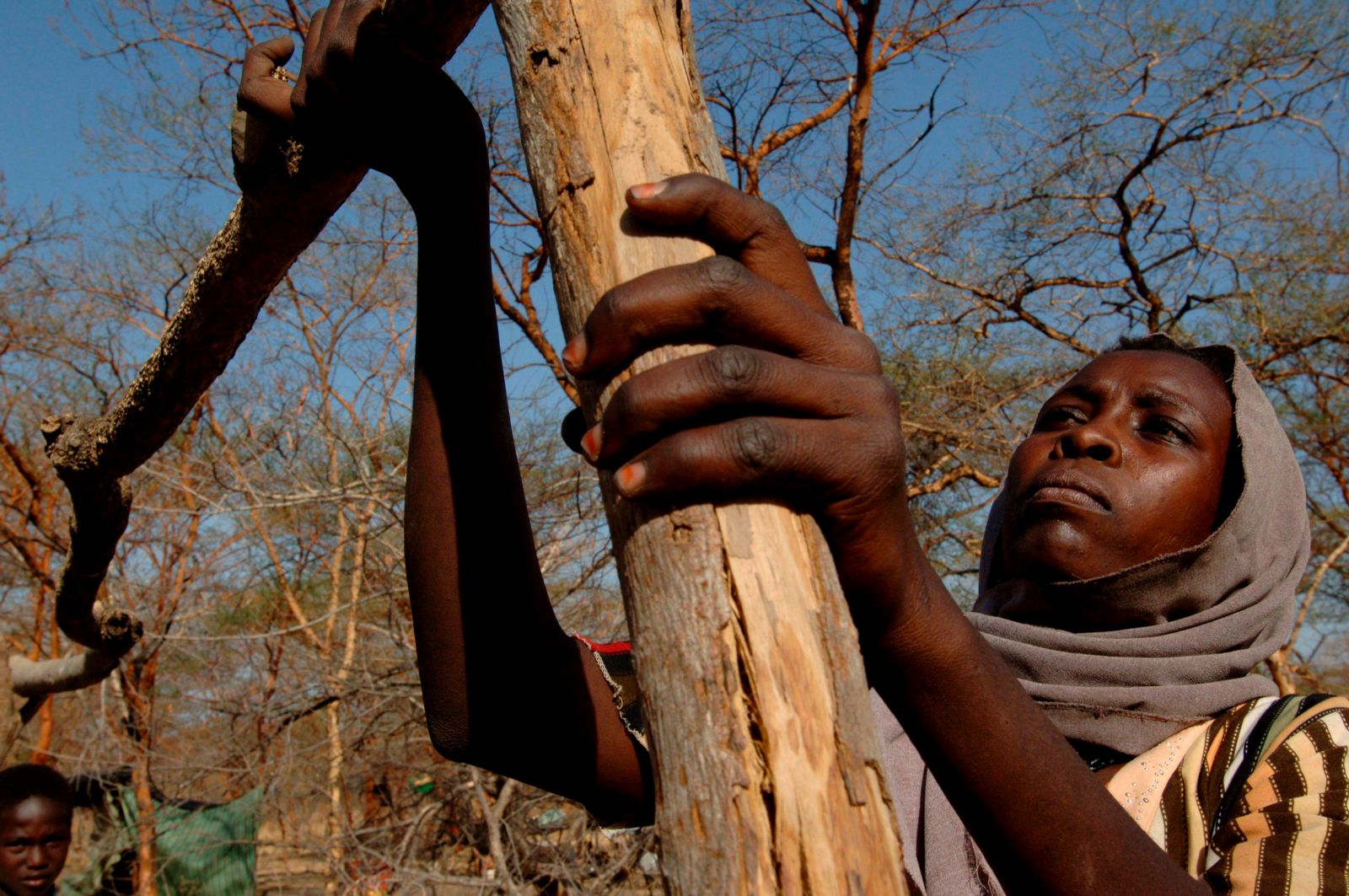 Deterioration of the markets for agricultural produce led the women, who were the majority farmers, to seek employment in the forests as casual workers for the loggers.

South Sudan experienced years of civil war before its succession from Sudan in 2011. Efforts to recover from the conflict were dampened in 2013 by a return to conflict instigated by political tensions between the president and former vice president. Already struggling to build its economy and infrastructure, the conflict plunged the country into chaos and the vacuum of order saw more plundering of the country’s resources such as timber and oil.  A break down in the rule of law and the attendant results of illegal logging have facilitated an environment in which women are the most victimized.

South Sudan is home to one of Africa’s largest non-indigenous plantations of teak trees, which were planted as seedlings in the colonial era. A 2007 assessment by the United Nations Environment Programme (UNEP) estimated that “existing teak plantations alone could potentially generate up to USD 50 million per year in export revenue”. In January 2013, the South Sudan government announced that it would start to export teak wood to reduce its dependence on oil. However, the civil war that erupted in December 2013 and the absence of legal frameworks, led to an increase in illegal exports of wood and charcoal.

Hardwood exports such as teak and mahogany have played a significant role in the country’s socio-economic and political dynamics. A report from the UN Security council in 2017 describes South Sudan as a war economy, “wherein the extraction of resources (oil, gold and teak, inter alia) is carried out in the furtherance of, and in parallel to, military operations and the enrichment of elites”. This context has made thousands of women vulnerable to the injustices of displacement, sexual harassment and violence, loss of livelihoods and famine.  The culture of violence against women goes beyond social spaces and into economic spaces as well. In a country where the scale of violence against women and girls is reportedly double the global average, this “war economy” has had devastating effects on women’s bodies, and their socio-economic autonomy. The collapse of legitimate markets for products and services and the influx of illegal loggers has seen women further disenfranchised within the local and national context of trade and labor. It has also predisposed women and girls to more violence.

A case in point is Magwi, an agricultural county, located in Eastern Equatoria State and home to several forests—predominantly teak, mahogany and shea nut. Magwi had been relatively stable compared to other counties whose economic activity is cattle herding. However, the interaction of conflict and illegal logging has crippled its stability, and women have borne the brunt of the effects.

Global Empowerment for Poverty Alleviation (GEPA), a grantee of Urgent Action Fund-Africa and an indigenous organization based in Juba and in Magwi, finds that logging in Magwi has increased significantly since November 2016. This was when government troops and other security forces, including National Security and Military Intelligence, began to clamp down on the civilian populations they believed were harboring rebels. The fighting and chaos that ensued led to the loss of hundreds of lives and displacement of many South Sudanese, mostly to Uganda.

The displacement of people, destruction of infrastructure and agricultural land affected agricultural output in Magwi and the country in general, resulting in famine and the opportunity for illegal loggers to further exploit forests. With the men absent either from the killings or by fleeing, South Sudanese women have had to improvise by farming, caregiving, and working on side businesses to generate more income. Deterioration of the markets for agricultural produce led the women, who were the majority farmers, to seek employment in the forests as casual workers for the loggers. Within the forests, women face untold discrimination and abuse. The loggers pay the women workers disproportionately less than the men for the same amount of effort and time. The women also experience sexual violence and harassment while working and in the forest peripheries. Between the months of November and December 2017, GEPA documented 19 cases of rape reported to local authorities by women and girls as they walked to and from the logging sites, distances of more than 20km. There have also been incidents of sexual assault against women as they seek employment and during indecent body searches, as the contracted loggers search for communication devices and mobile phones to deter any evidence collection of their activity. As the loggers move further away from the settlement areas, it becomes less secure for the women to continue with the casual work. Because logging is illegal, there are no contracts or proof of employment, and no way to seek recourse.

"The displacement of people, destruction of infrastructure and agricultural land affected agricultural output in Magwi and the country in general".

GEPA has been engaging with local authorities to seek policy and legal direction on how to manage and control timber harvesting in Magwi and to ensure that the communities and especially women are involved and are not further disenfranchised by the same. By mobilizing women in Magwi, Omeo, Obbo and Agoro counties and engaging in collaborative advocacy, GEPA has managed to advocate for an increase of the license fees for loggers and charcoal business operators. This is a preliminary step to reduce the mass enrolment of the population into the logging business. More sustainable measures need to be put in place to protect the forests and frameworks enforced to guard against illegal logging and deforestation.

In addition, several women, in collaboration with GEPA, have taken legal action against the companies where sexual violence against women has been cited and are demanding companies to ensure security for their female workers with repercussions if the same is not done. GEPA has also facilitated the training of five women as community-based paralegals to set up local reporting systems and work with the police to ensure that cases of sexual violence are documented and reported.

These are still only small steps forward. Concerted interventions on human rights—especially women’s rights—are urgent. Local communities’ efforts are compromised by intimidation from state and non-state actors as well as by lack of capacity in monitoring and reporting. As such, more support by national and international stakeholders could go towards increasing local capacity through raising political and economic consciousness and education including peer learning from other counties and countries. Civil society organizations both nationally and internationally, as well as the government bodies such as the Ministry of Agriculture and Forestry through the Directorate of Forestry, must work together to ensure oversight of forest cover and use. Legal and judicial systems need to be enforced and perpetrators held to account.

Finally, corporate actors must take up the responsibility of ensuring their activities do not further compromise the security and wellbeing of the community, especially women and children. Being at the heart of this conundrum, women must be constructively engaged and at the center of the solution. Their livelihoods, bodily integrity and sustainable welfare should be priorities for all stakeholders.