The future of human rights as a frame of justice depends on our capacity to create, detect, and foster bridges with other frames. 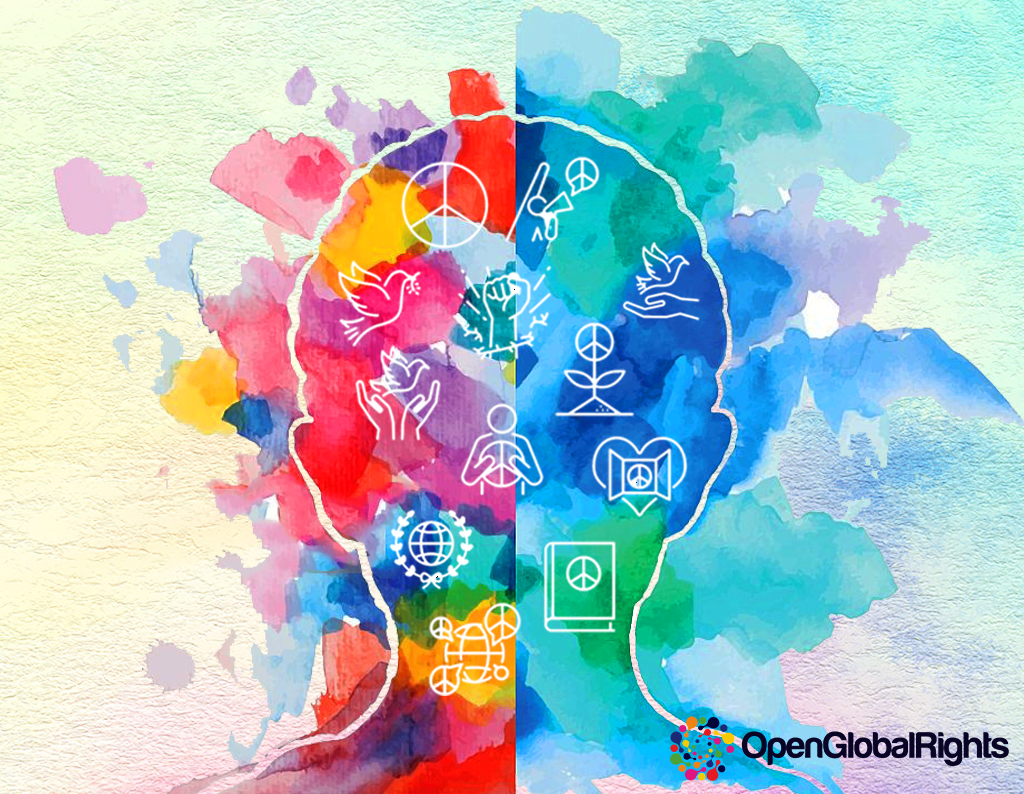 Thinking about the future of human rights is most productive when it draws from a wide array of fields of research and practice, from different forms of imagining the future. In addition to the types of knowledge that are familiar in human rights circles, such as law and the social sciences, this entails deploying the tools of long-term thinking, fiction, storytelling, social theory and global history, among others.

The good news is that a growing number of scholars and practitioners are engaging with human rights from less well-travelled angles, explicitly engaging in forward-looking discussions. One of them is Michael Ignatieff, whose recent work provocatively asks (and answers) whether it is realistic and desirable to expect human rights to be the global ethic of the foreseeable future.

Ignatieff importantly returns the discussion about the nature of human rights to the place where it must be located: the space of moral reasoning. He argues that the over-legalization of human rights has resulted in losing sight of the fact that, more than a set of treaties and constitutional norms, human rights are moral claims about the intrinsic value of every human being. Similarly, Amartya Sen has written against that “legally parasitic view of human rights,” arguing that human rights must be seen as an approach to ethics, which stand in contrast, for instance, to utilitarianism.

Ignatieff’s concern is not only whether human rights are a robust ethical theory, but also whether it is an ethics that affects the daily conduct and the “ordinary virtues” of persons in different parts of the world. With this he moves toward a discussion on the impact and the implementation of human rights.

This logically takes him toward a third concern: if human rights are universal ethical claims and if their impact must be measured in our everyday life, what type of message can augment their efficacy, their emotional resonance among citizens? Considering the growing efficacy of populist-nationalist messages against human rights, the question is how to build counter-narratives that influence effectively public opinion and citizen perceptions about rights and about those who defend them.

But this is where the good news ends. Although I share Ignatieff’s critique against unreflecting universalism, I disagree with him that local contexts are the only “moral community we can create” and much less that it is “the only thing that we can create.” A long tradition of political sociology has shown that identities are forged largely through “imagined communities.” National identities were and continue to be imagined and reimagined through wars, migration and linguistic policies, educational systems, reinterpretations of myths of origin, among others. To mention just one example, in India the fundamentalist government of Narendra Modi has launched a new phase in its political project, openly embracing the idea that Indian identity is equivalent to Hindu identity, which excludes, of course, the Muslim minority that has been part of the country since its independence.

The boundaries between the particular and the universal are thus constantly in dispute. Who “we” are, and who “they” are is an open debate. In fact, the nationalist populism that is proliferating across the world and threatening human rights can be understood as an effort to reduce and harden the definition of “us” and to expand the definition of “they.”

None of this diminishes the importance or the urgency for human rights actors to pay attention and engage with local identities and frames in order to maximize their resonance and impact. But more than a static opposition between the local and the universal, this is a fluid process.

Human rights are indeed a “thought experiment”, as Ignatieff argues. However, this experiment was neither carried out once nor provided a single set of results that are to be preserved forever. Instead, human rights are an ongoing experiment.

Both the theory and the practice of social movements provide useful elements for the constant task of reframing. Studies in framing theory have shown how social changes depend on whether the activists who defend them manage to construct and reconstruct frames that give their movement an identity (frame making), so that they can have an echo with their audience (frame resonance) and so that they connect with discourses and agendas from other movements (frame bridging).

In the face of the growing influence of anti-rights political frames, these three tasks must be priorities for the human rights movement.  There are promising examples of each one of them. With regard to frame making, indigenous peoples in the Americas have expanded the meaning and the impact of their right to be consulted about projects or laws that affect them. Initially, ILO Convention 169 conceived of consultation in liberal procedural terms, and did not give indigenous peoples the power to veto actions that were harmful to their territories or culture. In practice, however, indigenous organizations and their allies have successfully promoted a more collective and substantive framing of that right.

Frame bridging is an equally important task. The gift frame—the concession to others not as a matter of right, but as an expression of generosity—differs from human rights. In the current global context, it can be more effective than the latter in winning citizens over causes like refugee protection. But I do not believe that it is necessarily incompatible with human rights. As Ignatieff argues, putting oneself in the recipient’s shoes — thinking that he or she “could be me”— is one of the reasons that motivate the gift giver. Empathy can overlap with — and in fact can be the source of— human rights recognition.

Beyond the specific frame of the gift that Ignatieff focuses on, I want to highlight the general importance of acknowledging overlaps and creating bridges with other moral frames as a way to expand the resonance and constituency of human rights. For example, the “ordinary virtues” of many people are inspired in religious creeds. In them, it is possible to find versions and interpretations that assert the intrinsic value of the human person in a way that has a strong affinity with the idea of dignity that underlies human rights.

We, human rights scholars and advocates, cannot realistically expect our frame to become the common universal moral sense. If the past of human rights consisted fundamentally in constructing this frame, its future will be more hybrid and will depend on our capacity to create, detect and foster bridges with other frames of justice.

This article is a revised version of the author’s response to one of Michael Ignatieff’s lectures, which has since been expanded into a new book. It is published here as part of the "Future of Human Rights" series.