To advance equity for girls and to improve faith in the justice system, combatting biases that privilege the interests of perpetrators of gender-based violence over those of survivors is crucial. 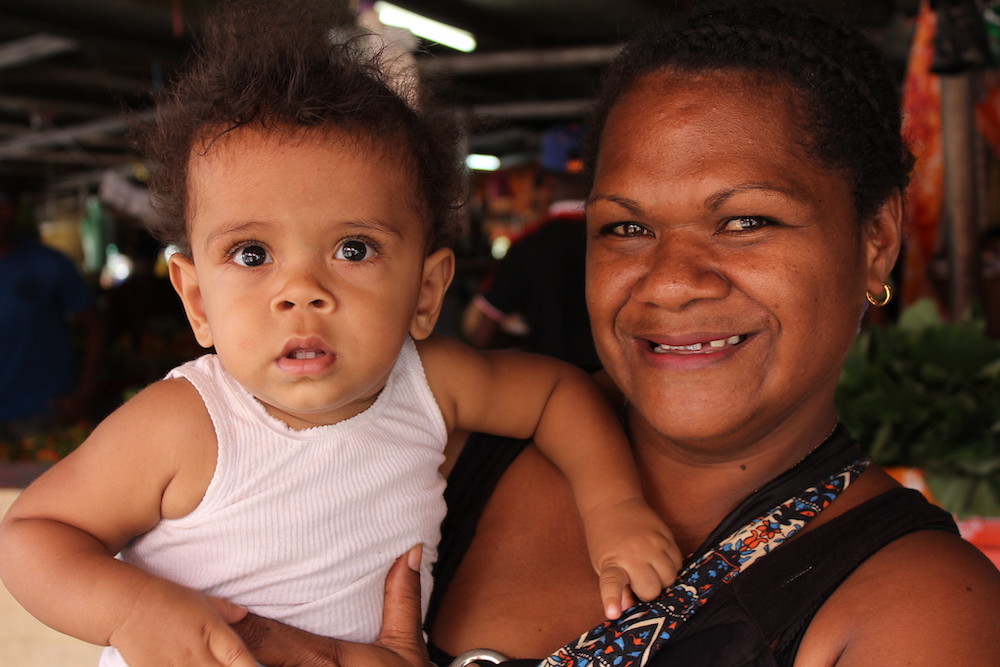 In Fiji, of all sexual violence cases reviewed from 2015-2018, 73.6% of survivors were children. When violence against children intersects with gender-based violence, an intergenerational model of violence highlights how behavioral scripts are learned from parents and contribute to children from abusive homes often developing abusive relationships in adulthood—creating an ongoing cycle of abuse. For example, one WHO multi-country study found that men who were abused as children are twice as likely to become perpetrators of domestic violence.

As violence against girls—and against children in general—persists, researchers and activists are working to improve access to justice and address gender discrimination through collecting and analyzing reliable data.

For example, recently published research by the International Center for Advocates Against Discrimination (ICAAD) digs into gender-based violence in the Pacific using court cases as a key source of such data. Indeed, cases from Fiji over the past ten years reflect the unique challenges girls face in court as well as the positive shifts within the Fijian judiciary, alongside the diligent work of civil society organizations like the Fiji Women’s Rights Movement (FWRM).

Violence against children has been described as a crisis by the director of the Fiji Women’s Crisis Center. While prevalence studies like those done in Fiji survey only girls over 15, in one such study, the Fiji Women’s Crisis Centre reported that of adult women surveyed, 16% disclosed that they had experienced sexual violence before the age of 15. UNICEF reported that in Fiji nearly 1 in 10 adolescent girls between 15 and 19 have experienced sexual violence. Other data help triangulate the growing problem: the Social Welfare and Child Services Department reported a 22 percent increase in child abuse cases across Fiji between 2018 and 2019.

When cases reach the criminal justice system, ICAAD’s research illustrates some of the challenges and opportunities at the societal level through case law analysis of domestic violence and sexual offence cases. Using a methodology that has been adapted and adopted by local civil society, including FWRM, the TrackGBV project has compiled thousands of cases in Fiji and the Pacific to put a spotlight on judicial bias in sentencing decisions. A forthcoming report—commissioned by Sisters for Change as part of its work under the Equality & Justice Alliance Programme—explores the complexities of judicial bias and resulting gender discrimination in seven Commonwealth Pacific Island countries, including Fiji.

Of adult women surveyed, 16% disclosed that they had experienced sexual violence before the age of 15.

This analysis confronts the varied forms of biases that survivors, often girls, face when in court. These biases have been categorized into customary practices, gender stereotypes, and other contentious factors. Some customary practices like forgiveness ceremonies and customary reconciliation can unjustly privilege the interests of the perpetrator over the interests of the victim. Gender stereotypes include victim-blaming and rape myths that dictate how “ideal” rape victims act. Gender stereotypes also consider the sole breadwinner argument which suggests that the perpetrator’s sentence should be reduced because of his family’s economic dependence on him as the primary income-earner. Other contentious factors include arguments that unjustly privilege the interests of the perpetrator like their employment or marital status.

In ICAAD’s regional analysis from 2016, these contentious factors were not only raised in sentencing decisions involving children, but they led to reduced sentences, which is a form of gender discrimination. For example, customary reconciliation has been used in sentencing for cases with child survivors, without regard to the power imbalance associated with a process that seeks to bring harmony between the two families and where compensation/ apology is directed to the head of the family, who is often a man. When looking at cases across the Pacific involving children, customary reconciliation led to a sentence reduction in 23% of child abuse cases. To advance equity for girls and to improve faith in the justice system, combatting biases that privilege the interests of perpetrators over those of survivors in sentencing decisions is crucial.

Analyzing case law over time can also show the benefit of amending laws and enforcement over time. In Fiji, ICAAD’s recent data comparing cases between 2010 and 2014 with cases from 2015 to 2018 shows improvements in outcomes for women and girls. The comparisons were split into these two time frames because 2010 follows the adoption of significant gender-based violence legislation in 2009 (the Domestic Violence Act, Crimes Act, and Criminal Procedure Act), while 2014 marks when ICAAD became directly engaged with stakeholders in Fiji. Over these two periods, all contentious factors, including customary reconciliation practices and gender stereotypes declined. Gender stereotypes in particular, such as sole breadwinner status used to argue for a lenient sentence, were raised by judicial officers in 25.6% of cases between 2010-2014 and only 13.7% in 2015-2018. Perpetrators received suspended sentences in 10.1% fewer cases.

Locally, the Fijian judiciary and FWRM are taking the lead in recognizing the scope of the problem and working diligently to reduce bias.

Although the data depict a positive trend, there are still gaps. For example, there has been a small increase in the use of medical reports in sexual violence cases, but since 2015, medical reports were still only referenced in 35.4% of sentencing decisions. However, it is unclear whether medical reports are considered in other phases of the case. Contentious factors such as the perpetrator’s church attendance or provocation arguments are still used by judicial officers to reduce sentences in 1 in 4 cases. When these types of contentious factors have been raised in cases, they have a greater impact on cases involving child victims. In cases with child victims when contentious facts were raised, the average sentence reduction for the perpetrator was 2.45 years when the survivor was under 18 years old, compared with an average sentence reduction of 0.99 years when the survivor was age 18 and over.

Although there is still work to be done, locally, the Fijian judiciary and FWRM are taking the lead in recognizing the scope of the problem and working diligently to reduce bias. In 2017, FWRM published an access to justice report which used ICAAD’s TrackGBV methodology among other methods. In 2018, in response to the volume of cases and data depicting impunity, the Fiji Supreme Court increased the sentencing tariff for rape against children to between 11 and 20 years.

In 2018, the Fijian judiciary also worked with ICAAD to issue a directive to caution against the inappropriate use of first time offender status. Across all GBV cases in Fiji between 2000 and 2009, judges misapplied first time offender status in 9.8% of cases where credible testimony, medical evidence, or police reports indicated past evidence of violence, even if there was no previous conviction. This misapplication has decreased to 4% in cases between 2015 and 2018.

At the societal level, it’s crucial to promote accountability and fairness in the criminal justice process in addressing violence against children. While we all have implicit biases, data helps illuminate how they take shape, and in GBV cases, how gender biases can result in gender discrimination in impacting sentencing outcomes. ICAAD’s TrackGBV methodology and recent data from Fiji demonstrate how researchers and activists can use case law analysis and aggregate data to address gender discrimination by illuminating the biases that underpin unjust sentencing decisions.