The practice of candidates for election to the UN Human Rights Council appearing on clean slates makes a mockery of the “elections” and undermines the quality of membership of the Council.

On 16 October 2017, the UN General Assembly (GA) will hold elections for 15 seats on the Human Rights Council (HRC) for the term starting on 1 January 2018. However, the presentation of clean slates—in which the number of candidates is equal to the number of vacant seats—by four of the five UN regional groups makes a mockery of this “election”. The HRC already suffers from questions of legitimacy and accusations of double standards; for the Council to have meaning for the broader human rights community, it needs members credibly dedicated to human rights in these seats. The HRC’s membership criteria set out in GA resolution 60/251 are intended to promote Council membership committed to the promotion and protection of human rights, but clean slates deny the GA members the opportunity to pursue that objective in their choice of HRC members. In this year’s election, only the Asian Group is presenting a contested slate with six candidates competing for four seats. 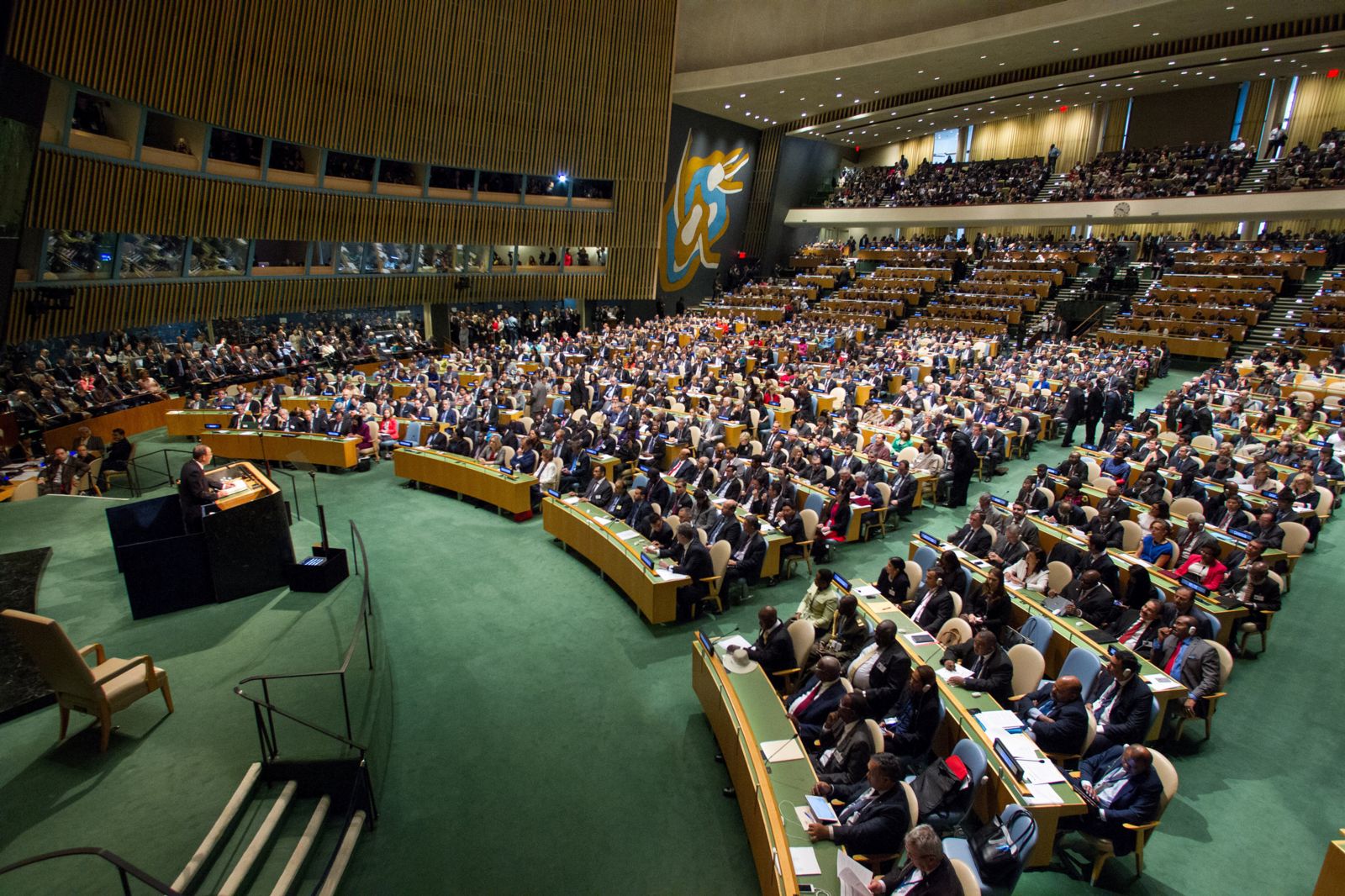 While the Council’s rules and practices allow a large active role for observer states and other observers, only the members vote, and they ultimately determine what the Council decides.  The quality of each Council member’s commitment to the promotion and protection of human rights and the role of the UN is central to the Council’s ability to fulfil its mandate faithfully. Each Council seat comes with substantial responsibility, and the full UN membership should have a real role in determining which states are entrusted with that responsibility.

The HRC’s 47 seats are distributed as follows among the UN’s regional groups:

HRC members are elected directly and individually by secret ballot by the majority of the members of the GA, which currently requires 97 votes. The term of membership is three years, with elections held annually to replace approximately one third of the members from each regional group. The Council’s rules provide that Council membership is open to all UN member states. They require voting states to take account of each candidate’s contribution to the promotion and protection of human rights and its voluntary electoral pledges and commitments. They also require that Council members uphold the highest standards in the promotion and protection of human rights and cooperate fully with the Council.

The limited choice offered in HRC elections stands in marked contrast to the hype that goes into their run-up.  Many candidates carry out elaborate high-profile campaigns, replete with glossy publications and intense public diplomacy.  Many, but not all, candidates make pledges, of variable quality, about what they will do if elected. The International Service for Human Rights and Amnesty International host election hustings in New York and Geneva to allow candidates to present their platforms and others to test those platforms.  The Universal Rights Group publishes a sophisticated analysis of candidates’ qualifications. While these measures bring valuable transparency to HRC elections, they will have limited effect on the composition of HRC membership when clean slates assure the election of most candidates regardless of the quality of their contribution to the promotion and protection of human rights or their voluntary pledges.

The electoral hustings should be held under authority of the president of the GA, thereby increasing the political cost of refusal to participate. Such enhanced visibility would also give prominence to a candidate’s failure to make electoral pledges.  There should be an  evaluation of whether Council members give effect to their election pledges. Pledges are occasionally raised in the Universal Periodic Review, but a more systematic review is required, perhaps also under the authority of the GA president.

In remarks to the HRC on 11 September 2017, the High Commissioner for Human Rights suggested that “consideration be given to the need to exclude from [the Council] States involved in the most egregious violations of human rights”. To help them do that, his Office should produce an analysis of the human rights records and pledges of HRC candidates that allows an informed assessment of whether they meet the membership criteria. Such an analysis would carry more weight than even the best NGO publication.

The practice of presenting clean slates should be ended, but states and regional groups lack the necessary courage and political will. While membership criteria are not a realistic option for reform, more states voting in the GA could withhold their votes from unqualified candidates presented on clean slates. If many did that it would pass a clear message, and theoretically a candidate on a clean slate could fail to obtain the 97 votes in the GA necessary to be elected.

The secret ballot makes it nearly impossible to hold states to account for how they vote in HRC elections. It hides from scrutiny evidence of the widespread practice of vote trading whereby votes for election to the HRC are exchanged for other UN electoral candidacies.  States should reveal how they vote and commit publicly to foregoing vote trades involving seats on the HRC.

The GA, acting by a two-thirds majority, may suspend the Council membership rights  of a member that commits gross and systematic human rights violations. This provision was used in 2011 to suspend the membership rights of Libya. Amnesty International and Human Rights Watch called for the suspension of Saudi Arabia in June 2016. Human Rights Watch and other NGOs made a more concerted call for Burundi's suspension in October 2016. More can be done to use suspension to discourage states with very poor human rights records from seeking election to the HRC by reminding them that members can be held accountable for committing gross and systematic human rights violations.

A great deal of effort goes into the HRC elections. It is time for the UN and its member states to put that effort to better use by ensuring that future elections are contested by candidates appearing on open slates, or, failing that, providing greater incentives to encourage candidates committed to human rights.