It’s time to move past overly simplistic arguments surrounding Catholics and condoms, and make an effort to understand the real and very complex contributions of faith-based health providers across Africa.

For many years, analysts of international development and public health were “religion-blind.” In the past decade, however, there has been a significant resurgence of interest in faith-based health providers, traditionally referred to as “mission” hospitals and clinics.

Missionaries established many of Africa’s modern health systems, and, at independence, faith-based health providers often were responsible for most modern medical services.

Yet there are still large differences between African countries. South Africa, for example, has nationalized most of its faith-based providers, while others, such as Mali, have only a handful of such providers. Still others are witnessing a new growth in Islamic health care. In more than a dozen countries, however – including the Democratic Republic of Congo, Sierra Leone, Zimbabwe, Malawi, Rwanda, Uganda, Tanzania, Zambia, Lesotho, Benin, Ghana, Kenya, Nigeria, and Cameroon – the faith-based market share of health providers is sometimes estimated at over 30%. 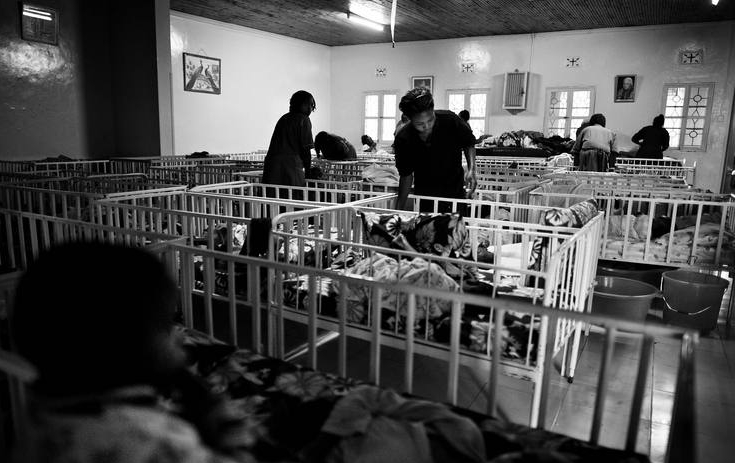 In these countries, faith-based providers are grouped as part of the private, nonprofit sector, and often integrate themselves into national health systems by agreeing with the government to provide specific services.

Yet faith-based providers are often more “public” than “private” in both practice and ethos. They often fill gaps left by others, or are designated district hospitals to which other private or lower-level public facilities report. The most obvious example is the DRC, where a coalition of churches and faith-based providers manage and operate more than half the national health system.

As nonprofits, faith-based providers are well positioned to address the broadest possible range of health and human rights issues, from nutrition and immunization to infant mortality. Anecdotal evidence abounds about their added value, but systematic research is lacking. The debate over their utility, moreover, is hampered by the fact that commentators tend to overwhelmingly focus on HIV/AIDS or sexual and reproductive health.

There has been a recent increase in new research that adds nuance to the conversation and highlights potentially meaningful areas for consideration. For example, do faith-based providers offer better quality health care and more financial flexibility to the rural poor? Or, perhaps, do they offer more compassionate care than others, by treating patients more holistically, and spending more quality time with them?

Human rights advocates typically see access and quality of care as a way of upholding human dignity. Do faith-based providers respect their patients’ dignity more than their secular counterparts?

We don’t really know, as the evidence is only now emerging. We do not know, for example, whether higher levels of compassionate care are an innate characteristic of faith-based workers, or a function of hospital governance and management style.

Other areas of potential interest include:

What about sexual and reproductive rights?

Critics worldwide attack faith-based organizations, and Catholics in particular, for their poor record on these topics. Volumes have been written about Catholics, health and human rights in relation to sexual and reproductive health, and the discourse is often bitter and accusatory.

On the ground, however, the reality is more complex – as is demonstrated in a recent research project by CORDAID on Catholic health providers in Cameroon, Ghana and Malawi.

To illustrate, I have pulled together a number of examples from this research into a hypothetical “case study.” I’ve withheld the names of countries and individuals to protect participant privacy.

Complexities on the ground

In an unnamed African country at a large Catholic hospital, which we will call “St. Mary’s,” all levels of health workers are making complex human-rights based decisions daily.

All lower-level clinics report to this large district hospital, which in turn reports to the Ministry of Health, as well as to the diocesan bishop. While the Catholic Church itself may be hierarchical, this is in fact a highly decentralized system, with each facility operating individually. The manager of St Mary’s has much autonomy, but seeks to keep the hospital’s culture true to the Catholic mission. The hospital has maternity services, public health outreach, HIV/AIDS and TB clinics, as well as a range of other services.

Though government policy bans abortion, public health facilities do promote both natural and artificial methods of contraception. St Mary’s, however, despite being a designated district hospital, forbids promotion of artificial contraception or sterilization. In cases of medical need, patients may receive either on a case-by-case basis, after discussion between the chaplain and the patient’s doctor.

In reality, however, St. Mary’s nurses typically do hand out condoms to patients, but conceal this from superiors. Though “natural contraception” is church policy, no one at the hospital actively promotes it. Further, the government has stationed an employee at the hospital to conduct child health services such as immunization, but this employee also conducts community outreach, including promotion and provision of artificial contraception. The bishops and managers of St Mary’s have approved this so long as no one openly promotes or distributes artificial contraceptives on hospital grounds.

To add to the many complexities, various external funders have expressed interest in collaborating with St Mary’s – all of which maintain their own respective (and often conflicting) policies. For example, one long-term partner, an international (Catholic) development agency, promotes a policy of “informed-decision making.” This suggests that all patients should be provided with full information and referral to other facilities when St. Mary’s cannot provide the service itself, which most obviously applies to sexual and reproductive health issues.

Such contradictions have prompted bishops to become more engaged at a national level and re-examine their stance on sexual and reproductive health policies. The Catholic Bishops Conference of this particular country, for example, is currently debating the theological issues surrounding the provision of condoms to HIV/AIDS-discordant couples (where one person is HIV-positive and the other is not).

Time to widen the lens

This amalgamated “case study” shows that the operational context of faith-based providers is complex and contains multiple influences, including decentralized systems and health workers who privately “follow their conscience,” whatever that may be.

The human rights issues are fairly messy, too, and undermine any simplistic arguments regarding Catholics, rights and condoms. Opponents of the church’s stance on contraception argue that it is a violation of the individual’s right to health; to maternal, child and reproductive health; to participate in health-related decision-making, and to access health-related Information.

It is not so easy to argue that Catholic health providers in Africa provide less access to sexual and reproductive health than other health providers, or that the rights of their patients are especially undermined. In truth we find a complex weaving of overt and covert activities, and the negotiation of multiple and conflicting policy influences, of which Catholic theology is only one influence.

We must reject simplistic statements about religion, health and human rights, and instead come to a more nuanced understanding of faith-based providers.

Dr. Jill Olivier is research director for the International Religious Health Assets Programme at the University of Cape Town’s School of Public Health and Family Medicine.