Obsessed with pushing spatial boundaries, the human rights community left aside concerns about time. It now must refine its long-term goals as well as its short-term response capacity. 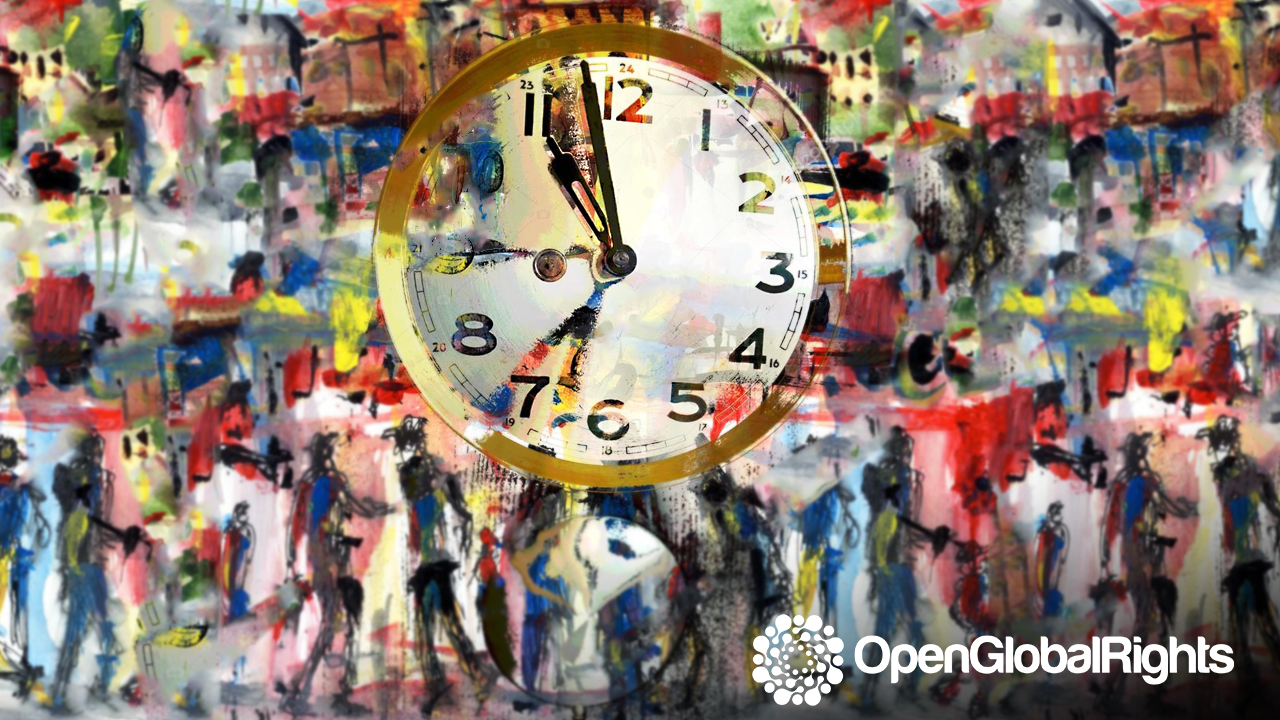 If the late 20th and early 21st centuries were a period of concern about space, I believe that time will be the most dominant variable in the remainder of this century, both in human rights as in other fields of practice and thought.

Globalization was a spatial phenomenon by definition: the expansion of markets across the world, the connection of the last corners of the globe to telecommunication networks, and the transnational rise of neoliberalism. Although the human rights movement was one of the sources of criticism and resistance against the inequities of globalization, it remained more focused on space than time. It concentrated on the global dissemination of human rights standards embodied in treaties and agreements, which became part of the language and common sense of global governance. Obsessed with going beyond the barriers of space, we—human rights analysts and activists—left aside the concern about time, as if globalization was effectively the “end of history” proclaimed by Fukuyama.

Today we know this was a hasty diagnosis not only because nationalism is building up walls of hatred around the world, but also because our disdain for time is taking its toll. If more evidence was needed that history did not end with the victory of liberalism and human rights, the recent elections results that consolidated illiberal democracies from India to Brazil are proof enough.

The time to cope with the climate crisis with conventional measures has also passed. My generation (X) was a product of globalization and it wasted the 30 crucial years it had to take gradual steps against global heating. Today generation Z teenagers go on school strikes to remind us of what scientists from the UN intergovernmental panel on climate change concluded: to avoid the most catastrophic climate change scenarios and the subsequent human rights crisis, urgent measures that cut carbon emissions in half by 2030 at the latest are the only way out.

Recovering time also means changing the way we think about it. When globalization was booming, the prevailing disciplines, from geography to political economy and international law, focused on space. Today it is necessary to learn from other fields that hold a fuller understanding of time, such as biology and geology, considering that they are more connected with temporal phenomena such as the evolution of species and the formation of climate.

As geologist Marcia Bjornerud recently wrote, “an acute consciousness of how the world is made by—indeed, made of—time" is what is required. This vision means practical changes based on “timeful” ideas and proposals as beautifully expressed by Bjornerud.

I suggest two examples of “timeful” ideas related to human rights. The first is to acknowledge the rights of future generations. As George Monbiot wrote, the Universal Declaration of Human Rights falls short when it states “all human beings are born free and equal in dignity and rights.” The Declaration considers only present generations because its provisions do not prevent them from leaving an uninhabitable planet to future generations. A missing article in international law should state that “every generation has an equal right to enjoy natural resources” as Monbiot suggests.

Another timeful proposal is the declaration of constitutional emergency to address the climate crisis and the consequent rights violations, just as emergencies are declared to allow for exceptional measures during economic crises or wars. Today we know that, unless we face climate change with the same urgency and scale that is required by a world war, global warming will cause an economic collapse much worse than the 1929 great depression and a death toll greater than that of both world wars combined.

For this reason, England and Ireland declared a constitutional emergency to face the effects of climate change and the massive loss of animals and plants. Other states should follow for those very same reasons.

These are ideas that are supported by social movements with an acute awareness of time: the wave of student strikes for the rights of future generations, and the series of rallies led by organizations like Extinction Rebellion to protest against inaction against climate change. While the former reminds us of the importance of long-term of thinking, the later underlines short-term action.

The human rights movement should learn from these other movements. Therefore, it has to refine its long-term goals as well as its short-term response capacity. In regard to the first, thinking ahead of long-term trends is one of the blind spots of human rights players, like NGOs and philanthropic donors. We are habituated with one- to three-year planning and funding cycles, often failing to anticipate fundamental changes that require preparations now, but that will take place within ten to twenty years. An example is the deep changes in concepts and practice in human rights that will come about as a result of new technologies, like artificial intelligence and gene editing.

At the same time, human rights actors struggle to react with the necessary urgency in the short term. Human rights organizations have been more likely to give sluggish responses to existential challenges, such as the dissemination of authoritarian populism or climate change, possibly as a result of the inertia of conventional strategies. For instance, naming and shaming states that violate human rights are strategies that no longer work as before in a world of shameless populist leaders. Nor do they work in a fast-paced world where some of the most serious threats to human rights do not come from states but from private corporations, whose social platforms can help destabilize electoral processes in a matter of days.

If the human rights movement hopes to have a future, it will have to take time seriously.