Are we facing hard times for human rights, or are these ups and downs in global affairs to be expected with liberal norms and principles?

Zbigniew Brzezinski, President Carter’s national security advisor who passed away this year, wrote in 1990 that: “Human rights is the single most magnetic political idea of the contemporary time.” Various scholars have come to contest the accuracy of this view when applied to recent international relations—even before the election of Donald Trump and his evident downplaying of the subject.

Recently, I reviewed four leading critics of international human rights. Stephen Hopgood, for example, considers attention to human rights by states at the United Nations and similar organizations as little more than Western cultural imperialism. Samuel Moyn writes that the push for universal human rights is another utopian project, sure to fail, similar to communism and national liberation movements. Eric Posner also considers human rights in Western foreign policy as misguided do-goodism toward developing nations and much inferior to more practical efforts like economic assistance. Finally, Emilie Hafner-Burton thinks the only way out of the current human rights disappointments is to align action with the national interests of guardian states—evidently Western.

These four scholars make many valid points helping to explain the pervasive frustration felt by those who hoped the idea of human rights might give us international politics with a more human face. Yet in Hopgood’s use of the International Committee of the Red Cross as an example of a “European civilizing project”, he seems to misunderstand the ICRC, which lacked overall control over the Red Cross Movement, accepted two emblems in addition to the Red Cross, was unwilling to withdraw recognition from the National Red Cross and Red Crescent Societies, and did not pass public judgment on most states. That’s very weak Western imperialism if imperialism at all.

Similarly, Moyn’s argument is off base that human rights took off in the 1970s only when other utopias had failed. Soviet-led communism was widely known to have failed at the liberation of humanity long before then, and national liberation movements in fact had largely succeeded in their struggle against colonialism. Those movements never spoke with one voice about the nature of governance after the colonialists were thrown out.

Poser simply assumes, incorrectly, that the idea of human rights is for foreign consumption and has no value added for the United States and the rest of the West. However, the European Court of Human Rights is literally drowning in its case load, and the United States fumbles and bumbles as it tries to avoid a human rights approach to health care—the only advanced democracy to take that perilous path. Then there is the sorry state of the US prison system, which could certainly benefit from many international norms on the subject if it would only look.

Hafner-Burton stays on target in her analysis but her proffered solution for disappointment compounds a basic problem: taking action for human rights only when Western national interests allow does make the human rights project look imperialistic. The “cure” really does exacerbate the “disease”.

These four critical views were being developed before Brexit and the British vote to leave the European Union, before the election of Donald Trump with his highly nationalistic priorities for US policy, before Vladimir Putin was so clear in endorsing an autocratic and atavistic role for Russia, and before President Xi Jinping in China emerged as the most repressive leader there since the more relaxed atmosphere of the Deng era. All of these recent developments and more confirm that the idea of universal human rights is indeed headed for hard times. Many important states are determinedly autocratic at home and brutal in foreign policy: China, Russia, Saudi Arabia, and Iran are just a few examples. Many democratic states display self-serving double standards, applying human rights arguments to enemies but not to friends: for example, the United States and Britain when it comes to Saudi Arabia and Iran. Brzezinski himself knew the mischief that the human rights discourse could do to Russia, while he downplayed that rhetoric regarding China.

A central question, then, is whether these hard times—characterized by what The Economist has called the emergence of a “new nationalism” and pursued by autocrats (whether elected or not) with increased military budgets—spell the death rattle of internationally recognized human rights as we have known them. Or might contemporary affairs be more accurately seen as part of the expected ups and downs in attention to liberal norms and principles? After all, since 1215, the agreement known as the Magna Carta, with its principle of limited or constitutional government, has been endorsed, ignored, bypassed, forgotten and rediscovered. Should we expect the same roller coaster ride for the 1948 Universal Declaration of Human Rights and its normative progeny? 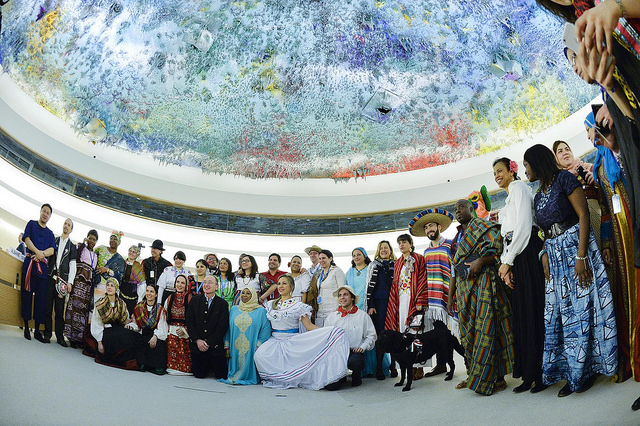 Arguably, these kinds of documents depend on human agency in context: who pushes them in national and international politics, and with what skill and fervor. No outcome is guaranteed. There are always illiberal counter-narratives to these types of progressive documents. Champions of the latter must engage with the former, as it is with contesting modern forms of slavery or securing equality for women, and so forth.

What is necessary is upholding the norms even when inconvenient. A leading example is Senator Howard Baker of Tennessee who stood for constitutional government and rule of law in 1974 even if it meant moving against President Nixon of his own Republican Party. Some things are more important than politics as usual.

What is not helpful are incidents like Secretary of State Rex Tillerson calling out Iran on human rights violations, of which there are many, while remaining silent about Saudi Arabia’s export of militant Islam via religious schools in places like Pakistan and Bangladesh. The continued widespread practice of those kinds of double standards, collapsing human rights into state strategic maneuvering, will indeed do much, maybe fatal, damage to universal human rights.

A lesser concern is Trump talk about boycotting the UN Human Rights Council. First, it has not happened yet. Second, George W. Bush withdrew from the Council and then Barack Obama opted for renewed engagement. Third, Ronald Reagan withdrew from UNESCO temporarily and that too proved less than transformative. Modern Republicans often placate their base by emphasizing what they see as unfair treatment of Israel, seeking to score political points by lashing out at some UN agency.

Yet Republicans attacking the UN Human Rights Council for double standards would do well to recall that Reagan supported those running death squads in El Salvador and attacking civilian structures in Nicaragua—all in the name of anti-communism. George W. Bush authorized torture of terror suspects held by the CIA and the military after 9/11. Trump in his campaign rhetoric demeaned women and Mexicans, inter alia. So far courts have struck down his travel ban regarding certain countries as evidence of religious bias against Muslims. While the Council, consisting of states, sometimes does exhibit bias, the US does not always have clean hands in human rights matters.