Human rights are not losing traction in the global South

In the debate on whether human rights have stalled, analysts are ignoring huge strides in socioeconomic improvements in the global South.

Stephen Hopgood’s The Endtimes of Human Rights by and Eric Posner’s The Twilight of Human Rights Law have set off an important debate about whether human rights have run out of steam as a force for human progress. Other commentators such as Sam Moyn have argued that human rights no longer have the power to mobilize international condemnation and moral pressure against totalitarian regimes. Posner argues, for example, that the rapid expansion in the ratification of human rights treaties since the 1990s has had no impact on the respect for human rights. Further, since the end of colonization, human rights movements such as the right to self-determination, the civil rights act in the US, and overall equality in the US have run out of steam.

Human rights are about...moral politics expressed as or clothed in law.

Yet there are other ways of understanding the process of human rights progress. As Michael Ignatieff forcefully argued at a recent conference at Kings College, human rights is not about international law but about politics: “moral politics expressed as or clothed in law”. And the politics is not just about foreign policy goals of powerful states.

There is plenty of energy in the politics of disenfranchised people claiming human rights and states challenging powerful governments, corporations and other global actors. And these politics have gained momentum in recent decades. In India since 2004, civil society mobilization and judicial activism have led to a series of legislation to secure the rights of ordinary people for a life of dignity; the right to information, food, employment, forest resources, education, and access to basic social services. Indigenous peoples—from Norway to the Philippines to Brazil—have mobilized a global movement, protesting suppression of their language and culture, exploitation of the natural resources on which their livelihoods depend, holding governments to account and bringing in new legislation to protect their rights. Academics and activists have demanded accountability of corporations when they exploit workers and do environmental damage, and have pressured the international community to develop norms and a binding convention to govern corporate conduct. These are but a few examples of a multitude of small and large actions being taken. The politics of human rights claim-making is alive and well in the global South. 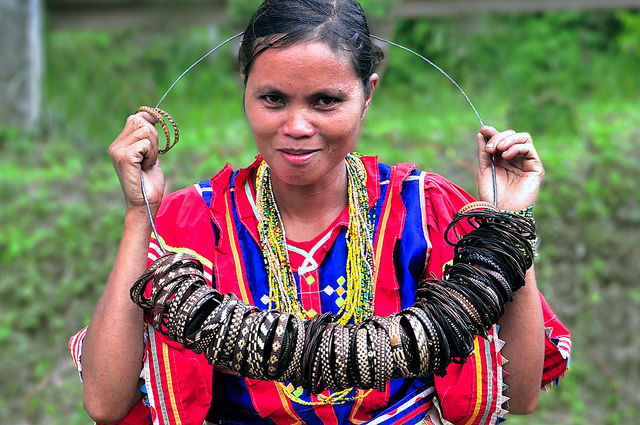 An indigenous Filipino woman sells bracelets. Indigenous peoples—from Norway to the Philippines to Brazil—have mobilized a global movement, protesting suppression of their culture and exploitation of natural resources.

However, the end of totalitarian rule is not the focus of this claim-making. It is for a broader understanding of life of freedom and dignity that encompasses civil, political, economic, social and cultural rights. Claims for equality in economic and social rights are most often at the centre of the political mobilization. And with the advance of economic globalization, human rights are beginning to serve as a check on the excesses of the neoliberal economic model. The access to medicine campaign networks have been demanding the human rights to health and protesting patent rules in trade treaties that maintain prices medicines at levels beyond reach of people whose lives they can save. They pressured governments and corporations to pass the Doha Declaration, reaffirming the legal right of national governments to use flexibilities in trade agreements to protect the human right to health of people within their borders. They negotiated with governments and corporations for pricing and purchase arrangements that brought the cost of HIV retroviral medications down from over $10,000 to around $100 for a course of treatment per year per patient, saving millions of lives.

Has there been perceptible progress in the realization of human rights? The answer is most certainly yes in the respect for socioeconomic rights and ending absolute poverty. The last decades have seen a steady improvement in poverty, child survival, and many other dimensions of human development.  Did this have something to do with human rights? In our recent book Fulfilling Social and Economic Rights (OUP 2015), Terra Lawson-Remer, Susan Randolph and I use a new human rights measure—the SERF Index—to demonstrate empirically a steady improvement in government compliance with their obligations to fulfill social and economic rights. And much of the biggest gains have been in the countries of Africa, Asia and Latin America. Freedom from hunger and malnutrition, premature death, exploitative work, homelessness and illiteracy are not as visible as the release of a prominent political prisoner. But they are as essential to a life of freedom and dignity as the freedom of speech.

What is behind this trend?  Not the ratification of human rights treaties, nor government social spending, nor a regime of democracy according to our statistical analyses. We found that the single clear driver was gender equality.  Societies with greater gender equality achieve higher fulfillment of economic and social rights for all members.  This should come as no surprise—empirical research has long established the strong role of gender equality in improving schooling, health, food security and economic growth.  But this also shows that the advance of human rights is not a process of implementing laws that spring up in conference rooms of the UN but a process of sustained social change driven by the agency of people claiming their rights.

Sakiko Fukuda-Parr is a Professor of International Affairs at the The New School and the coauthor—with Terra Lawson-Remer and Susan Randolph—of Fulfilling Social and Economic Rights, OUP 2015, the recipient of the 2016 American Political Science Association’s  award for Best Book in Human Rights Scholarship.