Homegrown nativists in the U.S. dislike both Jews and Muslims, which could help both groups work toward mutual understanding. 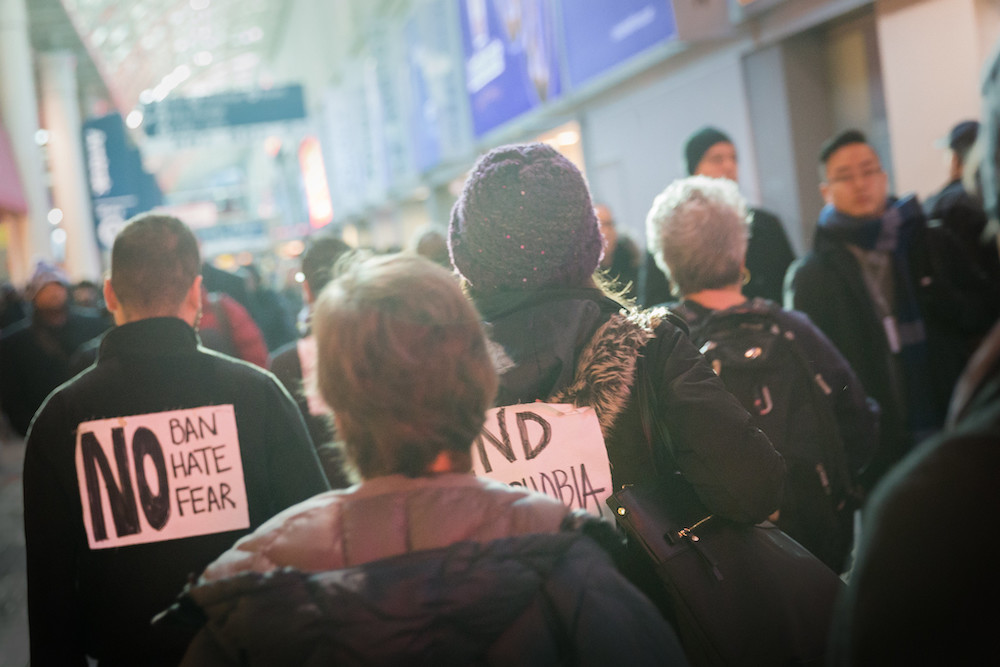 President Trump seeks to drive a wedge between American Jews and the Democratic Party. He claims that the Republican Party is more concerned with protecting Jewish people at home and abroad. He also wants to stoke tensions between American Jews and American Muslims. He loves to attack the Democratic Congresswomen Ilhan Omar and Rashida Tlaib, among others, as anti-Semitic because of their positions on United States policy toward the Israeli-Palestinian conflict.

Our survey research, however, indicates that the biggest threat to the rights of the Jewish people comes from homegrown American nativists—defined here as people who believe in prioritizing the rights and needs of white, Christian Americans. These people dislike all manner of groups they view as foreign to this country, and our research shows that they are even more vehemently opposed to Muslims than they are to Jews. American Jews and American Muslims thus have a common adversary who are to be found, for the most part, among Mr. Trump’s most committed supporters.

Our claims are based on a poll we conducted in late 2018 with the help of YouGov, a survey research firm, that queried a 2,000-person, nationally representative sample of American adults.

What shapes the views of Americans on the importance of Jewish and Muslim rights at home and abroad? Mr. Trump suggests that party affiliation—being a Democrat or a Republican—matters most. But what do the numbers show?

To find out, we ran a statistical analysis predicting respondents’ views on the importance of protecting Jewish rights as a function of being a Republican or a Democrat. We then added a number of other factors including age, financial worry, religious identity and education level.

Deeper statistical analysis suggests that the underlying orientation driving respondents’ views on Jewish rights is nativism—that is, the prioritization of white, Christian Americans. To measure nativist opinion, we combined responses to a number of questions about the perceived vulnerability of whites in America; resentment of policies aimed at helping African-Americans overcome legacies of discrimination; and views toward immigration and refugee policy. Responses to these questions, we found, cohered together statistically, indicating that they represented a deeper core belief.

In a separate statistical analysis, we compared the impact of party identification and nativism together on respondents’ beliefs in the importance of Jewish rights. Once nativist sentiment was taken into consideration, simply identifying as a Republican made you no less likely than identifying as a Democrat to believe in the importance of Jewish rights. It was the degree of nativist sentiment that mattered most. The most ardent nativists were 27% less interested in protecting Jewish rights at home than the least nativist. Strong nativists were 37% less interested in protecting the rights of Jews living abroad.

Our calculations suggest that just over 20% of the adult population in the United States is made up of strong nativists—that’s roughly 40 million people.

Our analysis offers some stark facts about anti-Semitism and Islamophobia in the United States. First, there is indeed a group in this country that is skeptical of Jewish rights, and it numbers in the tens of millions. Contrary to Mr. Trump’s warning, however, these people are barely found among those who identify with the Democratic Party. They cluster most heavily among adherents of the Republican Party and the president himself.

Second, despite understandable tensions between American Jews and American Muslims over Middle East policy, both communities face the same domestic detractors. American nativists dislike them both and believe that Jewish and Muslim rights are relatively unimportant.

As the debate over Ms. Omar, Ms. Tlaib, the Jewish community and President Trump percolates, keep in mind that Jews and Muslims have a common antagonist: Trump-supporting nativists. It would be better for American Jews and American Muslims to work together against this shared local threat than to snipe at one another over policy disagreements about the Middle East.

This article was first published in the Opinion section of The New York Times.