Republicans are revisiting a move to withdraw from the United Nations and related human rights treaties—what would this really mean?

Only a few weeks into Donald Trump’s presidency, Republicans have renewed their vigor to break with the United Nations and America’s human rights commitments. The first working day of 2017 saw the re-introduction of the American Sovereignty Restoration Act to the House Committee on Foreign Affairs.  It proposes, as if it were so simple, for the US to withdraw from the UN, among other multilateral bodies, to “repeal” participation in all agreements with the UN, and to cease all payments to the UN, for peacekeeping missions and otherwise.

The renewed push to break with the UN follows closely from a Security Council resolution which condemns Israel for its settlements in Palestinian territory.

Representative Mike Rogers of Alabama has proposed this gem before. Much of the criticism of the UN from Rogers’ camp stems from the perceived infringement of American sovereignty posed by environmental agreements, arm trade treaties, and—bizarrely for a party now so closely aligned with the neo-Nazi movement—anti-Israel bias. The renewed push to break with the UN follows closely from a Security Council resolution which condemns Israel for its settlements in Palestinian territory.  Rogers is joined in this criticism by Senator Marco Rubio of Florida, who has called the UN a “forum for anti-Semitism”, and Senator Ted Cruz, who has urged US funding of the UN to be ceased until the resolution is withdrawn. 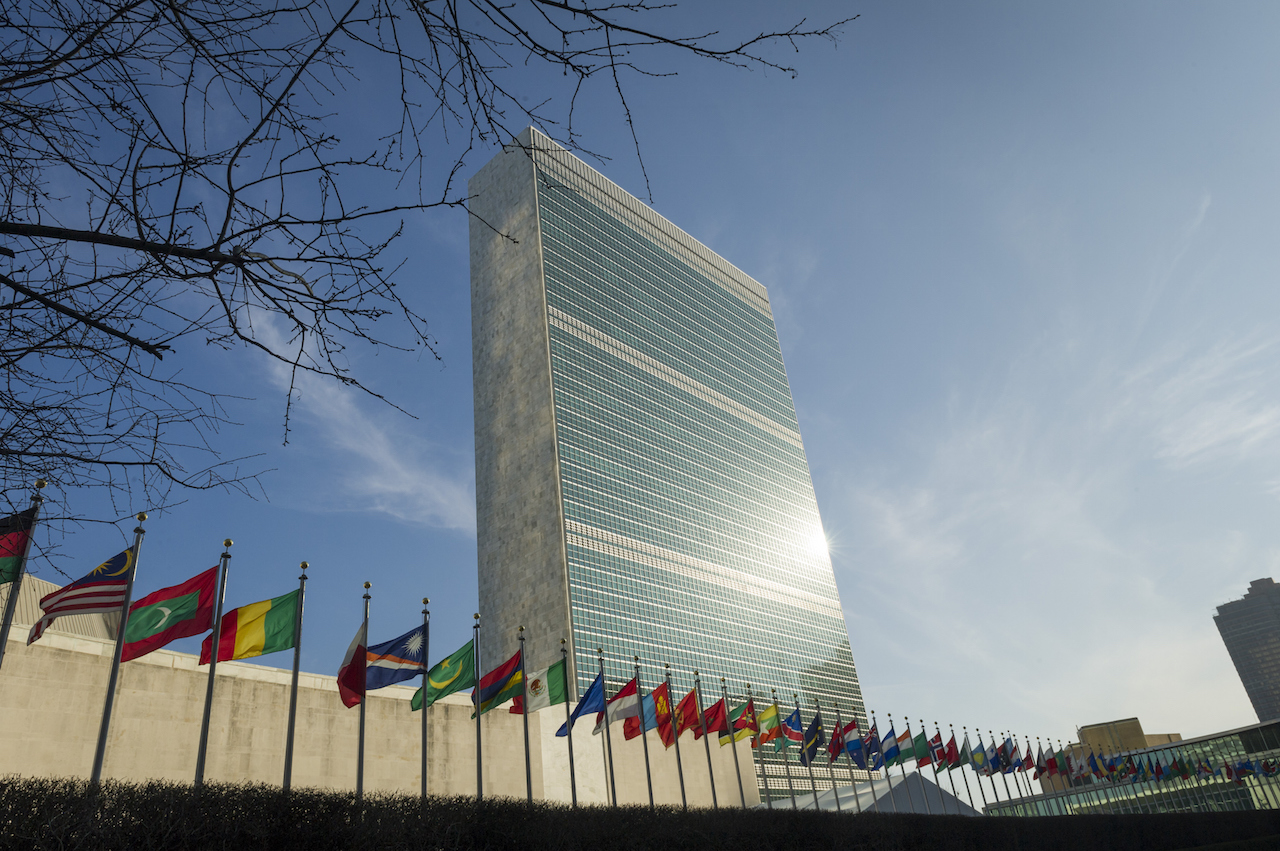 The UN headquarters in New York provides thousands of jobs for Americans in direct employment, and many thousands more in procurement for goods and services.

I sincerely doubt the bill’s sponsors know much about the breadth of the UN’s work, nor the extent of our meaningful cooperation with it. For starters, as a permanent member of the UN Security Council, the US retains a “veto” over Security Council resolutions—including the budget. The US has exercised this veto numerous times in support of Israel’s position regarding Palestine. Moreover, contrary to Rogers’s claims, state sovereignty remains the overarching principle of international law and the UN relies on the cooperation of member states.

For example, consider the ineffectiveness of US sanctions against Cuba in achieving any change in Castro’s regime. Similarly, the US sanctions continued against Iran for decades without effect, but within four years of EU and UN multilateral sanctions, Iran agreed to groundbreaking limits on its nuclear capabilities in the Joint Comprehensive Plan of Action. The UN headquarters in New York also provides thousands of jobs for Americans in direct employment, and many thousands more in procurement for goods and services.

Next, the New York Times has reported on two draft Executive Orders which, if signed, further betray a US commitment to human rights. First, the “Auditing and Reducing US Funding of International Organizations” order proposes to terminate funding for any UN agency or other body that commits the vague error of “oppos[ing] important United States policies”. In the surest rejection of the principles underlying the UN and human rights declarations, this order specifically calls to defund the United Nations Population Fund, an arm of the UN which implements women’s’ reproductive and family health programs, and UN peacekeeping operations. The US contributes more than 20% of the UN’s general budget, and 28% to the UN’s peacekeeping budget. An outright withdrawal could spell devastating impacts on the UN’s vital humanitarian work, including responses to the refugee crisis and global pandemics. Recent reports indicate Trump’s budget proposes to immediately slash funding to the UN by up to 37%.

Second, the bluntly-named “Moratorium on New Multilateral Treaties” order aims to extract the USA from various treaty obligations. The draft order suggests two particular treaties for review (and presumably, withdrawal): the Convention on the Elimination of All Forms of Discrimination Against Women (CEDAW), and the Convention on the Rights of the Child (CRC). In context, this review won’t change much: the USA is one of the few countries, along with Iran, Somalia and Sudan, which has never actually ratified CEDAW.  Of course, state signatories’ compliance with UN treaties varies widely. Some Muslim-majority countries have signed on to CEDAW with reservations to permit derogations under sharia law, some of which arguably could defeat the purpose of CEDAW.  Yet the US has shown itself unwilling to ratify CEDAW even with reservations.

CEDAW has been put up for ratification several times, including during George W. Bush’s administration. Opponents cite familiar arguments such as US sovereignty and the Constitution, some arguing that the treaty harms women and children by redefining women’s roles.. Those from the conservative right have argued that stipulations against discrimination based on sexual orientation disrupt traditional marriage, and that the treaty encourages abortion. US opponents to the CRC primarily argue that it takes away parental rights and their authority to discipline their children. Rather than becoming a leader in progressing human rights, successive US governments have caved to powerful right-wing minorities each time these treaties come under review.

Human rights are primarily binding via the International Covenant on Civil and Political Rights (ICCPR) and International Convention of Cultural, Economic, and Social Rights (ICESCR). There is some precedent for trying to withdraw from these, but not one that America should emulate: North Korea tried to withdraw from the ICCPR in 1997, but the Human Rights Committee concluded that ICCPR rights cannot be waived by the state.

The UN, and its corresponding human rights regime, was founded on the principles, declared by the US, of “four freedoms”—freedom of speech, freedom of worship, freedom from want and freedom from fear. The US is (supposed to be) founded on these same principles.  Perhaps Republicans believe that Americans are already adequately protected by the Constitutional Bill of Rights. A less generous conclusion could be that Republicans seek to free the US government from UN pressure to address pervasive discrimination and deprivations of civil rights in violation of the ICCPR, CEDAW, and CRC.

There are many legitimate criticisms of the ICC and of the UN system. Indeed, the UN’s inability to act without state consent is often cited as one of the main culprits for its perceived inefficacy in addressing states’ human rights violations. But Republicans must understand that wholesale withdrawal from the UN, and specifically from human rights treaties—besides the real human impacts of cutting funding—sends a distinct message about the position of human rights under international law.  We will gain more by remaining in the UN and contributing to the international rule of law and order. We all stand to lose by throwing the human rights baby out with the bath water.