Indonesia used to have a reputation of tolerance, but inflammatory rhetoric from politicians has led to an increase in violations against the LGBTI community, forcing human rights advocates to fight harder for equality.

LGBTI people have always existed in Indonesian culture and society—long before the genesis of the nation itself. The Bugis people in Sulawesi recognise five genders that maintain the balance of Mother Nature in accordance with their codex, Sureq Galigo. In Central Java, the tradition of the Lengger Lanang cross-gender dance still flourishes to this day. In Papua, some indigenous tribes have performed male-to-male sexual initiation as a coming-of-age tradition for thousands of years.

In recent years, however, as conservative religious groups gain prominence in the political arena, LGBTI rights are increasingly being violated by the Indonesian government, which enforces gender and sexual orientation norms on individuals through customs, laws and violence. The recent wave of crackdowns began in 2016, when some conservative politicians began espousing inflammatory anti-gay rhetoric.  This is a new and frightening wave of intolerance against LGBTI people in what was once considered a fairly tolerant nation amidst rising Islamic extremism in the region.

This is a new and frightening wave of intolerance against LGBTI people in what was once considered a fairly tolerant nation amidst rising Islamic extremism in the region.

In the Indonesian context, the human rights concept—including the guarantee of LGBTI rights—emerged from Pancasila, the Indonesian state philosophy developed by then President Sukarno in 1945. In fact, the national motto Bhinneka Tunggal Ika, translated as “unity in diversity”, declares the essential unity of all citizens regardless of ethnic, regional, social or religious differences. In addition, the Yogyakarta Principles—launched in 2007 by a group of 29 human rights experts to establish the application of international human rights law to sexual orientation and gender identity equality (SOGIE)—declare that human beings of all sexual orientations and gender identities are entitled to the full enjoyment of all human rights.

In his speeches, current President Joko Widodo mentions Pancasila and human rights repeatedly, and often at the same time. Jokowi stated that the government guarantees the right of everyone to express opinions or expression and to practice union or assembly, as long as it synchronous with Pancasila values. Thus, while being homosexual is not illegal in Indonesia, the increased policing of sexuality, and the lack of sufficient protective laws in Indonesia, are both major forces behind increasing gender-based violence and gender inequality in the country.

In 2017, for example, two men in Indonesia’s Aceh province were publicly flogged 83 times for having sex in their private room. A few days later, Indonesian police raided two gay saunas in Jakarta and arrested 141 and 58 people, respectively, for attending what was described as a “gay sex party”. The people arrested were charged with pornography offences; while same-sex sexual relations are legal outside of Aceh and South Sumatra provinces, the government regularly twists extremely strict anti-pornography laws to persecute LGBTI people. In October, the proposed broadcasting bill that will potentially ban LGBTI characters from national television was passed through the House of Representatives. Nonetheless, in December of last year, the Indonesian Constitutional Court rejected a judicial review attempt to criminalise consensual extramarital and same-sex relationships in Indonesia. The LGBTI community in Indonesia is thus technically protected by the law, but their reality is much different.

Other persistent forms of discrimination include harassment by health-care providers, difficulties in obtaining ID cards, and even rejection in the educational system. Such systematic discrimination makes LGBTI individuals highly vulnerable to HIV infection and mental trauma, both of which can lead to high rates of suicide.

According to a survey conducted by the Wahid Foundation in mid-2016, the LGBTI community in Indonesia is a minority group entitled to protection, especially as this community is the most disliked minority group in the country (the survey reported that 26.1% of respondents said that they disliked LGBTI people). Additionally, according to the Williams Institute of the UCLA School of Law, exclusion acts that hinder LGBTI people from exploring and developing their true potential were estimated to cost the Indonesian economy up to $12 billion in 2016 alone.

To survive the onslaught of discrimination, the LGBTI movement in Indonesia needs to be able to help itself. At the same time, the struggle for equality is not the sole responsibility of LGBTI people, but also of other persecuted local minority groups, feminists, and most importantly, allies in the straight community. Intersectionality is key for the advancement of the LGBTI rights and the human rights movement in general, and these communities must initiate a dialogue. The key is to educate people that the LGBTI concept is not a Western product nor construct, but has long been an integral part of Indonesian culture and society.

By opening a dialogue space, the LGBTI community can exercise their fundamental rights of freedom of expression and also educate people about the principle that it is not privilege nor special rights they seek to achieve, but equality before the law and to be regarded fully as human beings. Through dialogue, we could also build an understanding that sexual orientation and gender identity and expression are not a disease that has to be cured. 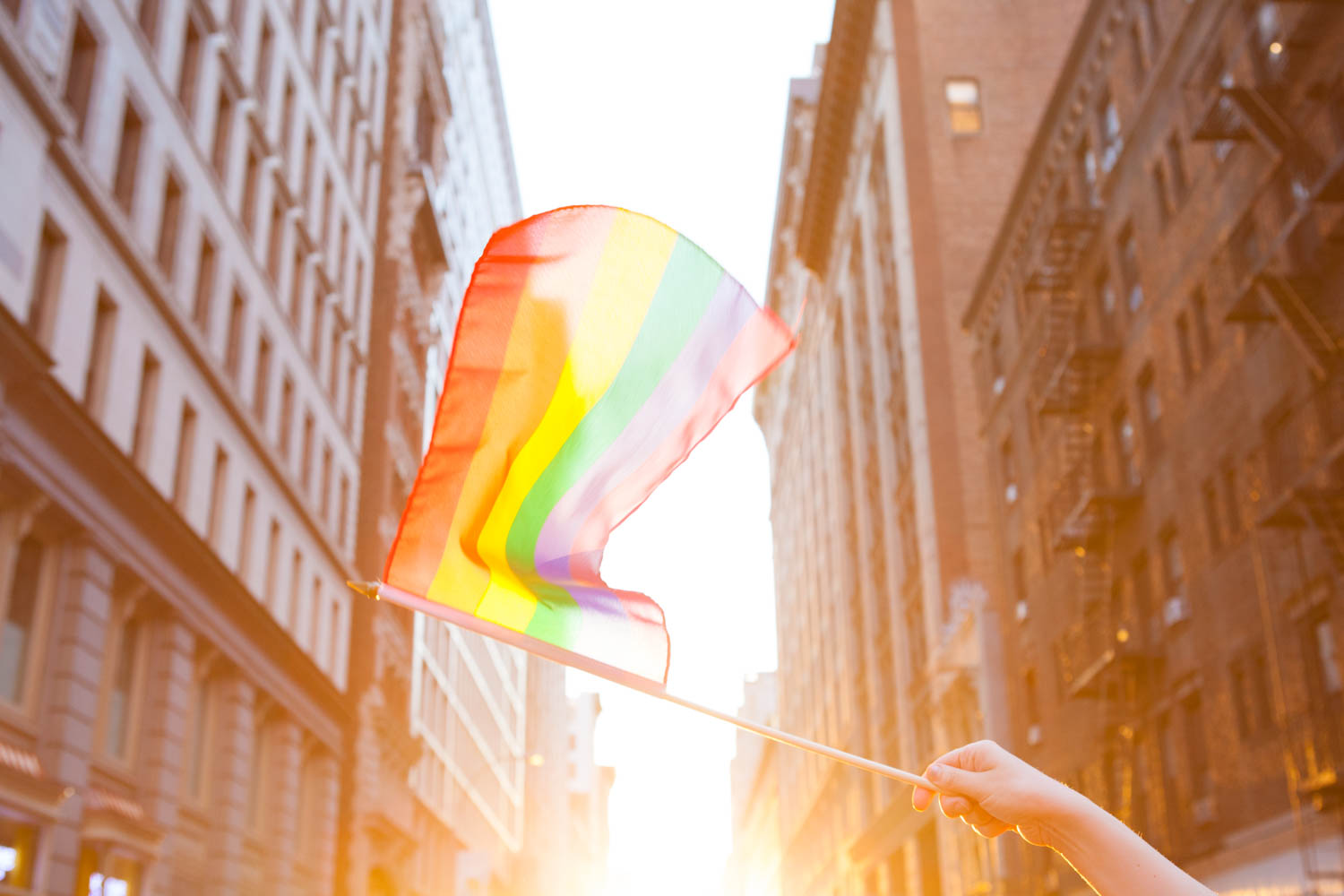 Indonesia struggles to uphold LGBTI rights and many have suffered prejudice, persecution, and human rights offenses as a result.

In recent years, communities, artists and musicians, cultural centres, religious institutions and even the National Commission on Violence against Women in the country have collaborated to promote equality. They have conducted book discussions, public lectures, and film festivals as a gesture of resilience and outreach to educate people on LGBTI issues.

Given the challenges that overshadow the movement, the LGBTI community should be prepared with protection and security measures. As a community vulnerable to persecution from the authorities and the extreme far-right organisations, understanding the legal means to defend themselves, as well as security training—whether offline or digital-based—is necessary for the LGBTI community. The expulsion of lesbian couples in Bogor by the authorities and the mob shows the importance of keeping hotline numbers of support organisations such as YLBHI (an Indonesian legal aid foundation) and Arus Pelangi (the Indonesian Federation of LGBTI communities).

After 72 years of independence, Indonesia still has a lot of work to do to liberate LGBTI people from structural discrimination and prejudice and to fulfil its dream of ideal nationhood. It is now within the hands of young Indonesian LGBTI people and their allies to abolish homo-, bi-, and transphobia and to create a better future where the next generations will not have to go through the same struggles for equality as this generation is going through today.