Americans seeking racial justice can learn a lot about protest and liberation from Africans. 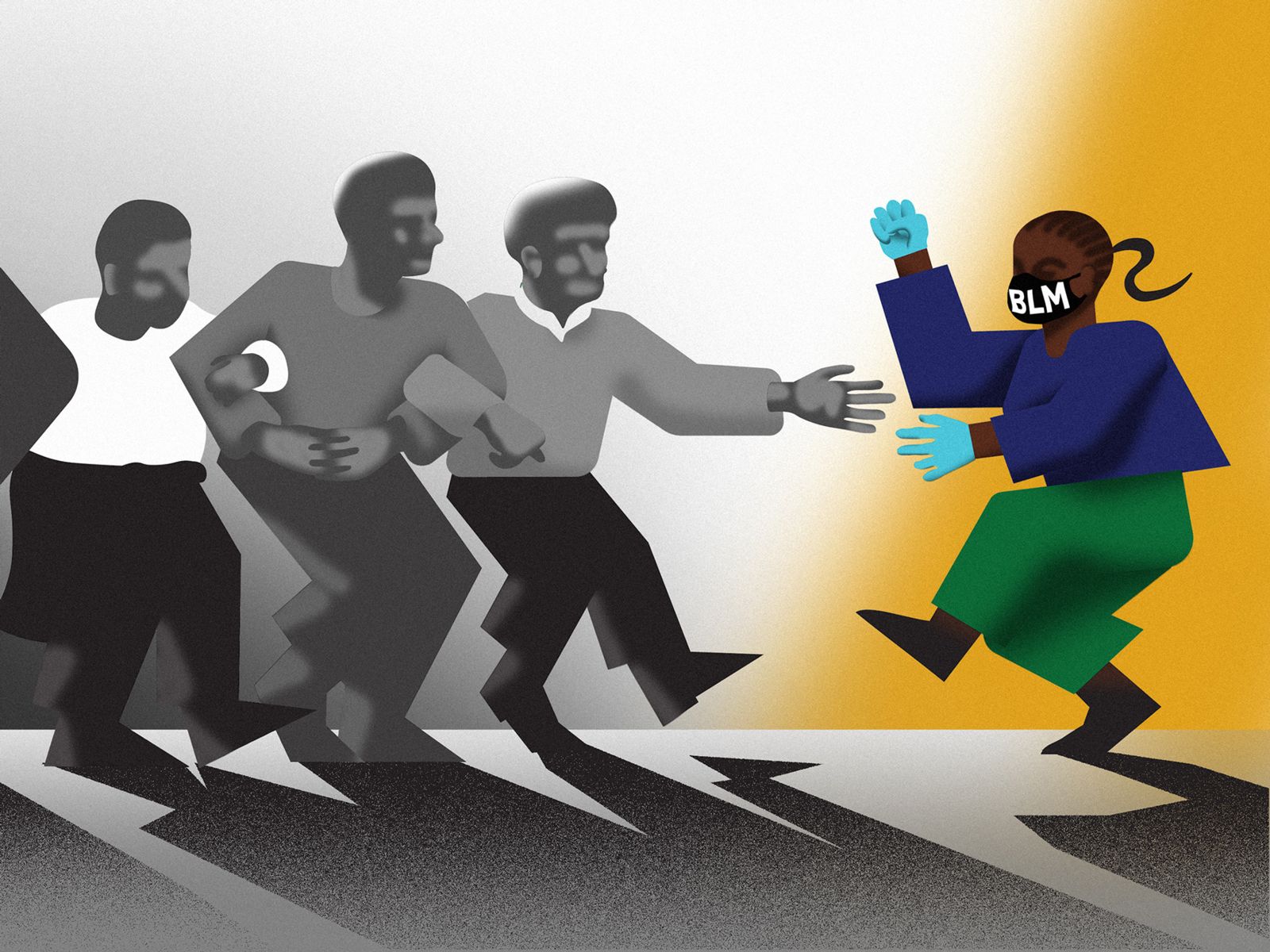 Even in times of crisis, Americans aren’t accustomed to taking advice from abroad, especially when it comes to democracy and freedom. But a wannabe authoritarian is now the president of the United States, and people across the country, and indeed around the world, are marching for Black lives after the police killed George Floyd and Breonna Taylor, and vigilantes killed Ahmaud Arbery. American exceptionalism is dead, but the American experiment continues.

So, where do we turn for guidance? Our history is full of examples of Black people pursuing freedom, but nearly everything I know about protest and liberation, I learned from Africans. Here are three lessons.

As a child of the 80s, a Black kid in the US, I watched anti-apartheid protesters on television toyi-toyi through the streets of South Africa and I was filled with pride. Their bravery as they confronted militarized police, defiantly dancing and singing struggle songs, inspired the world to believe that change was possible. Black South Africans fought a white supremacist regime to demand the same freedom of movement and full citizenship that Black people in the US had achieved a generation before. I wasn’t naïve about persistent American racism, but it seemed like the US was destined to lead and the global human rights movement was about helping everyone else to catch up.

Our history is full of examples of Black people pursuing freedom, but nearly everything I know about protest and liberation, I learned from Africans.

Now, as Americans suffer the daily cruelty of our current regime and reckon with our country’s original sins—genocide and slavery—the myth of our national moral leadership has evaporated. The protests in our streets have been defined by pain, rage, and anxiety about an uncertain future. But the current movement is also defined by its insistence on mass radical action, not unlike Steve Biko’s Black Consciousness Movement.

Defund the police. Abolish prisons. Big, structural change. These demands may be as revolutionary as dismantling the apartheid system. We will require the fearlessness of the toyi-toyi, with our feet pounding the streets, to achieve our goals.

Public order for whom?

The second lesson comes from Uganda, where I spent a lot of time as a human rights lawyer. Political repression has been a central feature of president Yoweri Museveni’s 34-year reign, and in 2013 the government passed the Public Order Management Act which gave the Inspector General of Police nearly unlimited power to declare public assemblies unlawful. The Act was used to shut down rallies by opposition political parties, protests against corruption, and even local Pride celebrations. Heroic efforts by Ugandan lawyers and activists, many of whom became my colleagues and friends, eventually got the country’s high court to rule that the worst parts of the Act were unconstitutional.

We will require the fearlessness of the toyi-toyi, with our feet pounding the streets, to achieve our goals.

In the face of an authoritarian government and unjust laws, people—many of whom are among the society’s most marginalized—stood up and demanded equality and justice. Working alongside Ugandan human rights leaders like Nicholas Opiyo, Julian Pepe Onziema, and Clare Byarugaba taught me that the least popular views can be the most important to protect.

The lesson: public order is often synonymous with public erasure. Look no further than Lafayette Square in Washington, DC, where security services cleared protestors with tear gas so that the president could take a photo in front of a local church.

The third lesson comes from a little country known as The Smiling Coast of Africa. The Gambia was for years both the home of the African Commission on Human and Peoples’ Rights—the regional body tasked with protecting and promoting human rights— and the dominion of noted strongman and crackpot president Yahya Jammeh. Colleagues from across Africa and I traveled back and forth to the African Commission several times a year to push for strong regional guidelines to protect the rights to association and assembly. All the while we dodged Jammeh’s henchmen and endured his threats.

It often felt futile. At the Commission, we dealt a few government officials and dignitaries who seemed more concerned about collecting per diem than protecting rights. And our endgame was stronger regional human rights norms that, while important, would not be binding on or enforceable by any government. But we persisted, and the Gambia changed dramatically around us. By 2016, Jammeh faced mass protests and eventually lost a popular vote. He didn’t go quietly, but he’s now in exile. Soon after Jammeh’s departure, the African Commission adopted progressive Guidelines on Freedom of Association and Assembly in Africa, and activists across the continent have been working some provisions into their national laws.

I learned in the Gambia that progress looks like toppling despots through mass mobilization, and it also looks like technocrats hammering out new rules for a freer world.

It should be comforting in these tumultuous times to remember that social upheaval is nothing new. It’s been a while since it last happened in the United States, but there are plenty of more recent, instructive examples if we are willing to look.

From Soweto to Kampala to Banjul to Brooklyn, the lessons are the same: Be bold. Protect dissent. Progress is possible. A luta continua.

Emerson Sykes is a staff attorney at the American Civil Liberties Union (ACLU), where he focuses on the intersection of free speech and racial justice. Previously, he was a Legal Advisor for Africa at the International Center for Not-for-Profit Law, an organization devoted to improving the legal environment for civil society, philanthropy, and public participation around the world.