Although UN human rights bodies have criticized the persecution of the Rohingya, UN agencies inside Myanmar have been far too deferential to the authorities. 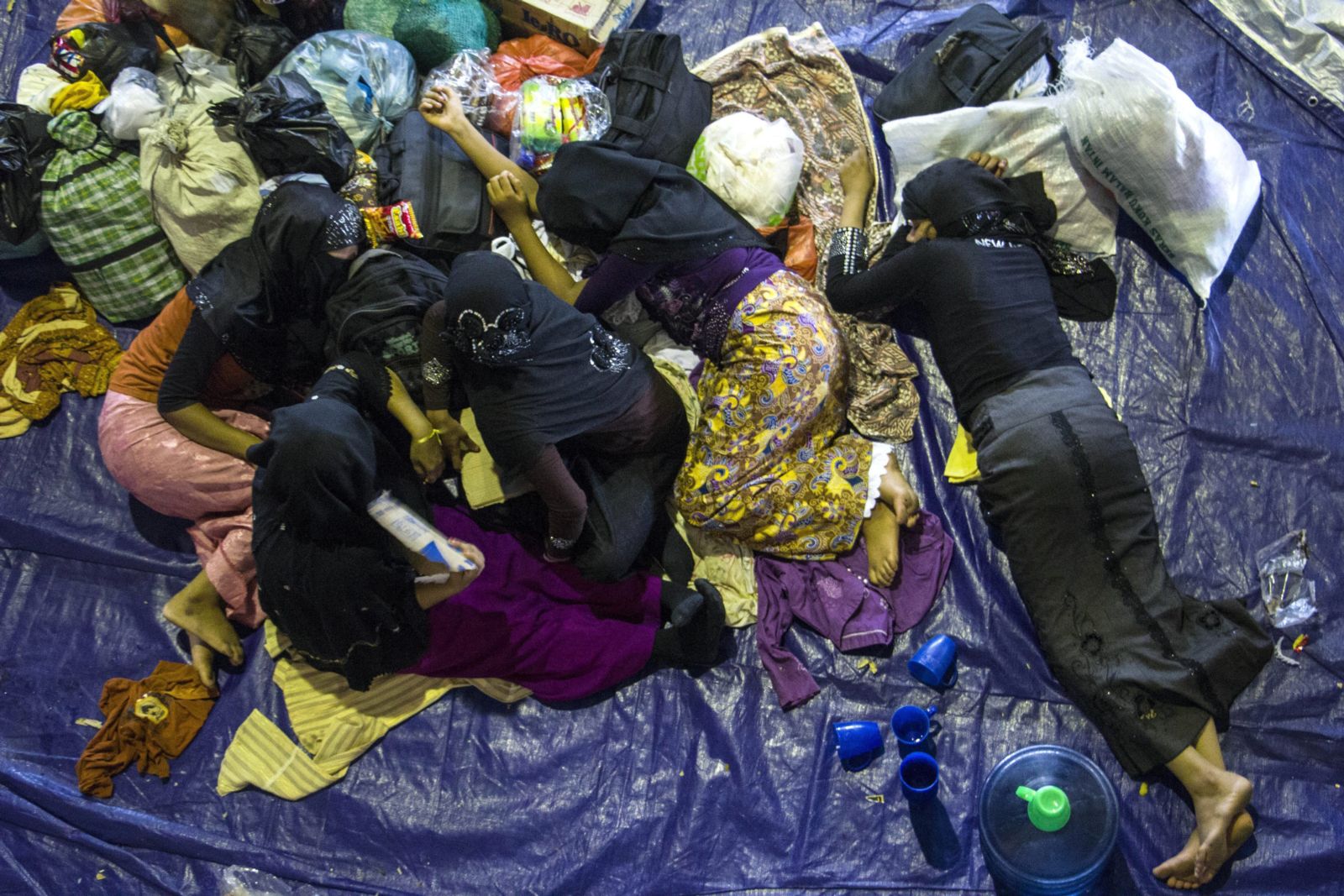 After the violence between Rakhine Buddhists and Rohingya in 2012, the government corralled 120,000 Rohingya into detention camps in central Rakhine State.

Since last September nearly 700,000 Rohingya Muslims have been forced into Bangladesh from Rakhine State, Myanmar, fleeing mass murder, mass rape and burning villages. Media attention of this human rights crisis, however, has largely ignored how international agencies inside Myanmar, especially the United Nations, had seen this disaster coming for years and have kept quiet.

A pattern of compliance to the demands of Myanmar’s military was set in motion when the United Nations High Commissioner for Refugees (UNHCR) first established its presence, facilitating a very dubious, and arguably forced, repatriation of 250,000 Rohingya in the 1990s. Confronting a rigid military dictatorship, the UN’s approach was to maneuver within the confines and restraints the government imposed. For the next two decades, the UN quietly provided services to Rohingya of northern Rakhine without publicizing the apartheid situation and other abuses they suffered.

After the violence between Rakhine Buddhists and Rohingya in 2012, the government corralled 120,000 Rohingya into detention camps in central Rakhine State. The UN and many more humanitarian organizations rushed in to help. For six years they have sustained these detention camps, providing food, education, sanitation, medical support, and even management. Once again, they do their work without publicizing the abuses they witness.

I was invited by the UN to analyze the dilemmas it faced in Myanmar in 2015 and again in 2017. Most recently, in June I was again in Myanmar working on the same challenge with international NGOs. My assessment hasn’t changed: the UN and its partners have yet to break habits of polite compliance that were established earlier, even when the reality of complicity with ethnic cleansing is now so evident.

Despite crimes against humanity and ethnic cleansing, the approach inside Myanmar has remained one of quiet diplomacy, constant calls for “partnership,” promises of development as a cure-all for inter-communal conflict, and a standard humanitarian operation that treated detention camps like a normal situation of internal displacement.

The specific flaws in the current approach include:

The UN and partner agencies in the field have a unique role because of their widely-respected credibility at the global level and their unique access to information. But they failed to take advantage, instead falling into a trap in which an excessive fear of “losing access” was used to justify all-embracing compliance with any government demands, no matter how unacceptable. The recently-signed agreement between the UNHCR, UNDP and the Myanmar government shows how little has changed: the UN agrees to assist a repatriation, without any mention of human rights protection, and no robust capacity to monitor conditions.

This persistent weakness rests on hopelessness: UN staff too easily convince themselves that advocacy or principled positions will not have any impact on the Myanmar authorities and is therefore not worth the bother. This attitude fails to grasp the complexity and long-term nature of political change, and the important incremental contributions of international pressure that accumulates over time.

This crisis is by no means over. There are still hundreds of thousands of Rohingya in Rakhine state, all either physically or virtually imprisoned, all suffering from inadequate food, shelter, medical services, livelihoods and education as well as constant human rights abuse and discrimination. Furthermore, it is not inconceivable that Bangladesh and Myanmar will eventually force hundreds of thousands of refugees back across the border, and expect the UN to support additional detention camps.

International organizations need to change their analysis and response to state intimidation, build up a tougher skin and defensive strategies that will enable them to act according to their principles and in the longer-term interest of the Rohingya. Such a reversal will inevitably demand that the UN and international agencies inside the country start to do things that the Myanmar government and military do not want or expect them to do. This includes sharing information publicly about what happens inside Rakhine State, insisting on human rights and humanitarian principles as prerequisites for actions, and showing respect for the Rohingya identity and aspirations.

Liam Mahony’s full report: "Time to Break Old Habits: Shifting from complicity to protection of the Rohingya in Myanmar" can be found at www.fieldviewsolutions.org

Liam Mahony is the author of Proactive Presence: Field Strategies for Civilian Protection and co-author with Roger Nash of Influence on the Ground: Understanding and strengthening the protection impact of United Nations Human Rights Field Presences." He has done extensive fieldwork in many countries, and is a pioneer in the theory and practice of international protection.