The argument that socio-economic rights are not “real” human rights is far too simplistic. While the phrase “progressive realization” gives many governments an excuse to treat these rights as second class, both the Indian and South African courts have expressly recognized their importance. It’s time for a closer look.

This argument is similar to that voiced earlier on openGlobalRights by Aryeh Neier, founder of Human Rights Watch and former president of the Open Society Foundations.

But Pizano’s arguments are far too simplistic. Consider his example of a “real” human right—the freedom to worship as one likes. This truly is a human right, he argues, because anyone “can and should go to court and demand one’s immediate right to worship.” Freedom of religion, in other words, is both “immediately enforceable” and “justiciable”.

Really? My freedom of worship can, and should be, constrained by another person’s right to privacy. For example, I may not set up a worship center in a predominantly residential neighborhood because—depending on the decibel of noise produced—I could potentially violate others’ right to the quiet enjoyment and privacy of their homes.

What this means is that civil and political rights, like socio-economic rights, are complex beings whose enforcement, in the real world, requires interpretation, nuance and judgment.

National context also matters. In some countries, one right is “justiciable”; in others, the same right is not. It all depends on the jurisdiction. Consider this: in Nigeria, the law regards “adequate shelter” as a “fundamental objective and directive principle of state policy,” but says it cannot be enforced in court. In South Africa, by contrast, “adequate shelter” is justiciable. What this means is that in some countries, a socio-economic right such as the right to shelter or health, will indeed be “justiciable” and “immediately enforceable”, just like a civil and political right. In other cases, this will not be true.

Jurisdiction also matters in terms of who can bring a complaint to court. In some countries, plaintiffs must demonstrate they were directly affected by an alleged violation; otherwise, they have no standing in court. In other countries, however, this is not necessarily so. This matters because when individuals must demonstrate a personal interest, in the case before being heard in court, it is more difficult for civil society groups and public interest lawyers to litigate for the common good.

The notion that only civil and political rights are “immediately enforceable” is also tricky. Who does the enforcing? How and when? Enforcement, after all, requires some kind of legal and administrative procedure, and this may not necessarily be “immediate”. For example, a court could direct state bureaucrats to develop a policy to improve citizen health. It takes time to do this, however, because the bureaucrats must undertake studies and engage in all manner of consultations. In the views of some, the state may therefore not be “immediately” enforcing the court’s ruling. Instead, we might say that the state is trying to “progressively” implement the court order. Presumably, however, litigants and rights holders would rather that the court’s decisions are “progressively implemented”, than not implemented at all

In the end, it all depends on jurisdictions, priorities, bureaucratic capacities and prior legal decisions. Many argue, for example, that the right to political participation is a “real” human right—that is, a civil and political right—because courts can order state bureaucracies to organize, police and adequately fund a clean and fair election.

Many of those same people, however, would argue that courts cannot do the same to enforce the right to education. Education, they say, is too complicated and expensive, and states need time to “progressively realize” access and quality. Thus the right to education—a classic socio-economic right—is not really a human right at all, while the right to political participation really is.

Yet elections can sometimes be more expensive, and less effective—in terms of the common good—than education. Why, then, do states and courts prioritize elections over education? This is a political and historical choice, not a logical necessity. One could, in theory, spend more money on the public education system, while spending less on elections. Who’s to say which would be better for the public good, or for society’s overall level of respect for human rights?

The notion of “progressive realization” also requires careful scrutiny. Unlike a civil and political right, some say, socio-economic rights are so expensive that they can only be progressively realized, over time, as states gain more expertise, resources and capacities.

The risk, however, is that the right will be indefinitely suspended, as states repeatedly argue that more resources and capacities are necessary. “Progressive realization”, in this case, means “never”, as bureaucrats and officials delay, procrastinate and evade responsibility.

To avoid this kind of terminal procrastination, the UN’s Committee on Economic, Social and Cultural Rights has clarified that states must never cite “progressive realization” to justify inaction, and must not cite poverty as a defense.

Instead, the progressive realization of a socio-economic right, such as the right to housing, health or education, requires states to take concrete action, however small. States must try to do better, and must do so immediately, in a transparent and serious way.

Different states deal differently with the legal enforcement of socio-economic rights. India and Nigeria, for example, have constitutional provisions that keep these rights out of the legal system. And yet, Indian courts have bypassed this blockage by deciding that some socio-economic rights are so basic that they are in fact civil and political rights, and are thus under the court’s jurisdiction.

Consider the Francis Coralie Mullin case, or the Maneka Ghandi case, where the Indian supreme court expanded the constitution’s respect for the right to life to include the right to food, clothing, shelter and more. 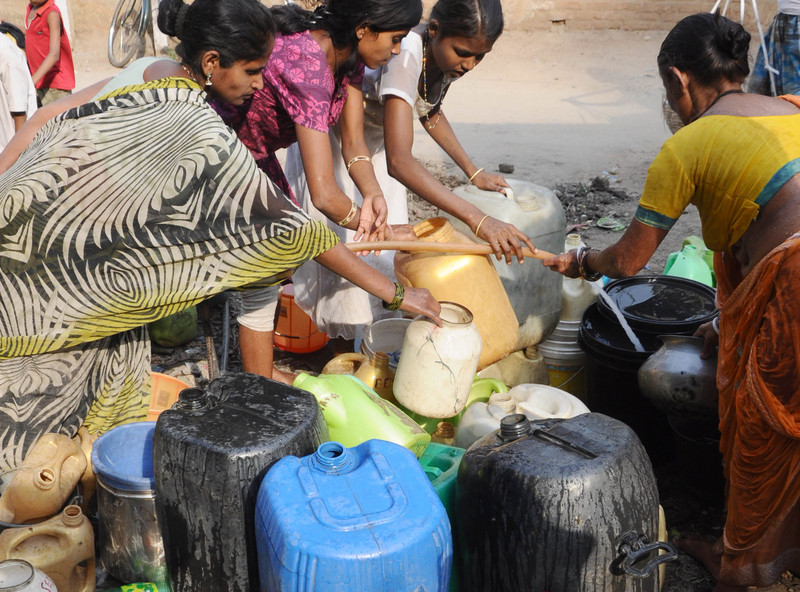 Nigerian courts, unfortunately, have been more conservative. In Anthony Okogie v. Governor of Lagos, the Nigerian court of appeals ruled that socioeconomic rights were parliament’s responsibility, not the courts’.

South Africa, however, has been more progressive. In Grootbrom v Oostenburg Municipal Council, the country’s constitutional court ruled that a state housing project’s failure to provide temporary shelter for people in desperate need was a violation of the obligation to “progressively realize” its citizens’ right to housing.

The key is this: most people would consider the “right to life” a core human right, something that should always be immediately enforceable in a court of law. But the right to life is meaningless unless people have minimal access to food, clean water, adequate shelter and the most basic medicines. Protecting the “right to life” requires that we take all these things into account. The Indian and South African courts recognize that you can’t have one without the other.

True, the global community is not going to treat socio-economic rights just like civil and political rights anytime soon. There will always be good political and economic reasons to not do so: budgets, expenditures, revenues and perceived efficiencies.

This does not mean, however, that socio-economic rights are not “really” human rights. They are. One day, more courts will treat them as such.