In a challenging global context for equality and women’s rights, a new UN Women report illustrates how human rights can move SDGs beyond rhetoric of “leaving no one behind.” 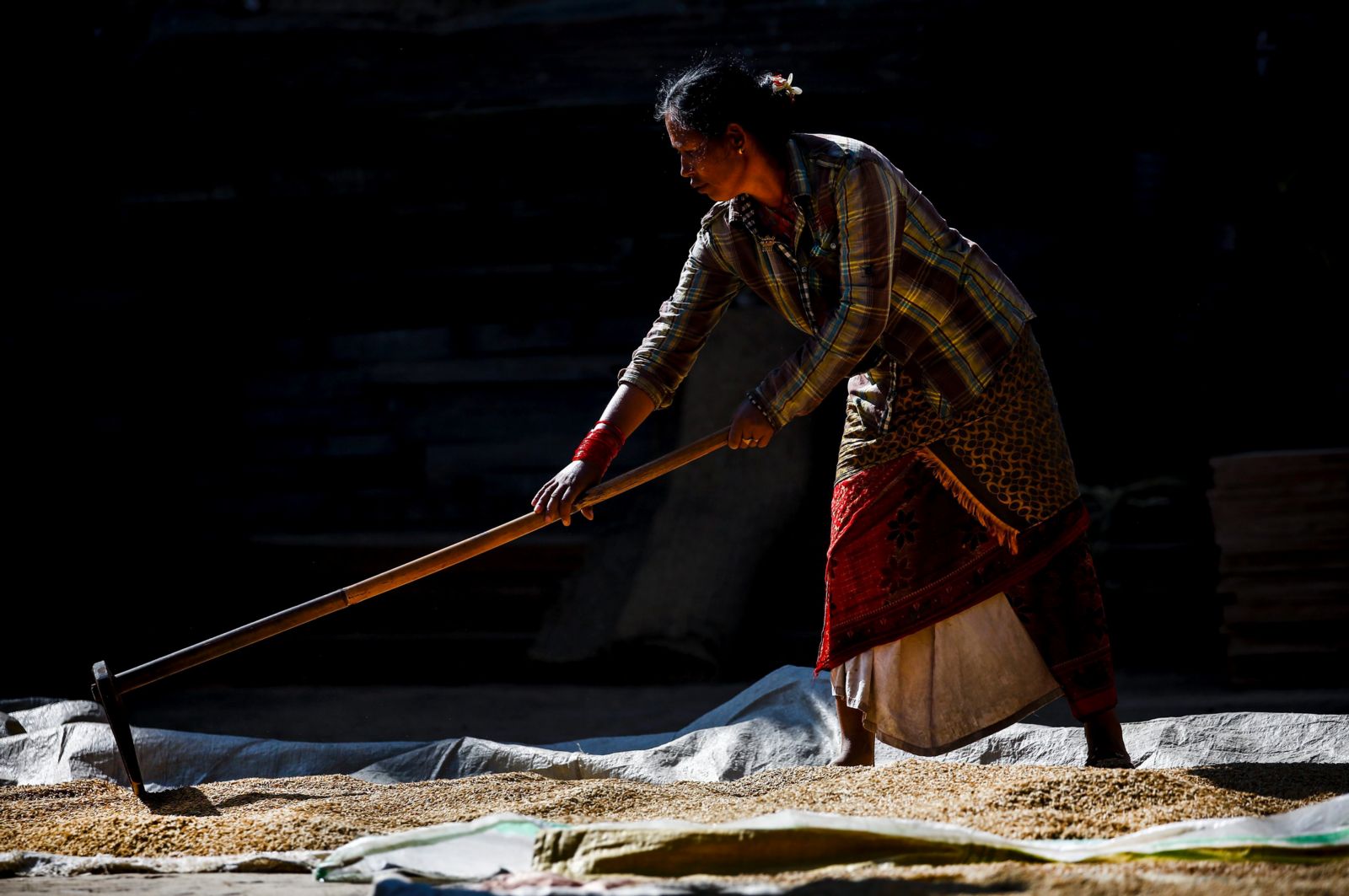 Investing in equality for women also promises to generate important social and economic benefits—both in the short and long run.

With its promise to “leave no one behind”, and cross-cutting commitment to tackling inequalities of all kinds, the 2030 Agenda for Sustainable Development has the potential to transform the lives of women and girls globally. Yet, more than two years into implementation, a new UN Women report provides a stark reality check on how much more needs to be done if the SDGs are to become more than just empty promises.

The world is rife with assaults on gender equality achievements and attacks against women’s rights defenders. Climate change and environmental degradation continue to advance at an unprecedented pace. A  decade of crisis, recession and austerity measures has wreaked havoc on people’s livelihoods, and the UN Women Report makes it clear that women and girls bear the brunt of all this. Where social protection and public services are cut back in the name of balancing budgets, women pick up the slack both in terms of higher work burdens and increased economic insecurity. And, given their precarious starting points, the most disadvantaged women who experience discrimination on multiple fronts are hit particularly hard. For example, in 2015 Hispanic women in the USA were almost three times as likely to lack health insurance as white women, while the UK Women’s Budget Group has found that black and Asian women will be most affected by planned tax and benefit changes, with single mothers from these demographics losing 15-17% of their income. As always, the personal is political and poverty worldwide has a female face.

From promises to action

In the face of these challenges, it would be easy to dismiss the Sustainable Development Goals (SDGs) as an unrealistic distraction. But the UN Women report provides a clear roadmap for advancing women’s rights. In addition to tracking gender equality outcomes across all 17 SDGs, the report provides an analysis of the kind of policies that are needed to advance women’s rights. Well-funded and comprehensive policies in two areas—violence against women and girls, and unpaid care and domestic work—will be particularly critical to unleashing progress for women. Feminists have long recognized these as structural barriers to the achievement of gender equality and their inclusion as targets under SDG 5 has been celebrated by women’s rights advocates as a major victory.

The report calls for universal childcare services as a measure that could contribute to the achievement of multiple SDGs: from reducing women’s unpaid care work (Target 5.4) to improving health, education and nutritional outcomes among children (2.2, 3.2, 4.2); from creating decent jobs in the social service sector (8.3) to equalizing opportunities for children from disadvantaged backgrounds, thereby helping to reduce inequalities of outcome (10.3). Why universal? Because evidence shows that it is the most effective way to reach disadvantaged groups, ensuring that they benefit from quality services, without stigma.

The importance of linking the SDGs to human rights to advance gender equality is most clear when highlighting not only the indivisibility of rights but also the need for an integrated approach to implementation. Take the example of intimate partner violence: a woman who leaves an abusive relationship, for example, needs not only access to justice (target 16.3), but also a place to live (11.1), medical care (3.8), a decent job (8.5) and social protection (1.3).

A systematic application of international human rights principles can also help policymakers to move beyond the cuddly rhetoric of “leaving no one behind”. Are steps being taken to make essential services on which millions of women and girls depend—health (including reproductive care), water, education—available, accessible and affordable for all? Are policy-makers considering intersecting forms of discrimination? For example, in Colombia, if you are a poor, rural and indigenous woman, your chance of lacking access to skilled care during childbirth is more than eight times the national average. “No one” left behind must encompass those often deliberately excluded and marginalized – sex workers, trans women, homeless women, incarcerated women, and women with disabilities, for example. Rooting equality initiatives in human rights also brings a set of accountability tools and mechanisms into play, which rights advocates are increasingly making strategic use of.

Living up to these principles will certainly require a significant mobilization of resources. In South Africa, for example, making childcare services available to all would entail a gross annual investment of 3.2% of GDP. The claim that achieving the SDGs necessitates moving from “billions to trillions”, has ushered in  increased enthusiasm about private sector partnerships (PPPs) and private or “blended” financing. However, over-reliance on the private sector carries significant risks, as shown by the questionable legacy of previous PPPs and the very mixed impacts of business activities (especially those of multi-national corporations and extractive industries) on women’s rights.

Claims that resources for strengthening essential services, social protection or basic infrastructure are simply not available from the public purse must be challenged: we don’t live in a world of scarcity, but in one where resources are distributed in a grotesquely unfair way, failing to reach those who need them the most. A range of progressive fiscal reforms—including higher rates of corporate tax and income tax for the highest earners, introducing or properly enforcing wealth taxes, such as on property or stocks, and taking an aggressive stance on tax evasion and avoidance—could together produce a huge amount of much-needed revenue.  It is not about states generating trillions from nowhere, it is about shifting priorities towards human rights and equality.

Investing in equality for women also promises to generate important social and economic benefits—both in the short and long run. In the South African scenario, making childcare universally available would create two to three million new jobs, in turn raising new tax and social security revenue. And this is not to mention the potentially transformational, long-term effects of early education on children, or the gains for women whose time is freed up for education, leisure, paid work and rest.

The SDG commitments to equality are laudable, and could provide a beacon in dark times. However, we run the risk of simply perpetuating empty rhetoric if we don’t get the policies and funding approaches right. Ultimately, we won’t achieve any of the SDGs without achieving greater equality for women in all areas. This objective is also enshrined in human rights obligations and requires far more than just small-scale interventions to “empower” women.  The barriers to gender equality are multiple and structural, so we need ambitious, comprehensive and well-financed policies to ensure all women can claim and realize their rights by 2030.

Silke Staab works as a research specialist at UN Women with a focus on gender, care and social policy. She is manager and co-author of the global monitoring report Turning Promises into Action: Gender Equality in the 2030 Agenda for Sustainable Development.