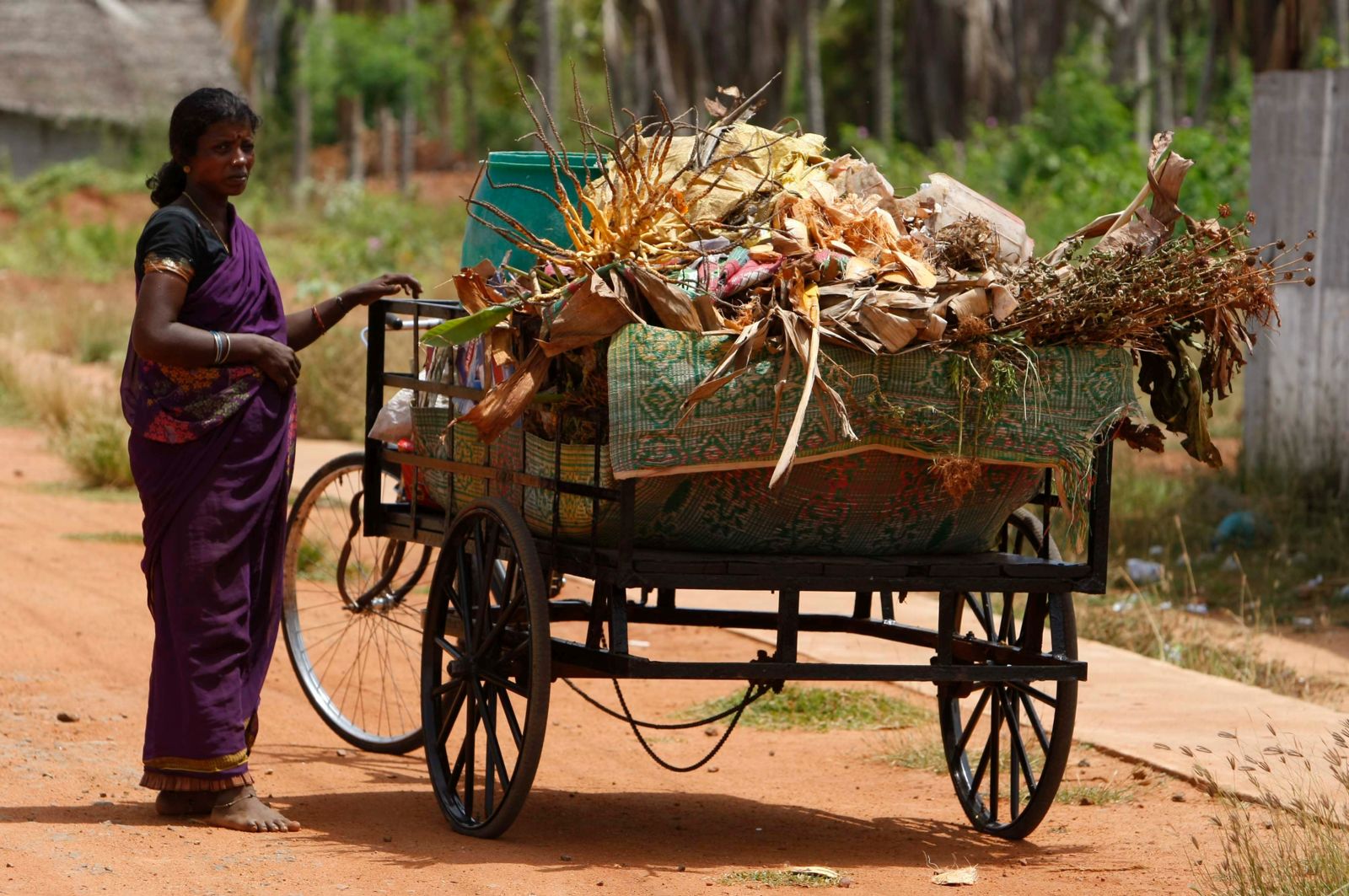 Human rights have thus become a lightning rod in the geo-political wrangling around the next global development goals.

The UN General Assembly later this month will begin negotiations over the content of the Sustainable Development Goals (SDGs), to succeed the Millennium Development Goals (MDGs) in 2015. The outcomes of these inter-governmental debates will not only determine the model of development advanced in global policy forums over the next fifteen years. They will shape national government priorities, policies and financing decisions in areas from education to ecology, housing to health, climate change to care work.

As worldwide debate on what should replace the MDGs intensifies, many activists are calling for a new sustainable development paradigm which, in the Millennium Declaration’s original vision, “… strive(s) for the full protection and promotion in all countries of civil, political, economic, social and cultural rights for all”. So far, progress to put human rights at the centre of the sustainable development agenda has been mixed.

On the one hand, from a human rights perspective, the draft SDGs (agreed in an inter-governmental Open Working Group (OWG) in July) are a vast improvement on the MDGs. Unlike the MDGs, which were essentially a pact between donor and developing countries, the new goals are intended to be universally applicable, tackling poverty and deprivation everywhere, and holding all countries responsible for taking action, individually and collectively.  Many of the draft goals and targets are likewise more aligned with human rights obligations. Those on education and health, for example, commit states to ensuring that basic education is free, non-discriminatory and of good quality, and that health coverage is universal. The draft SDGs also include a goal on access to justice notably lacking in the MDGs, and are more equality-sensitive, with more cross-cutting commitments to gender equality, the explicit inclusion of people with disabilities and other groups facing discrimination, and a stand-alone goal on reducing income inequality within and between countries.

But while there is much to celebrate, the current proposals contain a fundamental shortcoming – they fail to boost accountability. The goals are meant to incentivize collective action by holding all development actors—public and private—answerable to quantifiable commitments.  But the potential effectiveness of the SDGs as an instrument of accountability has been severely undermined by the highly selective, partial and ambivalent stance on human rights taken by governments of both north and south in the process to date.

On the one hand, many wealthy countries have resisted more stringent and measurable commitments under the SDGs for the negative impacts of their laws and policies abroad, for example those regarding agricultural subsidies, access to essential medicines, illicit financial flows, debt restructuring, and financial regulation, which too often erode the ability of other countries to achieve sustainable development.  Efforts by G77 states to invoke the right to development  - as a holistic framework for addressing the extraterritorial responsibilities of rich countries - have met with resistance. The proposed SDGs do little to hold powerful economies and companies to account for their role in contributing to the structural inequities in the global economic and financial system that have continued to fuel poverty, inequality and environmental degradation since the MDGs were adopted.

In turn, many developing country governments have used this double standard to object to the inclusion of governance and gender-related human rights commitments.  They fear a repeat of the skewed accountability of the MDGs, where compliance with human rights (particularly civil and political freedoms) became a tool of aid conditionality in the hands of donor governments and international financial institutions.

The selective stance of donor countries on human rights has served as a diplomatic escape-hatch for some authoritarian governments to question altogether the relevance of human rights and democratic freedoms to the core agenda of socio-economic development. As a result, the language in earlier drafts of the SDGs on freedom of expression, association and information— essential prerequisites for ordinary people to hold their governments answerable to their development commitments—was diluted following fierce debate, as were commitments on women´s sexual and reproductive rights recognized twenty years ago at the Cairo Conference on Population and Development.

Human rights have thus become a lightning rod in the geo-political wrangling around the next global development goals. It is for this reason that the draft SDGs contain very few explicit references to human rights, and are conspicuously silent on their role as a universal normative framework for sustainable development. Indeed the OWG Co-Chairs have admitted that they deliberately avoided explicit human rights language in the SDG draft for fear that this would be considered to be too ¨controversial¨.

How should human rights advocates navigate these contentious issues over the coming year? Some erstwhile allies have argued that the controversies around human rights in the post-2015 agenda are a reason to avoid the issue altogether.

We draw the opposite conclusion. Given the consensus that has existed for decades at the UN on the relationship of human rights to development, it is shameful that existing human rights commitments can still be so readily politicized, traded off and written out in UN development forums. Three key shifts in strategy will be needed if we are to turn the tables on the stale geo-political dynamics that threaten to undermine the SDGs as an endeavor that is truly transformative and human rights-centered.

Firstly, human rights advocates need to underscore the extraterritorial obligations of wealthier states to respect and protect human rights beyond their borders, and to cooperate internationally in their fulfillment. This can help advance a more nuanced and politically astute articulation of the ¨common but differentiated responsibilities¨ of all countries in relation to each SDG commitment. The political stalemate that surrounds this concept could potentially be bypassed by anchoring these concurrent responsibilities in the detailed normative framework of human rights instruments such as the Declaration on the Right to Development and the Maastricht Principles on Extra-Territorial Obligations of States in the area of Economic, Social and Cultural Rights.

There are already some important best practices and methodologies to put these norms into practice.  Norway for example, cancelled the sovereign debt it held itself responsible for in four developing countries, while Ireland and the Netherlands have recently committed to conduct assessments of the ¨spill-over¨ development impact of their corporate income tax policies. Unless the SDGs spur wealthier states to get their own houses in order, less powerful governments will have every reason to mistrust their human rights discourse.

Secondly, advocates must counter the corporate influence on the post-2015 process with a much stronger push for  corporate accountability. The current SDGs posit an increasingly central role for the corporate sector as the driver of development, promoting liberalization and access to markets and placing a strong emphasis on multi-stakeholder partnerships with the private sector in the delivery of development outcomes. Yet there is no acknowledgment of the harms businesses so often cause to sustainable development, whether through environmental contamination, mass-scale tax evasion, denial of labour rights or complicity in repression by security forces.

Attempts to include more stringent commitments in the SDGs regarding corporate regulation, human rights impact assessments, mandatory due diligence reporting, and fiscal transparency and accountability have been vehemently resisted, with reference to the UN Guiding Principles on Business and Human Rights sidelined from the SDGs. The emerging campaign for a new binding treaty on corporate human rights abuses could give renewed momentum to these efforts.

Thirdly, the human rights community must build more effective platforms and alliances with development, social justice and environmental movements to amplify the human rights voice in these debates, avoiding the fragmentation and issue-specific silos that have characterized advocacy to date.

It is essential that all those championing human rights on the post-2015 agenda, whether focusing on access to information or the rights to water and sanitation, maintain an integral and comprehensive approach which recognizes the interdependence of all human rights in their civil, political, economic, social, cultural and environmental dimensions.  And we must resist the seduction of tactical compromises that would accept leaving out explicit references to human rights or the explicit inclusion of specific groups of rights-holders who must not be left behind. .

As the last two years of debate and civil society consultation have made clear, those facing poverty, deprivation and environmental injustice across the globe demand that the next development agenda be transformative, founded on the full dignity of all human beings and the accountability of all those in positions of power. As the process moves from consultation to negotiation, we must guard against attempts to restrict or tokenize civil society participation from here on, and to privilege powerful corporate interests over the expectations of ordinary citizens as the goals are finalized. Philanthropic organizations now debating their role in the post-2015 process will need to be sensitized to these risks.

The UN Secretary General has called for a new set of goals that reflect ¨a far-reaching vision of the future, anchored in human rights¨. The existing framework of human rights commitments should inform not only the vision of the SDGs, but the goals, targets and indicators of progress, their financing and implementation, and the accountability mechanisms put in place to ensure they are met. As the process enters the critical home stretch, our global community of practice must settle for nothing less.