The recent declaration of the US Business Roundtable on the purpose of a corporation is a seismic shift and is symbolic of the growing power of the movement to redress the inequality and environmental destruction of the decades-long focus on shareholder profits. But companies have a long way to go. 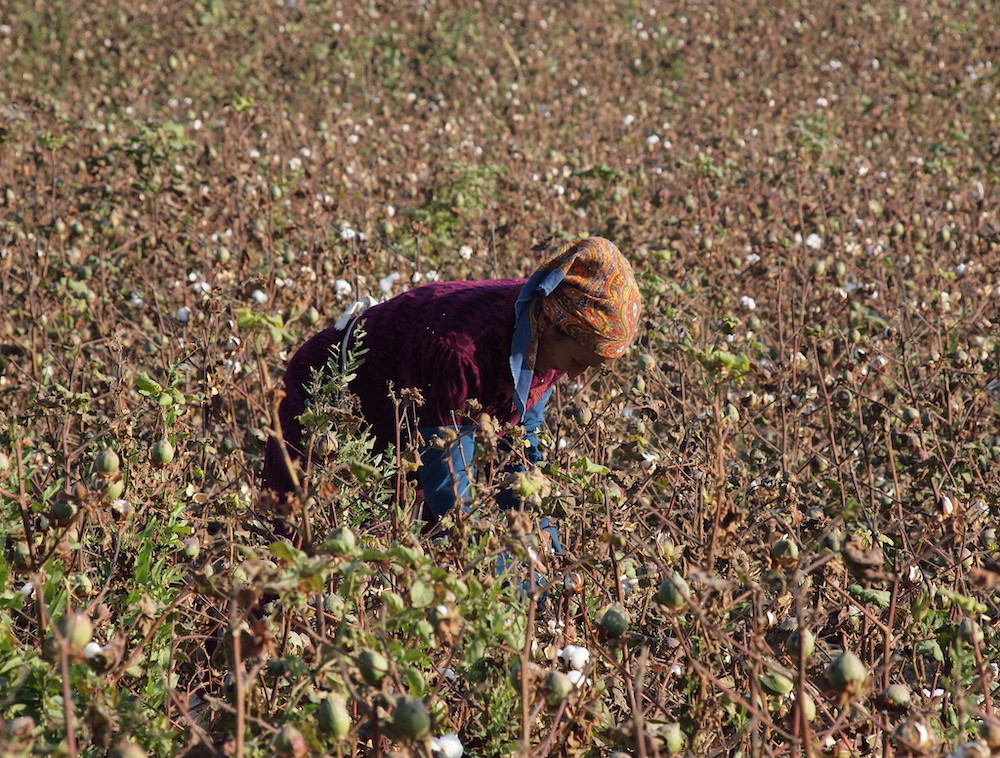 Over a million people in Uzbekistan and Turkmenistan are estimated to be forced to pick cotton each year by their governments, according to Anti-Slavery International. Photo: Chris Shervey/Flickr (CC BY 2.0)

As the coalition to insist companies prevent abuses in their operations and supply chains grows, so does our impact. Mandatory human rights due diligence, in its many forms, has been integrated into legislation and National Action Plans in several countries in Europe, as well as in South Korea, Chile, Colombia, and Georgia. Civil society organizations and governments are developing similar policies in countries across Africa, Asia, wider Europe, and South America.

On August 19th, 2019, the US Business Roundtable made an extraordinary and welcome U-turn on the stated purpose of a corporation. It announced a transformation of framing, away from maximizing shareholder value and towards serving a company’s wider stakeholders, namely, “customers, employees, suppliers, communities, shareholders”. After 22 years of the Roundtable’s declared laser focus on shareholders’ return on investment, this statement has been greeted with a mixture of joy and surprise, along with a healthy dose of scepticism.

However, the declaration is a seismic shift in the stated approach of the 181 CEOs of major companies that make up the Business Roundtable. That in itself is symbolic of the growing power of the movement to redress the inequality and environmental destruction over the last 50 years of dedicated focus on shareholder profits, often at the expense of the wider stakeholders. Even so, companies are a long way from living up to their new rhetoric.

The day after the Roundtable’s announcement, Johnson & Johnson, a major spokesperson for this shift, was ordered to pay out $572 million for its role in fostering the opioid epidemic in the United States. The corporation is far from alone. The 2019 Corporate Human Rights Benchmark—which assesses 101 of the largest global publicly traded companies in the highest risk sectors for rights abuse (apparel, agriculture, extractives, and ICT manufacturing)—found that 40% of the companies assessed scored no points on the indicators for human rights due diligence.

KnowTheChain has given businesses an average score of 33 out of 100 on their efforts to eliminate modern slavery in their supply chains.

Similarly, KnowTheChain—which grades over 115 apparel, food, and ICT companies on their measures to tackle forced labour—has given businesses an average score of 33 out of 100 on their efforts to eliminate modern slavery in their supply chains.

The abuse that results from this inadequate human rights performance by most but not all companies provides strong justification for mandatory human rights compliance legislation around the world. Efforts in Europe continue to advance, with Finland using its EU Presidency to press for this approach and Germany only months from a decision in 2020 about introducing due diligence regulation.

Our latest research (analyzing the 20 largest German companies) points to a likely need for such legislation in Germany. Meanwhile there are movements in key “emerging markets” pressing for similar mandatory due diligence: In Kenya, for example, the Attorney General’s draft National Action Plan says the government will consider such a requirement.

But in the United States, where so many of these global companies and their investors are domiciled, this conversation remains nascent. Despite a US National Action Plan that supports the principle of human rights due diligence, there are currently few mechanisms by which corporate respect for human rights can be enforced. Potential new tools, such as effective implementation of the Tariff Act restrictions on importation of goods made with forced labour, are still in the early stages of being tested. Meanwhile, survivors’ ability to seek redress—primarily through the Alien Tort Statute—has been severely restricted by US courts in recent years.

The United States has helped shape global norms on business engagement before; it cannot squander its responsibility now.

It is now time to move on from rhetoric and begin to craft a reality that reflects the Roundtable’s stated purpose. As the US gears up for landmark elections, candidates are asking tough questions about the role of corporations in society, and many are proposing bold plans to tackle growing inequality. Investors are increasingly interrogating their portfolio companies and making significant decisions based on the answers they receive. The United States has helped shape global norms on business engagement before; it cannot squander its responsibility now.

Existing US law might offer a guide for more effective regulation of company human rights and environmental performance. For more than 40 years, US individuals and companies have been prohibited from bribing foreign officials under the Foreign Corrupt Practices Act (FCPA).

The robust system of penalties for noncompliance, along with incentives devised by the FCPA for disclosure and cooperation with authorities, could provide a model for similar legislation governing human rights. Likewise, as investors increasingly consider human rights and environmental performance in their investment decisions, more robust reporting requirements for publicly traded companies could provide support and allow investors to compare practice by companies through standardized reporting.

More fundamentally, a close examination of the incentives and disincentives that corporate law provides for proper due diligence, such as quarterly earnings statements, could yield additional opportunities to embed due diligence into companies’ practices more systematically.

Whatever the ultimate approach, the United States will continue to play an outsized role in setting norms for the global economy and the place of fundamental human rights within it. Given this, we all share a responsibility to move this American conversation forward. Not because it will be easy, but because—in the words of the Roundtable—so many customers, employees, suppliers, communities, and shareholders depend on us doing so.