Climate change takes a higher toll on women than on men. Women’s health and well-being, including their sexual and reproductive health and rights are all at stake.

What is SRHR exactly? SRHR encompasses four interlinked concepts: reproductive health, sexual health, reproductive rights and sexual rights. In brief, it takes into account human sexuality and reproduction; rights to information and affordable sexual and reproductive health services; rights to bodily integrity; choice of partner, consensual marriage and consensual sexual relations; decisions about the number, timing and spacing of children; and freedom from coercion, discrimination and violence, including during situations of war, natural disaster and other humanitarian crises. The four examples below--from studies in Bangladesh, Malaysia, Maldives, Nepal and Pakistan--highlight how climate change is having an increasing impact on women’s SRHR.

First, extreme weather events exacerbated by climate change—droughts, floods, cyclones and so on—often disrupt water systems or sources, as well as sewage and sanitation facilities, leading to clean water shortages, water pollution or both. When clean water is scarce, women are inclined to save water for household use rather than for personal needs. When this happens, women forgo their daily hygiene practices, perhaps due to the lack of safe, nearby toilets or bathrooms, making it extremely challenging for women to manage their menstruation needs and hygiene. Women may also refrain from drinking water to avoid having to use the toilet, which in turn may result in urinary and reproductive tract infections.

Second, rising temperatures and drought affect women’s access to food—due to crop failure and escalation in food prices—and their food consumption. As it stands, undernutrition is already a major problem for women in some developing countries due to gender bias in the allocation of food within the household, which extreme climate events would exacerbate. For instance, in South Asia, some cultures still practice household food hierarchies, mandating that women and girls are only allowed to eat after the men and boys in the family have eaten. These undernourished women are at higher risk of complications in pregnancy and childbirth; premature delivery or low-birth-weight babies (below 2.5 kilogrammes); more serious anaemia, amenorrhea, intrauterine growth retardation and infertility; as well as delayed menarche in girls. 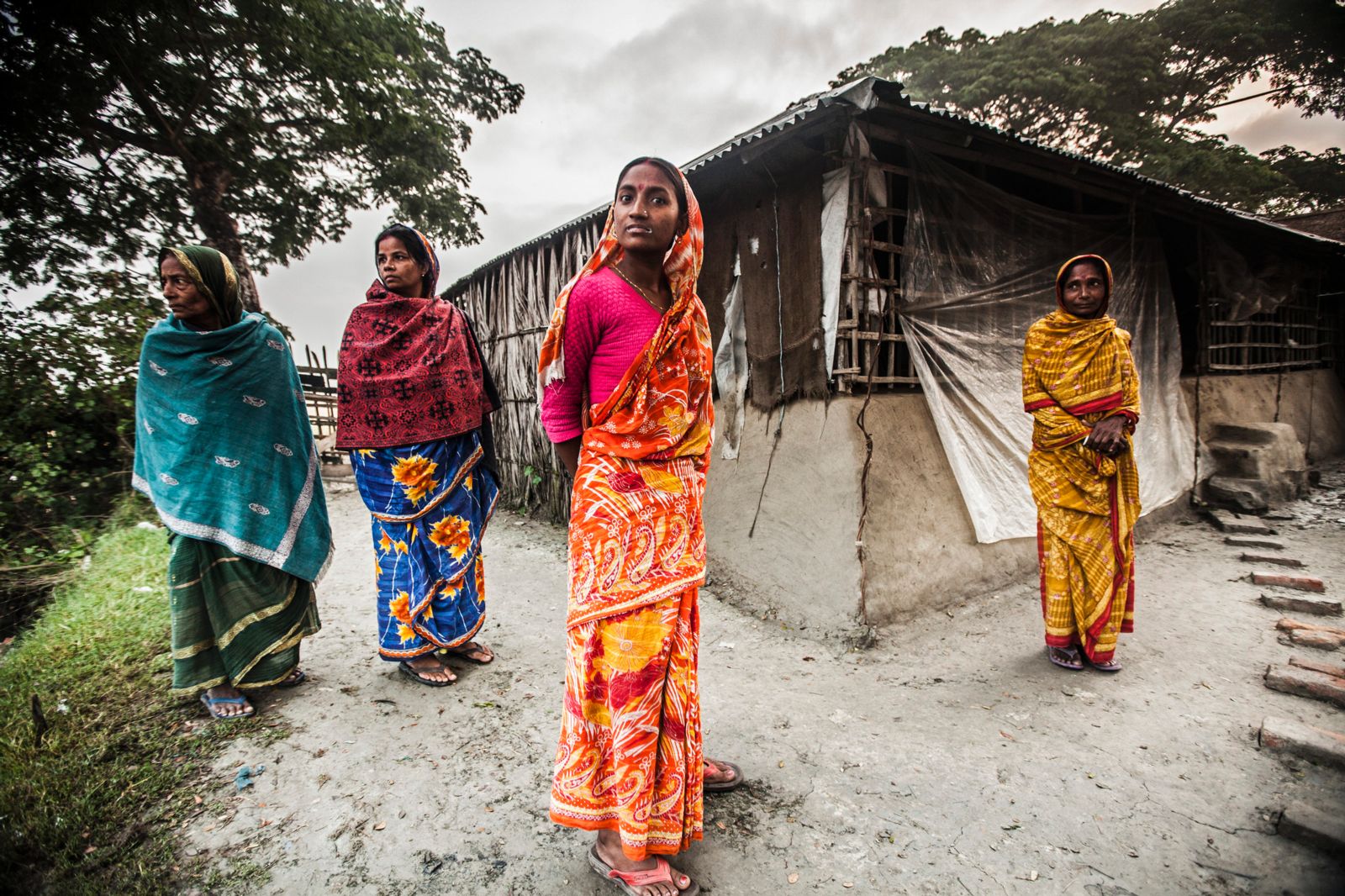 Studies in Bangladesh, Malaysia, Maldives, Nepal and Pakistan--highlight how climate change is having an increasing impact on women’s SRHR.

Third, women staying in temporary shelters because of hurricane or flood, for example, often experience sexual harassment, rape or other gender-based violence. Due to strict gender norms and tribal notions of honour, women may refrain from reporting such incidents or even talking about them with friends, family or medical personnel. Instead, they end up feeling insecure and fearful, and they may be assaulted repeatedly. A similar situation may occur due to drought when women must walk further, often into unfamiliar territory, to fetch water, firewood and food.

Last, extreme climate events also exacerbate the problem of early/forced marriage for girls. Aggravated by climate-related poverty or displacement, early marriage becomes a coping strategy adopted by poor families. In these cases, girls under the age of 18 are forced by parents, guardians or other family members to marry, usually to older men. Early marriage robs girls of their childhood, deprives them of education and employment opportunities, burdens them with household responsibilities, denies them of family decision-making power, exposes them to gender-based violence, puts them at risk of sexually transmitted infections (STIs) including HIV and AIDS, and increases their chances of complications in pregnancy and childbirth that can result in death. Early marriage often goes hand-in-hand with early childbearing as these girls are not equipped with sexual and reproductive health information, or with the skills to negotiate delaying pregnancy.

For these reasons and more, delegates at international climate negotiations and national policy-makers should ensure that climate policies address the gendered impacts of climate change and incorporate SRHR. They should also ensure equitable participation of women in policy, budgeting and programme development, as well as in the implementation processes.

Very often a lack of political will means that SRHR issues are repeatedly neglected in international and regional fora, as well as in state legislatures and justice systems.  Though SRHR are protected through, but not limited to, the Universal Declaration of Human Rights (UDHR), International Covenant on Civil and Political Rights (ICCPR), International Covenant on Economic, Social and Cultural Rights (ICESCR), and Convention on the Elimination of All Forms of Discrimination Against Women (CEDAW)—they are regarded as contentious. In reality, very little is contentious about the need to recognise, respect and fulfil the SRHR of women and girls. These same issues are also captured in the Sustainable Development Goals (SDGs): “By 2030, ensure universal access to sexual and reproductive health-care services, including for family planning, information and education, and the integration of reproductive health into national strategies and programmes” (SDG 3); and “Achieve gender equality and empower all women and girls” (SDG 5).

Reasons why SRHR is not prioritised—but should be—in climate change policies, strategies, financing, and programmes are because women’s contribution and roles as agents of change are often disregarded due to gender inequality. As a result of the patriarchal system and structure, decisions on women’s bodies are still made by male leaders and policy-makers. There is also a lack of transparency on processes and decisions pertaining to climate change negotiations, including at the Conference of the Parties (COP) and the Green Climate Fund meetings. As an essential part of women’s human rights, SRHR are non-negotiable—climate negotiators cannot pick and choose which human rights they would grant to women.

Hwei Mian Lim is a Senior Programme Officer at the Asian-Pacific Resource and Research Centre for Women (ARROW) in Kuala Lumpur. She works and writes on intersection between climate change and sexual and reproductive health and rights of women.