States need to focus on strategies that actually work and expose governments that are dismantling democracy in the name of countering terrorism. 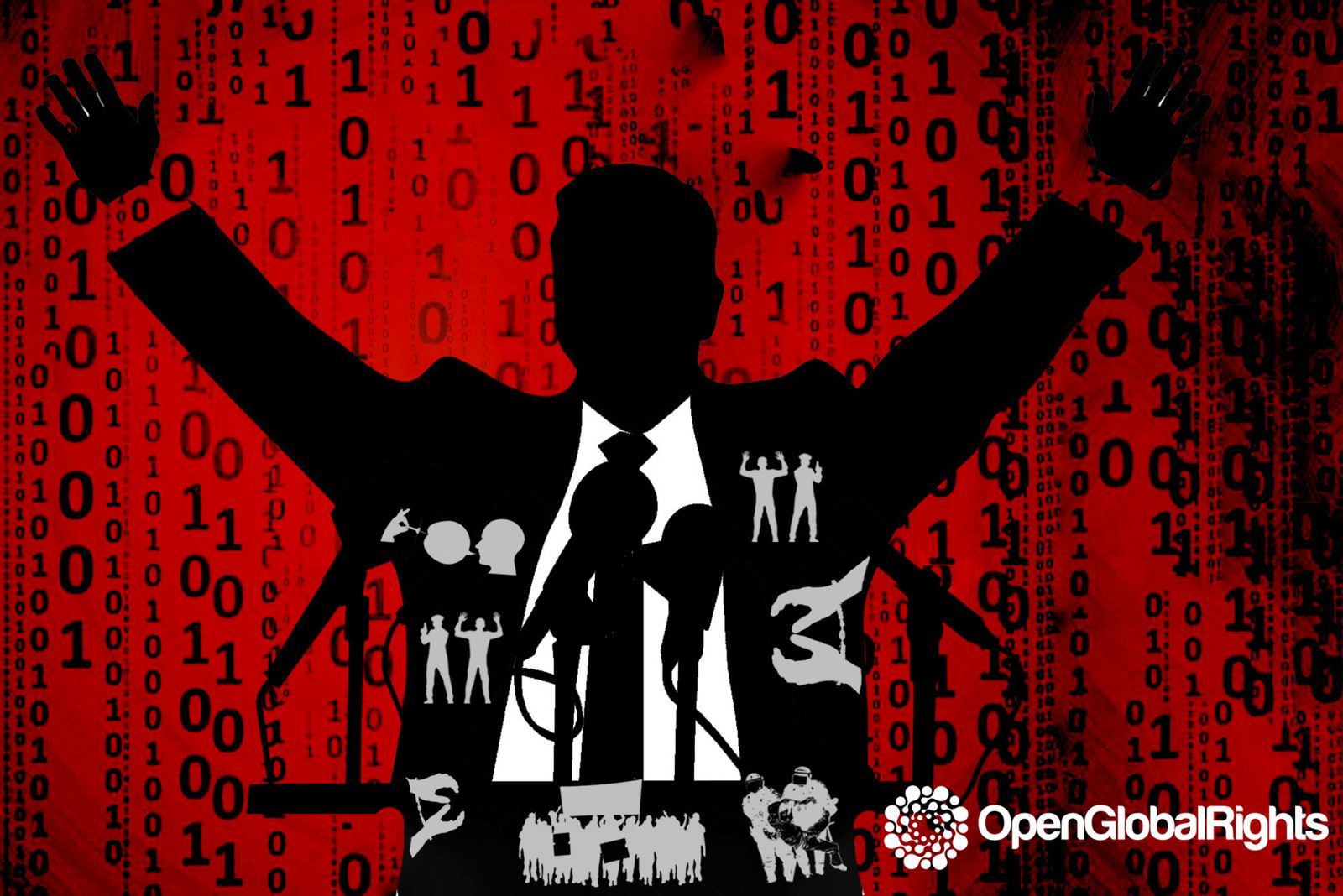 In all regions of the world, spontaneous people’s movements are demanding better governance, rule of law and justice. At this very moment, concerned citizens are coming out in the streets of Lebanon, Chile, Hong Kong, and Egypt, among others. Yet, as more and more people seek to exercise their democratic rights, arbitrary detentions and crackdowns—including the use of unjustified and often lethal force against dissenters and protesters—are quickly being normalized from Russia to Rwanda.

The CIVICUS Monitor, an index of civic freedoms in 196 countries, shows that only 4% of the world’s population live in countries that adequately protect civic freedoms fully. According to the United Nations Special Rapporteur on Counter Terrorism and Human Rights, 66% of all communications sent to the mandate as part of monitoring human rights abuses are related to States use of counter terrorism, or broadly defined security measures to restrict civil society. A recent report states that, this extraordinarily high figure “underscores the abuse of counter-terror measures against civil society and human rights defenders since 2005. In the last two years, the number is slightly higher, at 68 percent. The robust empirical finding measured from 2005-2018 affirms that targeting civil society is not a random or incidental aspect of counter-terrorism and practice.”

The problem has its roots at the beginning of the twenty first century. Following 9/11, as the world’s attention focused on the fight against terror, the incumbent administration in the United States was able to instrumentalize allies and the United Nations to support a “war on terror” through the promulgation of questionable laws and practices. Well-established norms like the prohibition of torture and the right to a fair trial were conveniently disregarded. A global anti-terrorism architecture designed to be opaque and thereby unaccountable was established. This architecture has arguably failed to serve its purpose of ending terrorism.

What it has done, without a shadow of doubt, is handed governments and political leaders the world’s greatest excuse to silence dissent. Both authoritarian and democratic states have repurposed counter-terrorism discourse to create legal frameworks allowing them to squash dissent in the name of combating terrorism by any means necessary and without requisite accountability mechanisms.

Both authoritarian and democratic states have repurposed counter-terrorism discourse to create legal frameworks allowing them to squash dissent.

The result is a crude dismantling of democracy and the undermining of civic freedoms. This problem is both global, and increasingly worrying. Between 2001 and 2018, at least 140 governments adopted counter-terrorism legislation. The problem here is not necessarily the laws, but the misuse of them. According to the International Center for Not-for-Profit Law, 64 restrictive laws on civil society were adopted in 2015 and 2016 alone.

Sometimes the slope is slow and steady and sometimes it is sharp. The smear campaigns start with leaders calling dissent anti-nationalist, not in the people’s interest and against the sovereignty of the state—such as has been happening in India. This rhetoric quickly slips into a dangerous territory. Critics become ‘traitors’ and then quickly get labelled as ‘terrorists’, as the Chinese government has recently done regarding protestors in Hong Kong. Constitutional safeguards and laws that prevent executive over-reach in a democracy are deemed obsolete to deal with manufactured emergencies.

When the rationale of security is invoked, constitutional protections often fall away: for example, over 2,000 activists were detained in Egypt in just two weeks and 2,285 remained in detention as of October 2019. Civil society leaders and lawyers being labelled as terrorists must now face the full brutality of the anti- terror laws. In 2018, 58% of human rights defenders were charged under security legislation according to the UN special rapporteur on protecting human rights and fundamental freedoms while countering terrorism. Citizens in the Indian administered Jammu and Kashmir recently experienced this reality when India imposed curfews, detained thousands and instituted a near full communications blackout.

Liberty fighters quickly become the enemy under this manipulation. This rhetoric is not new. It has been used by oppressive governments for years. The apartheid government of South Africa labelled the African National Congress as terrorists. Nelson Mandela was considered a terrorist by many countries before he was recognized as a hero, precisely due to the repurposing of the security discourse to squash democratic aspirations. But we often cannot say who legitimate liberty fighters are until we have hindsight.

“A civilian-led approach, engaging civil society and communities is the most effective way to prevent violent extremism.”

The difference between then versus now, however, is that the national and global architecture protecting governments pre 9/11 was not as institutionally entrenched or opaque as it is today; for example, there are about 18 separate bodies in the UN counterterrorism structure alone. The legacy of anti-terrorism architecture created by the United States and its allies post 9/11 includes un-precedented security cooperation between nations. While such cooperation is not necessarily bad, its reach now creates significant violations of privacy and other basic rights. Actions carried out by states in the name of combatting terrorism are very hard to criticize, especially by Western governments who largely created these opaque structures.

The Financial Action Task Force (FATF) is one of these opaque intergovernmental bodies. Founded in 1989 to counter money laundering and whose mandate expanded after the 9/11 attacks to include regulation of funds to curb terrorism. The FATF issues special recommendations to States in October 2001, the body issued eight special recommendations, one of which targets not-for-profits. While these recommendations had genuine intentions,  inflexible interpretation of Financial Action Task Force regulations on funding flows has been used by governments wishing tot restrict the space for civil society to curtail crucial international funding to civil society groups. Whether it is the manipulation of such laws or the detention of lawyers and journalists, the result is a shredding of important monitoring and accountability mechanisms.

The irony in the counter terrorism debate is that these draconian legal approaches are not working. They have not led to a cessation of terrorism, in fact in many cases this has bred extremist ideologies. Civil society has proven invaluable in countering terrorism by providing communities place to air their grievances and providing an alternative narrative to the extremist ideologies. The Special Rapporteur contends that the opposite approach is actually more beneficial to countering terrorism and extremism, “a civilian-led approach, engaging civil society and communities is the most effective way to prevent violent extremism.”

How can states invest in civil society while also protecting national security?

These opaque counter-terrorism structures need to be reformed, possibly dismantled, so as to focus on strategies that actually work and to expose governments dismantling democracy in the name of countering terrorism. Let them lay bare what they are actually doing, which in many cases is to silence dissent and undermine the rule of law and access to justice, in order to maintain an ill-gotten grip on power.

Susan Wilding is Head of Geneva Office with CIVICUS, a global alliance of over 8000 civil society organizations and individuals.