Guatemalan citizens must unite to resist the efforts of Guatemala’s clandestine powers to dismantle justice—but they cannot do it alone. 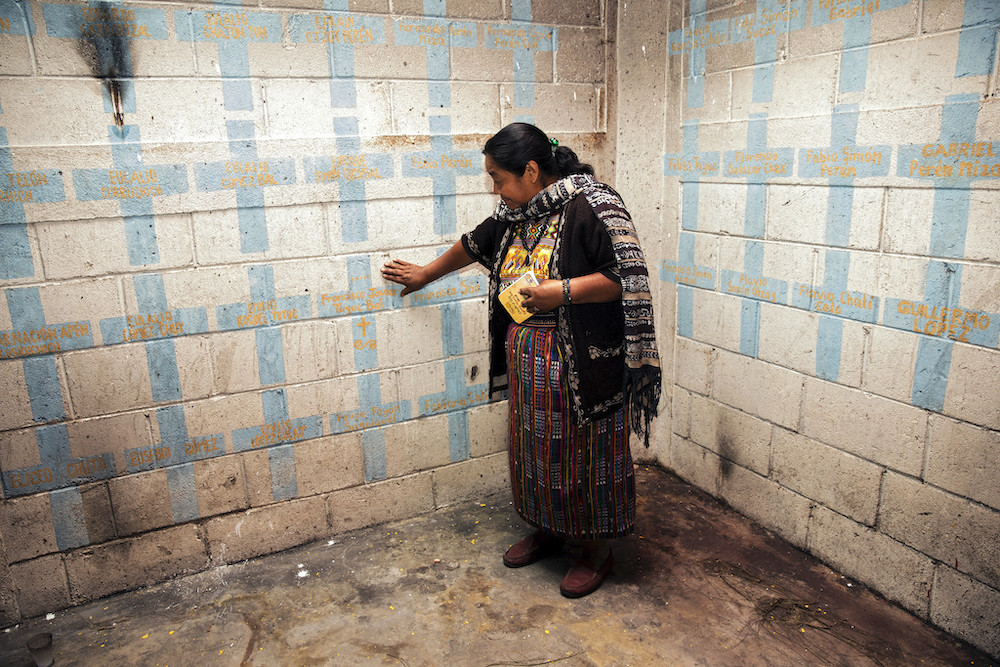 Guatemala’s future hangs in the balance, teetering between accountability and impunity. Pro-military members of Guatemala’s Congress have been pressing for an amnesty law that would free war criminals. Evidence in a national police archive that establishes their wrongdoing is at risk of being sealed. Last month, the current President of Guatemala, who was under investigation for receiving illicit campaign funds, succeeded in shutting the doors of the International Commission against Impunity in Guatemala (CICIG), a UN-backed commission that, for over a decade, has been working to dismantle corruption at the highest levels. The head of CICIG, Iván Velásquez, has alleged that its closure is due to “a parallel power structure [that has] captured the justice system and other institutions in Guatemala.” This story is part of an ongoing battle for the rights to the history of Guatemala.

The current backlash is, in part, an effort to eliminate the confluence of justice-enabling factors that have led to the successful prosecutions of grave crimes—something unthinkable when the crimes occurred some thirty years prior. Even in 2003, when I first traveled to Guatemala, Efrain Rios Montt was a prominent congressman who had just launched a campaign for president. At the time, clandestine groups, vestiges of its 36-year internal armed conflict, wielded enormous power that shielded former military officials like Montt from prosecution. However, almost ten years later, he was convicted of genocide for his role in the massacre of Ixil villages in 1982. This was a landmark moment: it was the first time that a former head of state was indicted and convicted of genocide in his own country (although later he was re-tried on shaky procedural grounds and died before the trial concluded).

The current backlash is, in part, an effort to eliminate the confluence of justice-enabling factors that have led to the successful prosecutions of grave crimes.

The Rios Montt case was only one of a remarkable sequence of historic firsts in the realm of transitional justice. In 2016, the country was experiencing a rather dramatic judicial awakening. That year, due largely to the courage and tenacity of a group of Mayan women who had been held as sexual slaves at the Sepur Zarco military base during the armed conflict, Guatemala’s High Risk Tribunal A—a court set up for especially sensitive political cases—became the first national court in the world to prosecute sexual violence as a crime against humanity. That same year, fourteen military officers would be charged in the largest case involving enforced disappearance in Latin America, after exhumations unearthed 558 human remains from mass graves at a former military base.

How were such groundbreaking prosecutions possible in a country that had a 95% impunity rate for homicides? To answer this question, over a span of six months in 2016, I interviewed over two dozen judges, prosecutors, human rights attorneys, and staff from the two Guatemalan truth and reconciliation commissions (TRCs). I also reviewed the full record of the case brought in Spain against the Guatemalan generals who were the alleged engineers of numerous mass atrocities against the Mayan population in Guatemala. Most significantly, I collected and analyzed the sentences in the cases that resulted in convictions for grave crimes committed during the armed conflict in Guatemalan courts—to my knowledge, this is the first such analysis. In total, I documented thirty cases involving international crimes committed during the armed conflict that resulted in convictions.

Through this research, I identified a set of justice-enabling factors that made these groundbreaking prosecutions possible in a country with such an atrocious record of impunity. One critical factor was the extensive documentation of the atrocities committed during Guatemala’s 36-year armed conflict by two TRCs. In the immediate aftermath of the conflict, Guatemala opted for an UN-backed TRC coupled with an amnesty law, which some believed were designed to ensure everlasting impunity. Skeptical of the restrictive mandate of this TRC, the Catholic Church established its own independent commission that, unlike the UN-backed commission, named those responsible for grave international crimes.

TRCs played a surprisingly important role in the aforementioned prosecutions.

Although the TRCs were once thought to be inadequate substitutes for justice and antithetical to criminal accountability, my research revealed that TRCs played a surprisingly important role in the aforementioned prosecutions. First, the reports provided prosecutors and human rights attorneys with a blueprint for their cases, often aiding them in identifying both witnesses and perpetrators. Second, they were frequently the source of critical evidence at trial. They helped courts understand command responsibility by identifying those most responsible at the highest levels. The historical narratives in the reports, which contested the official state-sanctioned version of events, significantly influenced how courts determined what crimes had been committed, why they occurred, and who was responsible for them. The TRCs also helped to diffuse international human rights norms at the local level. Prior to their release, Guatemalan courts exclusively characterized even the gravest international crimes as common crimes like homicide, assassination, or kidnapping. After the release of the reports, prosecutors started charging these crimes as genocide, crimes against humanity, and enforced disappearances.

These burgeoning cases also coincided with significant reforms to Guatemala’s legal system. Although the International Commission against Impunity in Guatemala (CICIG) was expressly prohibited from working on cases related to the armed conflict, it supported numerous initiatives that bolstered judicial and prosecutorial independence and integrity, that in turn made prosecutions of war criminals feasible. Namely, working with then-president of the Criminal Chamber of the Supreme Court of Justice, César Barrientos Pellecer, CICIG created a system of High Risk Tribunals. These courts are equipped with the security and expertise necessary to adjudicate complex and politically sensitive cases like international crimes cases. The support of a series of reform-minded Attorney Generals—including Amílcar Velásquez Zarate, Claudia Paz y Paz, and Thelma Aldana—who refused to yield to executive pressures to halt the cases, was also critical, as was the persistence and organization of the Guatemalan human rights movement, comprised mostly of survivors of the State’s most heinous crimes.

Also instrumental to the success of these cases were a number of international forces. In particular, Guatemalan prosecutors pointed to the judgments against Guatemala by the Inter-American Court of Human Rights, as requiring them to move forward with cases that had previously stalled. To a lesser extent, the case that proceeded in Spanish courts also provided an impetus for Guatemalan Courts to proceed with pending cases in part to ensure that Spain did not usurp its jurisdiction. Those I interviewed also identified political and financial support from the US government as being essential. Indeed, the United States has spent millions of dollars to preserve the national police archive, which has provided vital evidence in the many of the cases involving crimes during the internal armed conflict and is now under threat.

As the fight to end impunity continues, safeguarding these fundamental conditions for accountability is critical. The Guatemalan citizenry must unite, as it has before, to resist the concerted efforts of Guatemala’s clandestine powers to dismantle these justice-enabling factors. They cannot do it alone though. If past is prologue, the international community too must stay vigilant and support the efforts of the Guatemalan people in their struggle for accountability and the rule of law.

Rachel Lopéz is an associate professor of law at Drexel University’s Kline School of Law. She has researched transitional justice in Guatemala, first as a Fulbright Scholar and then a fellow at the Schell Center for International Human Rights at Yale Law School. Her most recent article on Guatemala, Post-Conflict Pluralism, was published in the University of Pennsylvania Journal of International Law.

The forgotten advocates of children's rights in Guatemala