By: Marianna A. Romero 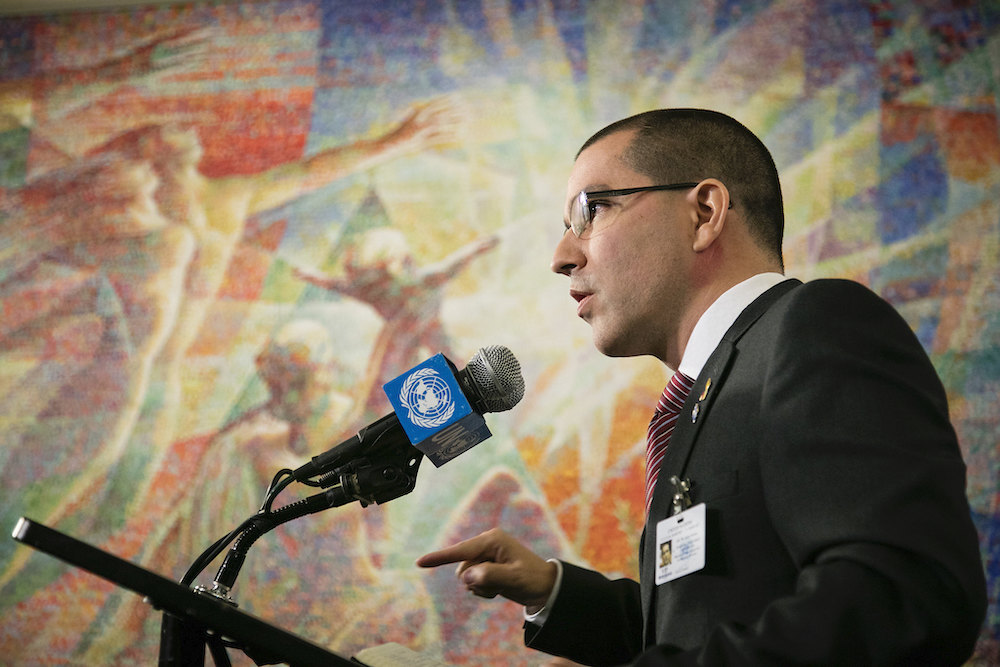 For more than 20 years in Venezuela, a series of laws, policies and practices have been implemented that have led to the institutional dismantling and de-structuring of the rule of law. This has resulted in a complex humanitarian emergency that—without access to effective mechanisms of justice that guarantee victims’ rights to truth, justice, reparation and guarantees of non-repetition—has had serious consequences for the population’s human rights.

This situation has resulted in a lack of protections for its citizenry, who are left destitute—unable to stake claim to their rights as there is no solid and independent Justice System that guarantees non-impunity in situations involving violations of fundamental freedoms or human rights.

Faced with the impossibility of finding effective domestic mechanisms that provide justice to victims and given Venezuela’s withdrawal from the regional system of human rights protection, the bodies and authority of the United Nations are becoming increasingly necessary. In this context, in order to advance the scope of justice and the determination of state responsibility, it is essential to have the ability to go before the Treaty Bodies, so they can perform monitoring functions and issue recommendations and opinions regarding compliance with Venezuela’s obligations to respect and ensure human rights.

The ability to turn to these mechanisms is very important; however, we must be vigilant that they not be co-opted by states. Between 2014 and 2015, Venezuela decided to catch up on their pending reports with the Treaty Bodies. However, their efforts were not genuine but were done as part of their petition for re-election as a member of the Human Rights Council. To date, Venezuela has not shown interest in taking the necessary measures and actions to effectively comply with the recommendations issued by the different bodies, nor has it followed up on them or presented information in the framework of the new pending evaluations. This is why the Human Rights Committee has condemned the state in its most recent evaluation.

For those of us who defend human rights in Venezuela and ensure that victims can obtain truth, justice and effective reparation, it is essential to have competent international organizations that provide, above all, a more immediate and reactive response.

We are currently facing a similar situation with Venezuela’s election to the Human Rights Council, despite being a state recognized for its human rights violations and abuses. This was highlighted on September 27, 2019 with the adoption of a resolution by this same Council to establish an independent fact-finding mission on possible violations of fundamental rights in Venezuela.

In such situations, and by virtue of the needs of the victims, it is necessary to work on strengthening the Committees’ mechanisms and their respective evaluation and reporting procedures, not only to effectively monitor their observations and recommendations, but to provide and promote actions aimed at compliance with them.

Based on experience using the International Protection Systems, it is important to have systems such as the Treaty Bodies that not only contribute to states complying with their international human rights obligations and commitments, but also support the progressive evolution of their legal systems. This is achieved by applying and adhering to international corpus juris, as well as implementing the recommendations, general observations and opinions of the different bodies in each country.

The more monitoring and cooperation among UN bodies, the greater the chance of obtaining justice for victims.

Under this measure, in cases such as Venezuela, it is necessary to move towards a more reactive response to the need for protection and justice for victims. When we are faced with states that fail to comply with their obligations or that co-opt human rights mechanisms, the Treaty Bodies—within the framework of their expertise and mandate—must act ex officio with scrutiny, control and condemnation of human rights abuses and violations. This is even more important when there is a lack of cooperation or dialogue with the state examined.

Additionally, it is essential to establish greater room for cooperation and protection among those who are a part of civil society organizations and Treaty Bodies. This is especially vital for those within the framework of consultation and evaluation processes, given that it is necessary to listen to independent voices to check the (non)compliancy of the obligations derived from the pacts; especially when the states are authoritarian, like Venezuela, and do not present information in a timely and truthful manner, while criminalizing and attacking those that do.

It is equally important to be able to work hand in hand with the special procedures of the Human Rights Council, with the understanding that the more monitoring and cooperation among UN bodies, the greater the chance of obtaining justice for victims. This can be achieved by advancing strong proposals that promote human rights protections and serve as a mechanisms to pressure for the compliance of both obligations and observations/recommendations—for example, by uniting voices in joint communiqués on general situations that fall within the mandates of both treaty bodies and special procedures.

This type of cooperation between agencies could also help to avoid the negative impact of special procedures members that could have a less independent position, and instead highlight the reality of the violations that are being committed. This happened in Venezuela, when the position and conclusions of a United Nations official after their visit to the country could be contrasted with the recommendations and findings of different treaty bodies. In addition to improving compliance and better protecting victims, Treaty Bodies would be strengthened by allowing for this ability to align communiqués or actions with other mechanisms in the face of violations related to their mandates.

For those of us who defend human rights in Venezuela and ensure that victims can obtain truth, justice and effective reparation, it is essential to have competent international organizations that provide, above all, a more immediate and reactive response that applies all the necessary measures to ensure that states fulfill their obligations. Such a response should also provide the support necessary for human rights defenders to carry out their peaceful and legitimate activities without undue restrictions, fear of harassment, threats or reprisals.

Combatting impunity and redressing wrongs to victims should not wait until a state decides it is in their interest to present information on compliance with the Treaty Bodies. In cases such as Venezuela, where massive and systematic human rights abuses and violations are committed, these bodies must react and take all the necessary measures ex officio to provide effective protection for victims.

Marianna Romero is the Director of the Center for Defenders and Justice (CDJ) in Venezuela.