Framing issues in different ways can undermine or bolster support of human rights, and experiments can help to explain why.

Human rights scholarship has seen an increase in the adoption of experimental research methods, particularly to understand the drivers of public opinion. For example, using experiments, scholars have highlighted the power of the media and framing on social norms, prejudice, tolerance and respect for human rights. Other experiments have shown that Americans support cutting aid to punish human rights violators, and that international human rights doctrines affect state behavior by shifting public opinion on rights practices.

Our own research uses experiments to examine what kinds of human rights advocacy campaigns succeed in changing people’s minds and mobilizing them to act.

Our own research uses experiments to examine what kinds of human rights advocacy campaigns succeed in changing people’s minds and mobilizing them to act. In the experiment, we designed mock campaigns (under the name of a fictitious human rights organization) to test the efficacy of the most common messaging strategies (or frames) used by human rights organizations. One third of the people who participated read a campaign ad with a personal frame, which emphasized an individual story of victimization. Another third read an informational frame designed to educate the audience on the issue. The final third read a motivational frame, emphasizing the audience’s agency to make change. 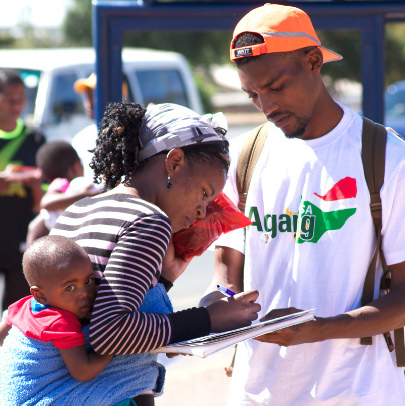 We found that personal frames were more likely to lead the audience to identify the abuse (in this case sleep deprivation during police interrogations) as a human rights violation and to sign a petition to end the practice.

Then, they all answered a series of questions to gauge their reactions to what they read, whether they recognize the described incident as a human rights violation, and whether they would participate in a direct action campaign to prevent future such abuses. We found that personal frames were more likely to lead the audience to identify the abuse (in this case sleep deprivation during police interrogations) as a human rights violation and to sign a petition to end the practice. In contrast, both the informational and motivational frames were generally ineffective at mobilizing human rights activism.

In a follow-up study, we found that, contrary to previous expectations, the efficacy of personal narratives was not diminished (or enhanced) when the campaign used additional framing strategies simultaneously.

However, in a third study we discovered that when the aim of the campaign was to encourage pro-social giving (financial donations), information about the nature and scope of the human rights crisis, in addition to a personal story of victimization, was important.

Digging deeper, scholars have shown that the specific content and details of the personal story matter as well. For example, Courtenay Conrad and colleagues find that Americans are more supportive of the use of torture when a victim is identified with an Arabic name, or when the interrogator is identified as a member of intelligence services, as compared with other scenarios. Ana Bracic and Amanda Murdie’s work shows that governments can discredit prisoners of conscience by framing them as terrorists, thereby undermining efforts to protect their human rights.

Experiments, like those described here, are particularly valuable in that they can often uncover why some advocacy campaigns succeed while others fail (for the academics in the room, we’re referring to “opening the black box” of causal mechanisms). In our own work, for example, we have found that the key to personal narratives’ success is in the emotional response they elicit from the audience. The more empathy the audience feels for the victim, and the stronger their emotional reaction to the negative effects the abuse had on the victim’s life, the more likely it is that they will identify the practice as a violation of basic human rights, and take action to stop it. Our most recent study on gender tropes in human rights campaigns finds that gendered narratives of victims’ lives and experiences change the audience’s perceptions of the victim’s vulnerability and innocence. These perceptions, in turn, determine whether the audience recognizes the abuse as a human rights violation, and chooses to take action to end the practice.

More importantly, experimental research provides an opportunity for academics to provide a real service to the human rights community. Many human rights organizations do not have the time or resources to carefully vet their messaging strategies. This is a problem, since untested messaging campaigns may be ineffective, may backfire, or may have other, unintended, consequences. For example, Brendan Nyhan and colleagues find that campaigns aimed at correcting misinformation about the effects of vaccines actually increased some misperceptions and reduced the intent to vaccinate for families most likely to not vaccinate their children. Similarly, critics have argued that efforts to advocate on behalf of “innocent women and children” have had the unintended consequence of leaving adult and adolescent men at greater risk and insecurity (see, for example, Charli Carpenter’s work here and here, and critiques by Emily Cousens and Jennifer Saul of responses to the Syrian refugee crisis).

Human rights practitioners and scholars both have an interest in evidence-based advocacy. Given our common interests and goals, it is surprising how infrequently and ineffectually we communicate and contribute directly to one another’s work. Experimental research provides an opportunity for that type of collaboration. Advocates can help researchers better understand how and why messaging campaigns are used in the real world, and scholars can use experiments to “field test” advocacy techniques, and to inform practitioners what works and why.

* An earlier version of this post was previously published in the Duck of Minerva on November 9, 2015.

Michele Leiby is a professor of political science at the College of Wooster in Ohio. Her research focuses on human rights and political violence, and gender and conflict processes.

Matthew Krain is a professor of political science at the College of Wooster in Ohio. His research examines the causes and consequences of repression and large-scale political violence.