Systematic discrimination means that—despite vocational programs—many prisoners in Brazil and elsewhere end up with less opportunities than before they were incarcerated. 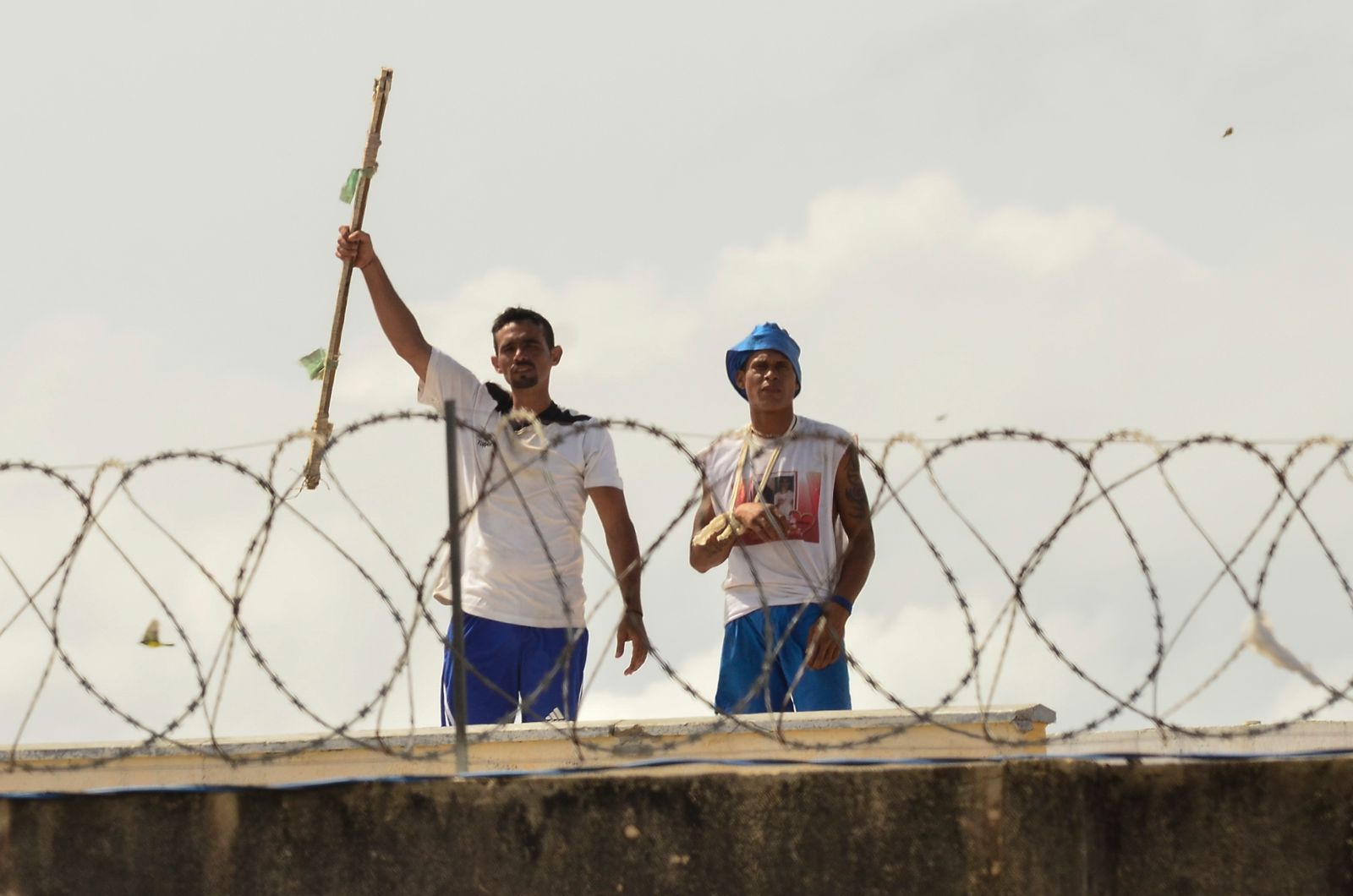 Latin America’s prison systems are currently facing a region-wide crisis. Prison riots have caused hundreds of deaths in Brazil, Mexico, and Guatemala, and authorities have not been able to contain prison disputes among rival gangs. Long-standing issues around racial profiling, delays in sentencing, and inadequate reintegration programs are also rife, which only exacerbates the violence.

Today, Brazil has the third largest prison population in the world with 682,901 prisoners. According to the country’s Justice Ministry, 64% of this population are black, 28% are imprisoned on crimes linked to drug trafficking, and 40% are provisional prisoners who have not yet been convicted or even tried. In a system with an official capacity of 408,116 prisoners, Brazil’s occupancy rate is 165.4%, with this population continuing on an upward trajectory.

Routine and lengthy delays in sentencing are worsening the problem. In 2017, a National Justice Council report stated that convicts wait from one to seven years in pre-trial detention. Brazil has an anti-drug policy (Law 11.343/2006) which, in theory, was supposed to end prison time for drug users by approaching drug use as a health issue and not a criminal offence. Unfortunately, the lack of clear criteria between drug use and drug trafficking, paired with insufficient health access, causes legal uncertainty and social standardization, and addicts continue to be locked up. In other words, if a person is white and middle class, that person will probably be considered a user and not go to jail, but a person who is black and poor almost certainly will go to pre-trial detention.

According to the Igarape Institute, nearly one-third of Brazilian inmates were in jail due to drug trafficking as of 2016—but it is unclear how many of these are only users and how many are traffickers—and the numbers keep growing.

Amidst these bleak statistics, there are organizations trying to change the system, especially in terms of reintegration. For example, an institution called APAC (Association for Protection and Assistance of Convicts) started 43 years ago in Sao Paulo, Brazil. Their program is based on selecting a few prisoners from the regular system, picking the ones who are not related to any criminal group and who have reduced sentence due to good behavior. To qualify, the prisoners must commit themselves to the institution’s Christian values. APAC’s philosophy is “to kill the criminal and save the man” by offering vocational and religious courses. The program works with more than 40 prisons, lacks any police presence and/or weapons and receives support from the Minas Gerais Government, the European Commission, FIAT and others.

However, even these progressive attempts at improving reintegration cannot “humanize” an inherently dehumanizing system. The prison system continues to uphold a longstanding unequal and prejudicial structure. For example, after the abolition of slavery in Brazil in 1888, blacks, indigenous people, and immigrants were still marginalized by a new Penal Code that targeted and controlled them, marking them as dangerous. This system of discrimination persists today.

While there is no doubt that alternatives like the APAC program are better than the current prison system in Brazil, advocates for change need to better address the roots of the prison crisis. The problem is not only the treatment that prisoners receive, but also who ends up in prison in the first place.

Inspiration for prison alternatives that get to the root of the problem can be found in the prison abolition movement, which was also gaining momentum when APAC started. This movement was triggered after the War on Drugs commenced in earnest—which exploded the American prison population due to drug charges from 40,000 in 1980 to 500,000 in 2009. The goal of abolitionists was to reform the criminal justice system and offer alternatives to incarceration, as many people were (and still are) locked up because they were too poor to hire an attorney.

Today, the UN agrees with this approach and has issued reports about imprisonment as a last resort, giving alternatives penalties such as: community service, social reports by the probation service, decriminalization of drugs, and mediation. The true reinvention of the system requires social, health, education, and environmental changes to achieve tangible needs. The abolitionist strategy is a justice system based on reparation and reconciliation rather than retribution and vengeance.

Angela Davis, an American political activist, says: “Imprisonment is associated with the racialization of those most likely to be punished”. Changing this reality must be the aim of prison reform. Currently, nothing in Brazilian prisons helps a person to reintegrate into society. Even educational and vocational programs within this system cannot overcome the stigma that ex-convicts face. In fact, most prisoners leave jail with less opportunities than they had before, and recidivism rates in Brazil are extremely high, though exact data is scarce.

Brazil’s new president, Jair Bolsonaro, says that changing the prison system is a priority for him; however, this “reform” promises to be even tougher on crime and is likely to put even more poor people in prison. His new program for  Penal Law and prisons includes: access to weapons by the population; softer rules for anyone who kills in self-defense (especially the police); lowering the age of criminal responsibility from 18 to 17 years; ending the parole process; typifying invasions of rural and urban properties as terrorism while making reference to political groups, such as the Landless Rural Workers’ Movement; and increasing penalties for rape crimes, including voluntary chemical castration in exchange for the reduction of sentences.

In other words, the new president aims to reform the prison system by hardening it, moving in the exact opposite direction of APAC’s work and the abolitionist goal of prison as a last resort.

Instead, what prison systems need, in Brazil and globally, is to address the roots of the prison problem. Alternatives based on this philosophy aim to remove prison—as much as possible—from the social and ideological landscape of our society. The creation of institutions like addiction treatment centers, job and living wage programs like the ones in Jaipur in India, and the use of mediation to solve cases are a few examples of these alternatives. One Brazilian examples is a project called “Vozes e Olhares, Uma Geração nas cidades em conflito”, the active participation of the community and family has helped to reduce recidivism. This project involves improving access to education and offers psychological support, aiming to address root issues that lead to involvement in crime. The project creates community circles with teachers, social workers, psychologists, police, and other members of the community, with the primary aim of strengthening community ties and creating different forms of conflict resolution and restitution.

As Ruth Wilson Gilmore, an American abolition activist, says: “Experience is important but consciousness is what matters”. And this is what prison reform needs to do: create awareness of the inhumanity of the prison system, find as many alternatives to incarceration as possible, and tie human rights and development to the reformation of prisons.

Náthaly Calixto is an attorney in Brazil with a postgraduate degree in International Politics and a Master’s Degree in Political Science and International Relations by NOVA de Lisboa. She has worked in projects with the Humans Rights Commission of Rio de Janeiro and the Human Rights Project in Sri Lanka with WERC.