When much broader communities can harness intellectual property rights, these shifts can contribute to reducing inequality and improving the standard of life for many of the world’s poor. 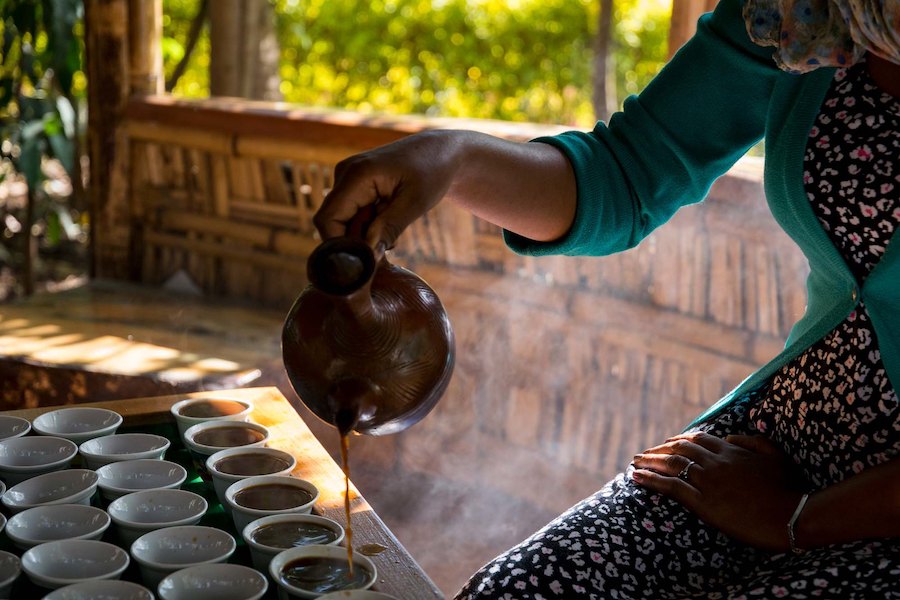 When low-income communities actively harness intellectual property, they can participate in “global cultural and commercial markets" as creators, not simply as passive receivers or wardens of traditional knowledge.

Light Years IP, a Washington DC-based nonprofit organization, has helped women producers of shea butter in Sudan and Uganda establish the cooperative, the Women’s Owned Nilotica Shea (WONS), and their own retail brand. The organization has provided training on the importance of intellectual property strategies for the women producers. Margaret Brindle, the Director of Education at Light Years IP, explains why intellectual property and branding matter for the women producers in the WONS Workbook. The Workbook emphasizes the unique attributes of East African shea butter and discusses intellectual property business strategies. Instead of accepting unfavorable offers from major cosmetic companies, the women are now able to own their brand and take control of distribution. According to the Light Years IP website, these women will earn $25 to $100 per kilogram, instead of taking the low offer of $6 per kilogram.

Light Years IP has similarly helped Ethiopian coffee farmers take control of their coffee brands and the distribution of their coffee through a trademark and licensing initiative. With the help of trademark lawyers, coffee farmers filed trademark registrations and licensed distributors across major market countries. This gave the Ethiopian coffee export sector greater negotiating power. As a result, the annual export income doubled from $100 million in 2007 to over $201 million in 2008, and the producer and exporter income also doubled.

Lastly, Superflex, a Danish artists’ collective, worked with guarana berry farmers in Maués, Brazil when the farmers organized themselves in response to a seeming cartel among multinational corporations. At the time, the price of the berries was dropped from $25 per kilogram to $4 per kilogram. To fight back against the guarana berry-based energy drinks marketed and sold by multinational corporations, the farmers decided to manufacture and distribute its own soft drink, Guaraná Power. Superflex helped the farmers develop their own product and design a logo for it. While the complexities of enforcing intellectual property law and the resource inequalities in fighting such lawsuits are beyond the scope of this piece, the act of registering a trademark and developing one’s own brand can still put farmers in a better negotiating position and facilitate their businesses.

As law professor Madhavi Sunder writes in her book: “empowerment for the poor will entail their learning how to control and market their own knowledge products.” In order to make intellectual property law work for all, we will have to make the law better. However, we can also learn from successful examples and ask ourselves: how can we share knowledge of intellectual property law and strategies with broader communities and help them participate in the market? When much broader communities harness intellectual property, these shifts can contribute to advancing equitable conditions of global transactions and human rights to an adequate standard of living and the right to take part in cultural life.

Sarah Kim is Junior Professional Officer at the International Court of Justice in The Hague, the Netherlands. Prior to this, she was a 2018-2019 fellow at PILnet, a nonprofit organization in New York. Her studies at Berkeley Law deepened her interest in examining law in relation to political, economic, social, and cultural contexts and implications.