Much of the criticism of UN SG Guterres for his “silence” on human rights is misplaced—he is rather making a good faith effort, alongside High Commissioner Bachelet, to balance the public and private diplomacy aspects of his mandate. 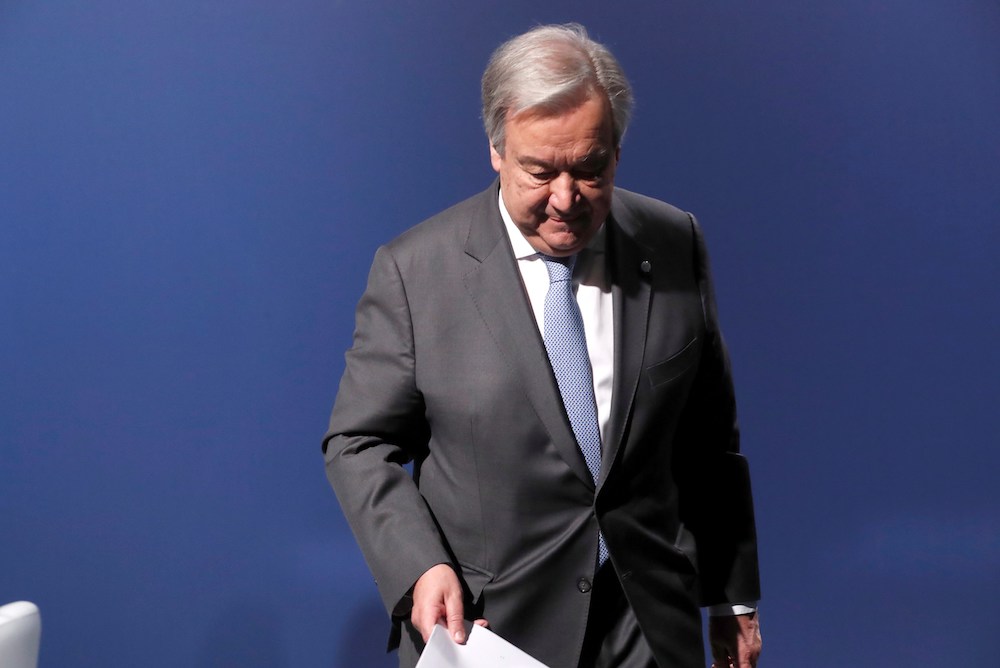 Is Secretary-General António Guterres really committed to human rights? That’s a question that has been vexing diplomats, civil society representatives and journalists ever since he started the job in January 2017. Many have concluded the answer is ‘no.’ A narrative has developed in which Guterres—faced with the rise of populist leaders in many key UN member States—has chosen to sacrifice human rights on the altar of geo-political expediency. This perceived neglect has been especially disappointing to those who believed, based on his background and as UN High Commissioner for Refugees, that he would be a human rights champion.

This narrative was in plain view in a recent article in Foreign Policy magazine (4 February, 2020) entitled ‘UN Chief faces internal criticism over human rights’—a full-frontal attack on Guterres and his human rights record. But is this reading fair?

The article relies heavily on comments from the outgoing UN Assistant Secretary-General for human rights, Andrew Gilmour, former UN High Commissioner for Human Rights, and now Vice-Chair of the Board of Directors at Human Rights Watch (HRW), Zeid Ra’ad Al-Hussein, and HRW Executive Director, Ken Roth. It alleges that “from China to Saudi Arabia and the United States […] the former Portuguese prime minister has repeatedly chosen quiet diplomacy over candour and public denunciation in responding to flagrant rights violations during his first three years in office”. Zeid states that this is a sign of “weakness”, not prudence, while an email from Gilmore is quoted as saying Guterres’ deferential approach brings “shame” to the organisation. In an earlier op-ed in the Washington Post, Roth argued that Guterres’s term is “becoming defined by his silence on human rights”.

Zeid goes so far as to juxtapose such behaviour with his own perceived bravery while High Commissioner in “attacking [world] leaders by name”. Public opinion and public pressure, he adds, are “an enormous source of influence if you decide to use [them]. But you have to get to the point where you can’t be afraid to use [them]”.

A narrative has developed in which Guterres has chosen to sacrifice human rights on the altar of geo-political expediency.

Further evidence of Guterres’ perceived ambivalence on the issue is found, many allege, in his lack of support for his predecessor Ban Ki-moon’s Human Rights Up Front (HRUF) initiative. This was launched in 2013 in response to a damning review of the UN’s failure to protect hundreds of thousands of Tamil civilians during the final months of Sri Lanka’s brutal civil war. The effort was intended to make clear that human rights was a core UN concern and as such must be promoted and defended by all UN staff, especially those in leadership positions. This includes the UN Resident Co-ordinators, who lead the UN’s in-country teams.

There are two important problems with these attacks.

First, they presuppose that the best antidote to serious human rights violations is, in all cases, to publicly excoriate the leaders of the States’ alleged to have committed them. Public diplomacy – or ‘naming and shaming’ as it often labelled – has its place in the toolbox of both the Secretary-General and the High Commissioner. Where states, however powerful, routinely violate rights, and show no willingness to change their behaviour, then the UN Secretary-General, in concert with the High Commissioner, can and must speak out.  However, ‘naming and shaming’ is certainly not the only tool in the UN’s toolbox. Nor is it, in a majority of cases, the most effective.

Some countries have no intention of cooperating with the UN—Syria, North Korea, or Venezuela, for example. There are, however, many more (a significant majority of UN member States) that do want to take steps to improve their human rights record, but which lack the capacity to do so. In such scenarios, dialogue, cooperation, and assistance are likely to work far better than public condemnation. Similarly, where a country first begins to slip into a human rights crisis, ‘naming and shaming’ at the UN would be highly unlikely to do any good. Indeed, it would likely do a great deal of harm by weakening moderates and strengthening hard-liners in the country. In such instances, preventative diplomacy is likely to be far more effective than isolating and vilifying the country concerned.

‘Naming and shaming’ is certainly not the only tool in the UN’s toolbox. Nor is it, in a majority of cases, the most effective.

Guterres seems well-attuned to these points, recently telling reporters he must balance human rights advocacy with the need to engage with governments to end conflicts and pursue peace. ‘We are not an NGO,’ he said. Furthermore, in his recent ‘Call to Action for Human Rights,’ he makes clear that: “… our purpose is, above all, to have a positive impact. This means being open to all available channels and opportunities to engage. There is space for negotiations behind the scenes, a place for building and strengthening national capacities, a place for supporting different stakeholders, and a time when speaking out is essential.”

It is also important to consider the counter intuitive: would a blanket ‘naming and shaming’ approach work any better? Zeid relied heavily on public diplomacy during his time as High Commissioner. Yet there is little evidence his regular, outspoken criticisms of states, including the most powerful, resulted in any of the targets changing their behaviour. On the contrary, by relying so exclusively on megaphone diplomacy, at the expense of other dimensions of his mandate, Zeid threw away most of his levers of influence – not only with the states he criticised but also with a large majority of developing countries.

Second, while it may be true that Guterres has not pursued the HRUF initiative, its underlying goals live on in his other reform efforts. The weakness of HRUF was that it represented a soft policy response to a deep structural problem: namely that most Resident Coordinators (RC) were ‘development people,’ naturally nervous about raising human rights concerns, and all were dependent on their employer, the UN’s Development Program (UNDP), for their professional development. The consequences of this became tragically clear in Sri Lanka—an RC system whose leaders did not understand human rights and were nervous about raising human rights concerns with host governments for fear of being expelled.

A soft policy response like HRUF could never, on its own, have succeeded in transforming this situation—a point brought into tragic focus when many of the mistakes made in Sri Lanka were repeated a few years later in Myanmar. What was needed instead were bold structural reforms: moving the RC system out from under UNDP and placing it back within the sphere of control of the Executive Office of the Secretary-General (EOSG); making it clear that only individuals committed to all three pillars of the UN (security, development and human rights), would henceforth be considered for RC positions; sourcing more RCs from human rights-focused UN agencies; including human rights in the standard operating procedures of RCs; and insisting that human rights be included in the UN’s country planning.

This, indeed, is what Guterres has succeeded in achieving with his reforms of the past two years.