A landmark case on same-sex marriage in Romania could expand the possibilities for LGBT rights in the region. 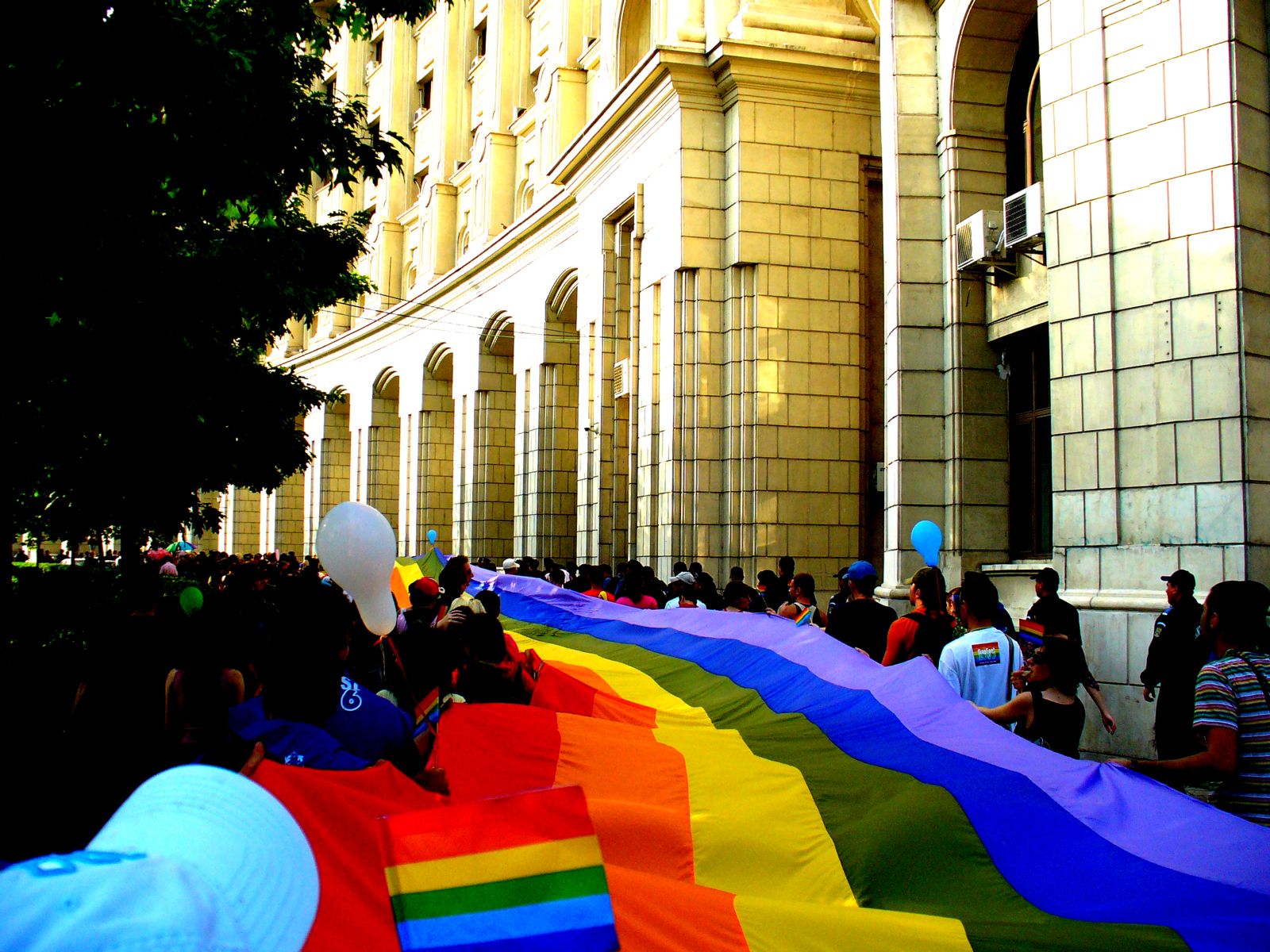 Romania currently ranks 35 of the 49 countries in Europe assessed by ILGA Europe on their LGBT equality laws and policies. While Romania adopted anti-discrimination legislation in 2000 and decriminalized same-sex consenting relationships in 2001, the Parliament then amended the civil code to rule-out same-sex marriage and civil partnerships in 2008. However a 2018 referendum to raise the same-sex marriage prohibition at the level of the Constitution failed.

In fact, civil society has actively supported the human rights for LGBT people in the region, from several LGBT organizations to allies in the human rights and other movements. Successful cases from Romania include MC & AC v Romania, which found that Romania failed to conduct an effective investigation of hate-crime in the case of two youth severely beaten up after attending Bucharest PRIDE 2006. Another case is ACCEPT v. CNCD (C-81/12), the first Court of Justice of the European Union’s case on non-discrimination on the ground of sexual orientation regarding recruitment in employment. The ruling stated that anti-discrimination sanctions need to be effective, dissuasive, and proportional, in order to prevent further discrimination.

In June 2018, the European Court of Justice in Luxembourg issued a ruling recognizing same-sex marriages for the purpose of freedom of movement in the EU, a significant victory for LGBT rights in Eastern and Central Europe. The case was brought by myself, Adrian Coman, a Romanian citizen, my spouse, Clai Hamilton, a US citizen who was denied residency rights in Romania because the civil code doesn’t recognize same-sex marriages, and the LGBT group ACCEPT in Romania.

The case was hailed as a victory—a classic case of strategic litigation being used to challenge restrictive national law. But for us, it involved a legal battle that lasted over five years, and which is still not complete. Adding to the intensity, the case was advancing through the courts against the background of a contentious conservative campaign to raise the civil code prohibition of same-sex marriage at the level of the constitution.

ACCEPT lawyers Iustina Ionescu and Romanita Iordache filed the initial application before a local court in Romania in November, 2013, claiming discrimination under the European Union’s freedom of movement, which requires that all member states grant residency to EU citizens’ spouses who don’t have their own European citizenship or residence, when the EU citizen exercises their free movement rights. They also claimed it breached the Romanian Constitution’s equal protection of the right to private and family life. In 2016, the Romanian Constitutional Court referred the issue to the Court of Justice of the European Union (CJEU)—the first time they had taken such a step. In June 2018, the CJEU ruled in our favor, advising the Romanian Constitutional Court that the term “spouse” includes same-sex partners under the principle of freedom of movement. In other words, all EU member states need to recognize same-sex marriages realized in another member state, for the purpose of free movement.

After the CJEU decision, the Romanian Constitutional Court, while not repealing the civil code provisions, clarified that these provisions need to be applied in the light of the CJEU decision. In addition, the ruling recognized that same-sex couples have same right to private and family life as straight couples in Romania, quoting decisions from the European Court of Human Rights (Council of Europe).

The CJEU decision is particularly important in six countries that do not have any form of legal recognition of same sex couples: Bulgaria, Latvia, Lithuania, Romania, Poland, and Slovakia. In less than six months since the CJEU decision, in addition to Romania, courts in three of these countries relied on the CJEU decision in our case. In Bulgaria, a first instance court ruled that an Australian woman was entitled to a residence, after moving there with her French spouse (the government has since appealed). In Poland, the Supreme Administrative Court recognized the birth certificate of a child born in the UK, on which the two Polish mothers, married in the UK, were listed as parents. And in Lithuania, the Constitutional Court ruled that denying residency permits to the spouses of gay Lithuanian citizens who had married abroad was discriminatory. Overall, what helped our case is that the question involved freedom of movement in the EU—an issue that many Romanians care about.

In addition, media strategy was very important. The media adviser from ACCEPT, Teo Rotaru, made sure that reporters were fully briefed before they came to interview us and our parents. We discussed the possibility of intrusive questions and our relatable experiences, especially when it came to the state violating our rights. We were advised to be open and sincere about who we are and why we need the same legal protection. As a result, we had positive media coverage, including on the more conservative TV channels.

Finally, the case had the support of the Romanian Equality Body—the first equality body to go before the CJEU, and of NGOs in both Romania (such as the Anti-Discrimination Coalition) and at the EU level (such as ILGA Europe), who filed legal briefs in the Romanian Constitutional Court. We also received legal support—all pro bono—from Professor Robert Wintemute and White and Case.

While the outcome of the case was the result of a lot of energy and hope, I don’t use the wording “strategic litigation,” because it suggests we were building a case to change the law, rather than the reality of our specific problem that needed addressing. I think this term, in our case, disregards the human connection that was key in this process.

It would not have been the same if Clai and I had not shown up at the court hearings, or if I had been unable to speak before the Constitutional Court. In fact, the Chief Justice—a man not known as a very pro-change or liberal person—actually thanked me at the end, saying that, regardless of the decision, he was grateful that I was sincere with them. I think this human connection with the judges and the media was very important, and it is probably reflective of how life and human rights are complex and not just a matter of law.

Hopefully our case will help further developments in Romania, especially the adoption of a civil partnership law, for both straight and gay couples, to ensure protection of the law for all families. Ideally, other countries’ courts and legislators will recognize our families and our humanity, and eventually they will see our human diversity as a value and not as a threat.

This story is not the end of the fight for LGBT equality in Romania, and our experience continues to encourage couples to ask ACCEPT for their support in a court of law, to gain proper protection for their rights as a family. We hope to be an inspiration for other Romanians who will not be happy with a blunt refusal from authorities and who will seek respect for their human dignity.

Adrian Coman coordinates the International Social Justice Program at the Arcus Foundation in New York, advancing human rights for LGBT people. Prior to this, Adrian was the executive director of the LGBT group ACCEPT in Romania (1997-2002).