Communities in Africa are increasingly using litigation to challenge large extractive projects that exacerbate the climate emergency and loss of biodiversity. 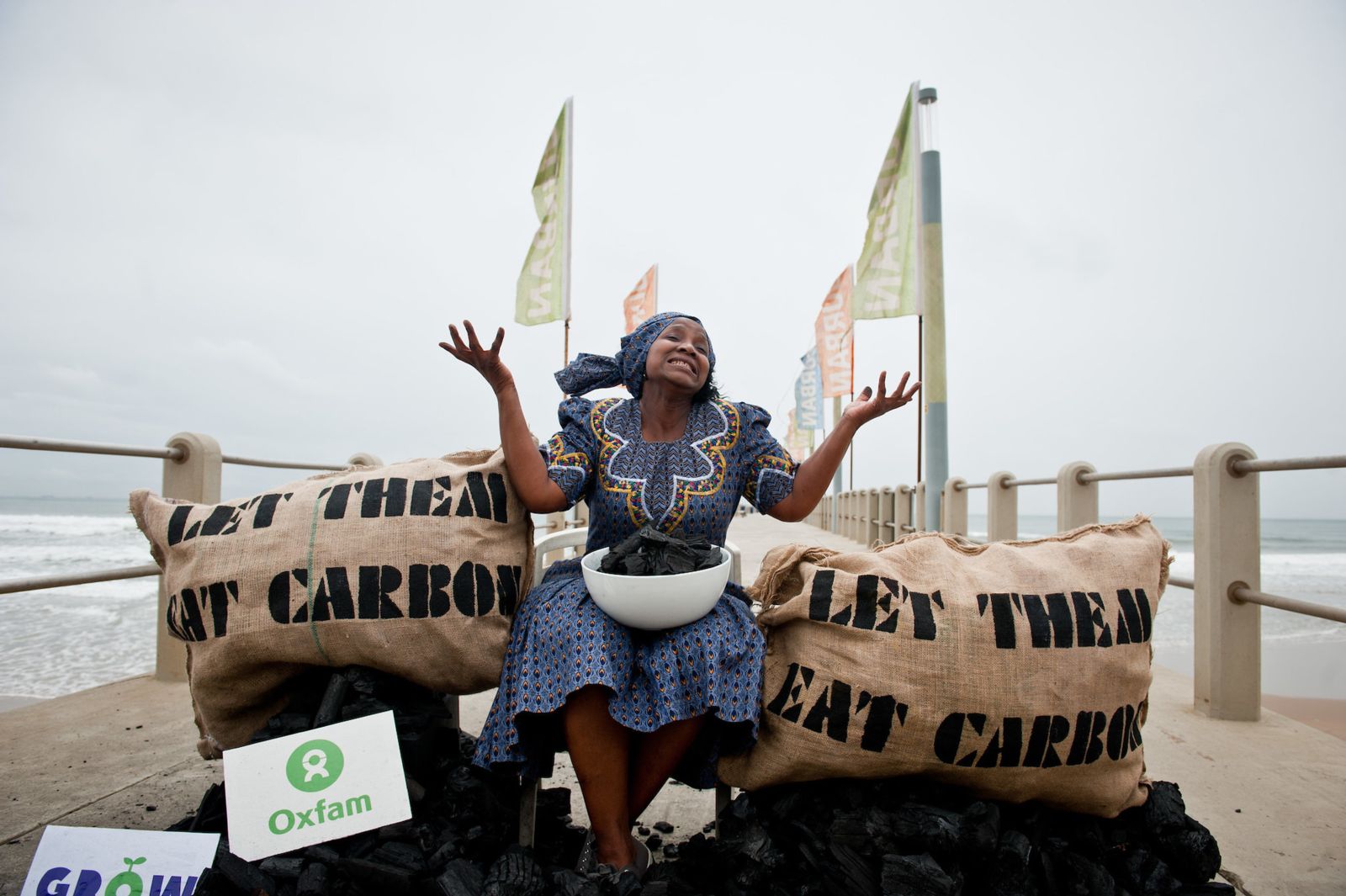 As we pause collectively under various states of lockdown, the COVID-19 pandemic is a mirror showing us that our systems are broken, inequality has reached unsustainable proportions, violence against women has been normalised, and the destruction of the planet is a way of life.

Consumption patterns across the globe are fuelling the accelerated extraction of people’s labour and the resources that nature provides. Large-scale agriculture, with its associated land grabs and slave labour, together with fossil fuel extraction, has brought us to the brink: we are witness to large-scale violations of people’s rights and high levels of biodiversity loss and extinction rates.

Within this context, communities in Africa are increasingly finding ways to challenge the large extractive projects, which have been contributing to the climate emergency and loss of biodiversity. Climate-related litigation is a growing focus within the Africa context. Several communities and legal environmental organisations have gone to court to stop harmful projects or to assert the rights of communities where there have been violations of justice.

On 26 June 2019, Kenya’s National Environment Tribunal delivered an important decision revoking an Environmental Impact Assessment (EIA) Licence issued to Amu Power Company Limited for the development of Kenya’s first coal-fired power plant: a 1050MW plant to be located on the seashores of the climate-sensitive Lamu County and close to a world heritage site, Lamu Island. The long-awaited decision followed an appeal first filed in 2016 by Save Lamu, a community-based organisation, and five Lamu residents. Together they represent the interests of the vibrant and diverse community that has called Lamu Island its home for centuries. Natural Justice has been working to support the communities in Lamu for the past decade.

The Tribunal explained that, where there is lack of clarity on the consequences of certain legislation, it behooves regulatory bodies to reject project proposals as a precaution.

The judgment asserts the central place of community voices in decision-making processes, particularly those communities that are most affected by such harmful development choices. It equally highlights key aspects of effective public participation

The Tribunal stated in its decision, “Climate Change issues are pertinent in projects of this nature and due consideration and compliance with all laws relating to the same. The omission to consider the provisions of the Climate Change Act 2016 was significant even though its eventual effect would be unknown.” The Tribunal applied the precautionary principle and explained that, where there is lack of clarity on the consequences of certain legislation, it behooves regulatory bodies to reject project proposals as a precaution—climate change issues are considered of greater significance than incomplete or inadequate studies when moving development projects forward.

This South African case was brought by Earthlife Africa, represented by the Centre for Environmental Rights challenging a proposed coal plant based on climate change impacts. This was the first case in South Africa to do so. Environmental authorisation was granted to build a 1200MW coal-fired power station in the Limpopo Province, without a climate impact assessment. On 8 March 2017, the High Court in Pretoria confirmed that climate change poses a substantial risk to sustainable development in SA, which is enshrined in the environmental right in the Constitution. The case sets an important precedent challenging decisions which rely on outdated energy policies supporting new coal developments and is informed by a key principle of equity, that of intergenerational justice.

The Philippi Horticultural Area (PHA) is a 120-kilometre radius of farmland and wetland that has been the City of Cape Town’s primary source of fresh produce for over a century. The agricultural success and climate resilience of the PHA is due, in part, to the Cape Flats Aquifer running underneath the area, which makes the area more resistant to drought.

Relying upon misguided and inaccurate studies, the City of Cape Town approved development proposals that would eliminate one-third of the farmland, resulting in a loss of 4,000 jobs and 150,000 tons of annual vegetable and flower production. The proposals also led to the degradation and pollution of the aquifer, which provides water security to the area.

The PHA Food & Farming Campaign, a grassroots organisation, took the matter to the Western Cape High Court. It was determined that, while there were outdated groundwater, freshwater, and stormwater impact assessments, there had been no specialised aquifer impact assessment. Judge Savage, who heard the case, stated that, “What was required was a more recent assessment of the health of the aquifer and the impact that the proposed development will have on the aquifer given climate change and water scarcity in the area.”

This case marks the first time a judge has instructed a city or a municipality in South Africa to take into account water scarcity and supply in light of climate change during development planning. The case decided that neither the City of Cape Town nor the Western Cape provincial government considered the full impact of the development projects on the Cape Flats Aquifer.

This case marks the first time a judge has instructed a city or a municipality in South Africa to take into account water scarcity and supply in light of climate change during development planning.

This victory follows the important community victory in the Xolobeni case, where The Pretoria High Court ruled that the Minister of Mineral Resources will have to obtain “full and formal consent” from the Xolobeni community prior to granting mining rights. Natural Justice is working with the Philippi activists to challenge a proposed mining operation above the aquifer.

Communities in Africa, like the rest of the world, are living in very uncertain times. The COVID-19 pandemic is just the start of the challenges we face. But the cases brought before the courts show that communities are not passive bystanders. Climate litigation victories from across the globe, including more recently in Colombia, New Zealand, Pakistan, India, South Africa, Kenya and the Netherlands, show clearly that the momentum is starting to grow. People from Indigenous and local communities, young people, and women are leading many of these cases. As I write this, the court victory in Greenpeace Nordic Association vs. Norwegian Ministry of Petroleum and Energy, based on the enshrined right to a healthy environment, is being shared widely. The District Court agreed that Norway’s constitutional right to a healthy environment was enforceable by the courts but said that it hadn't been violated, partly because Norway wasn’t responsible for its exported oil being burned elsewhere. The Court of Appeal agreed the right is enforceable and added that Norway is responsible for its "exported" emissions.

Strategic climate litigation is one avenue to challenge corporations and governments. While it is time- and money-consuming, each victory creates a ripple effect in communities in Africa and in the boardrooms of multi-national companies. As communities are more aware of the law, they are in a position to use it, shape it, and challenge it. During this time of uncertainty, we can be certain people will stand up for their rights.

In the words of Kenyan writer Ngũgĩ wa Thiong'o, “No night is so dark that it will not end in dawn, or simply put, every night ends with dawn”.

Pooven Moodley is a Human Rights and Environmental Lawyer from South Africa. He is the Executive Director of Natural Justice and also is the ICCA Consortium Council co-chair on Defending Territories of Life.