Courts can adjudicate the effectiveness of emissions reduction policies in protecting fundamental rights without encroaching on the powers of the political branches of government. 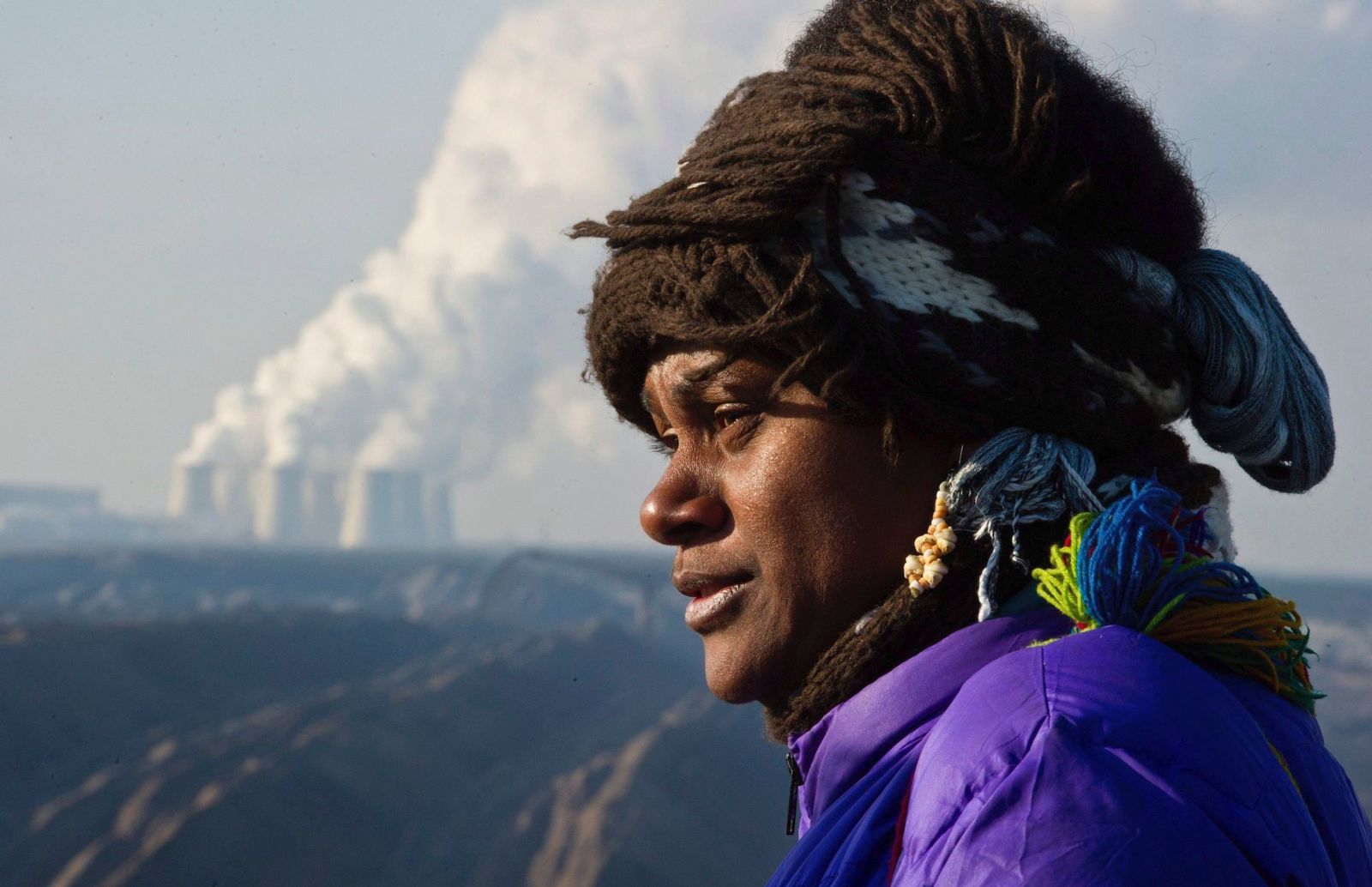 Serafhina Gigira Aupong from Papua New Guinea, a UN witness to climate change, stands on the edge of a brown coal strip mine in Germany. Patrick Pleul/EPA.

“Our land is the string connecting us to our culture. It ties us to who we are. If we were to have to move we would be like helium balloons disconnected from our culture. Our culture would become extinct. We would be a dying race of people.”

Recent European and North American case law has diverged on one of the most fundamental issues in climate change litigation—that is, whether courts can adjudicate a state’s compliance with constitutional and human rights law in the context of climate change-related harm. In Juliana v United States, a majority of the United States federal Ninth Circuit Court declined to even attempt to assess such compliance, finding that it would “require the judiciary to pass judgment on the sufficiency of the government’s response to the order, which necessarily would entail a broad range of policymaking”. In contrast, in Urgenda v Netherlands, the Dutch Supreme Court upheld the concept of a “minimum fair share” of emissions reductions, “in accordance with the widely supported view of states and international organizations, which is also founded in climate science”. Similarly, the Norwegian Court of Appeal found that the Paris Agreement could “contribute to clarification of what is the acceptable tolerance limit and relevant measures” under the Norwegian constitutional right to a healthy environment.

As courts around the world are asked with increasing frequency to adjudicate the effectiveness of states’ emissions reduction policies to protect fundamental rights, we argue that courts can adjudicate such issues without encroaching on the powers of the political branches of government. To do so, courts must interpret a state’s responsibility to protect human rights in light of (among other things) international climate change law. The Paris Agreement’s principles of differentiation provide the legal framework for judges and other adjudicators to use in enforcing a minimum standard of emissions reductions under constitutional and human rights law.

To show how this can work in practice, we analyse the approach taken in a communication to the United Nations Human Rights Committee by a group of indigenous Torres Strait Islanders for alleged violations of civil and political rights by their home state, Australia.

In May 2019, eight adult victims and six child victims, known as “authors”, filed a communication under the Optional Protocol to the International Covenant on Civil and Political Rights (ICCPR) with the UN Human Rights Committee.  The authors are from four small low-lying island communities in the Torres Strait, a narrow strip of sea between the northern-most tip of the state of Queensland and Papua New Guinea.

States must assess their capacity to reduce emissions to the maximum extent possible.

The effects of climate change on the authors and their communities are already severe and predicted to worsen. Each of the authors’ islands of Boigu, Warraber, Masig and Poruma is between three and ten metres above sea level, with Boigu already subject to extensive inundation at the highest tides. Both the Australian Government and expert scientific evidence predict that the continued viability of each island community will be threatened before 2050. The Torres Strait Regional Authority (TSRA), an Australian Government body based in the region, acknowledges that climate change risks “a human rights crisis” on the islands.

The authors allege violations of the right to life, the right to protection from arbitrary or unlawful interference with privacy, family and home, the rights of the child and the right of minorities to enjoy and practise their culture (Articles 6, 17, 24 and 27 of the ICCPR).

The authors argue that states, in order to meet their human rights obligations in the context of climate change, must comply with applicable international climate change law, being the United Nations Framework Convention on Climate Change (UNFCCC) and the Paris Agreement, as well as the precautionary principle and due diligence standard in international environmental law (in line with the Human Rights Committee’s General Comment 36). This also follows from Article 31(3)(c) of the Vienna Convention on the Law of Treaties, which provides that relevant rules of international law are to be taken into account in the interpretation of treaty provisions.

States’ mitigation measures must therefore represent their “highest possible ambition” in accordance with Article 4(3) of the Paris Agreement, which means that states must assess their capacity to reduce emissions to the maximum extent possible. This can be equated to taking a capability-based approach to effort sharing. In assessing compliance with this obligation, courts and human rights committees can establish a “minimum core obligation”, to borrow a term from existing international human rights jurisprudence, against which it is possible to identify instances of non-compliance while also fully respecting a state’s margin of appreciation or discretion.

This procedural or due diligence standard can be seen as analogous to the concept of “minimum fair share” developed by the Dutch Courts in Urgenda and the concepts of the “threshold for review” and “acceptable tolerance limit” applied recently by the Norwegian Court of Appeal.

The following factors are the kinds of factors that judges and adjudicators can use to assess whether a state’s emissions reduction policies and measures violate such a standard:

Applying the above approach, the authors in the Torres Strait Climate Case argue that Australia must, at a minimum:

Courts and human rights committees are well used to enforcing minimum due diligence standards, and it allows governments to continue to exercise substantial discretion in the formulation and implementation of policies. The principles above therefore provide a framework with which judges and other adjudicators can safely and confidently assess the lawfulness of climate and energy policies, and seek to ensure the protection of fundamental rights in the context of one of this century’s defining challenges.

These arguments will be elaborated in a forthcoming article to be published in a collection edited by Cesar Rodriguez of New York University’s Global Justice Clinic.

Sophie Marjanac is a lawyer in the Climate Programme at the environmental law charity, ClientEarth. She is acting in an individual capacity for the authors from the Torres Strait mentioned in the article in respect to their communication to the Human Rights Committee.

Sam Hunter Jones is a lawyer in the Climate Programme at the environmental law charity, ClientEarth.  He is acting in an individual capacity for the authors from the Torres Strait mentioned in the article in respect to their communication to the Human Rights Committee.