To confront inequality, the Ford Foundation is harnessing the human rights framework to address political and socio-economic systems.

In the two years since the Ford Foundation identified inequality as the central focus of all our grantmaking, I have been asked countless times: "What does this mean for the foundation’s support for human rights work?"

Put simply, we will continue to be a major funder in this field, supporting human rights actors and practices to overcome inequality. But this does not mean business as usual for us. Rather, it represents a more complex mix of continuity and disruption.

The human rights community has secured a framework and an approach that has been embraced by a broad array of other movements.

Over the last several decades, the human rights community has secured a framework and an approach that has been embraced by a broad array of other movements, focused on everything from indigenous peoples to internet freedom. There is also ample evidence that the human rights framework has been effective in confronting authoritarian regimes and, more broadly, in addressing violations related to political systems that persecute or discriminate against specific groups.

But its success in responding to human rights violations related to unfair or biased socio-economic systems has been much more limited. This observation does not hinge on comparing civil and political rights with economic, social, and cultural rights. It does suggest, however, that there is a common set of structural causes underlying human rights violations of all types that the human rights movement has not yet been able to address. 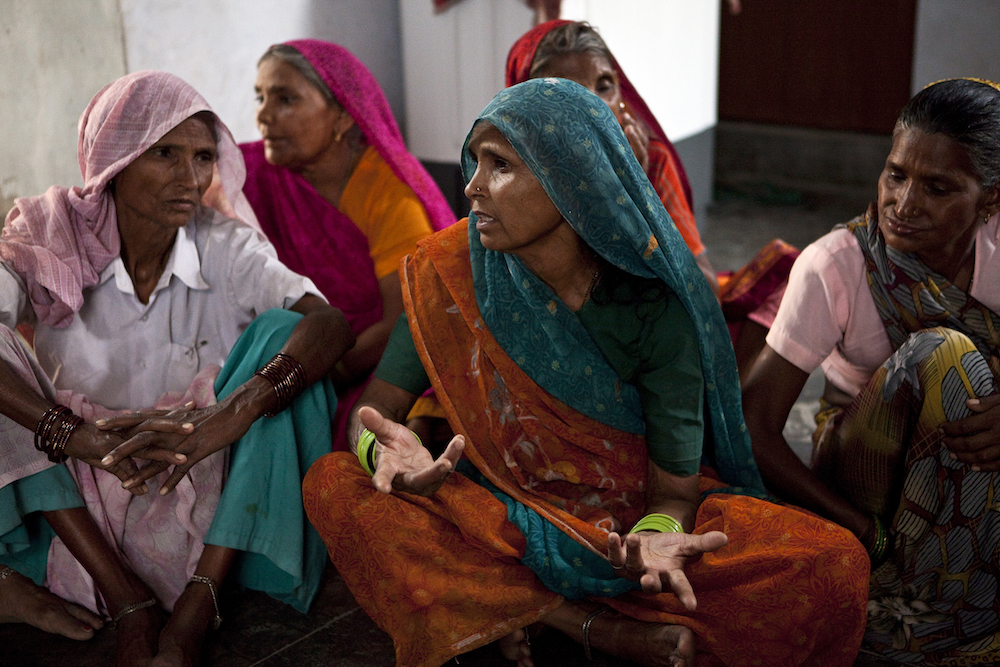 Flickr/UN Women Asia and the Pacific (Some rights reserved)

This is not a new challenge, nor a new conversation, for the human rights movement. For at least 20 years now, one of the movement’s key questions is whether the human rights framework of the last 50 years can now be harnessed in new ways that suit the framework and fit our times.

Our response at the Ford Foundation has been, and continues to be, an unequivocal “yes”. It is clear to us that this remarkable framework can—and should—be applied to confronting inequality at its roots. And if inequality is a structural problem that also implicates social, cultural, and political systems, it is incumbent upon us to think about our human rights work in a different way. But how?

This is the challenge when we talk about “making human rights real”—the need to go beyond standard-setting to actual enforcement and implementation. The main reason that the movement has struggled to convincingly enter this terrain is that making human rights real for the vast majority of the world's people requires the movement to go beyond reporting abuses, developing norms, and litigating cases—and to engage in more comprehensive and collaborative work with non-human rights sectors. The foundation has been supporting these efforts for many years, and we now have a number of solid cases demonstrating that when human rights initiatives are put to work in alliance with other actors and social movements, the results are very promising.

This is not just about new tactical alliances, but a more in-depth form of collaboration that responds to the need to bring diverse knowledge and activism together. But given the times we live in, and its unprecedented challenges—from the digital revolution to a global order in distress—this new form of collaboration is essential.

There are already some very powerful examples of this kind of integration among our partners and within the foundation. Our incipient work around criminalization is a case in point. We have defined this work as confronting a global trend to use the criminal system not as the “last resort” but rather as a “first response”. Societies across the globe are using the criminal system to contest values (persecuting LGBT people, criminalizing sexual and reproductive rights), to control specific groups (over-policing minorities), to protect private or corporate interests (criminalization of indigenous leaders in Latin America), and to suppress dissident voices (closing civic space).

Our work around natural resources and climate change, for example, has a strong focus on human rights, the same way that we aim to ensure that our work on inclusive economies continues our efforts around business and human rights. Our Mexico office is putting human rights at the very center of its work around impunity, while in other regions we are looking at more specific actors (extractive industries) or rights issues (housing).

Yet, in recent months there has been a renewed urgency among our key partners and within Ford to question if, instead of integrating human rights, we should actually go “back to the basics” and support international human rights bodies and institutions in a global context that is increasingly challenging.

There is no easy answer. But if this context teaches us anything, it is that we need to make human rights a local reality if rights are going to continue as a key part of our global culture. Integration needs to be the new international standard.

Yet our decision not to have a free-standing program focusing on the international human rights systems—as we have for the last 30 years at least—does not mean our funding is shifting away from this critical work.

As we confront inequality, we are working to redesign how we work to ensure that the successful human rights framework is harnessed to address the political and socio-economic systems that reinforce inequality. We believe human rights can and should be a powerful contributor to these efforts, not as a stand-alone sector but as an integrated part of a 21st century movement to achieve the promise of human dignity.

***A version of this article first appeared on the Ford Foundation’s Equals Change Blog.

Martín Abregú is the vice president for Democracy, Justice and Free Expression at the Ford Foundation