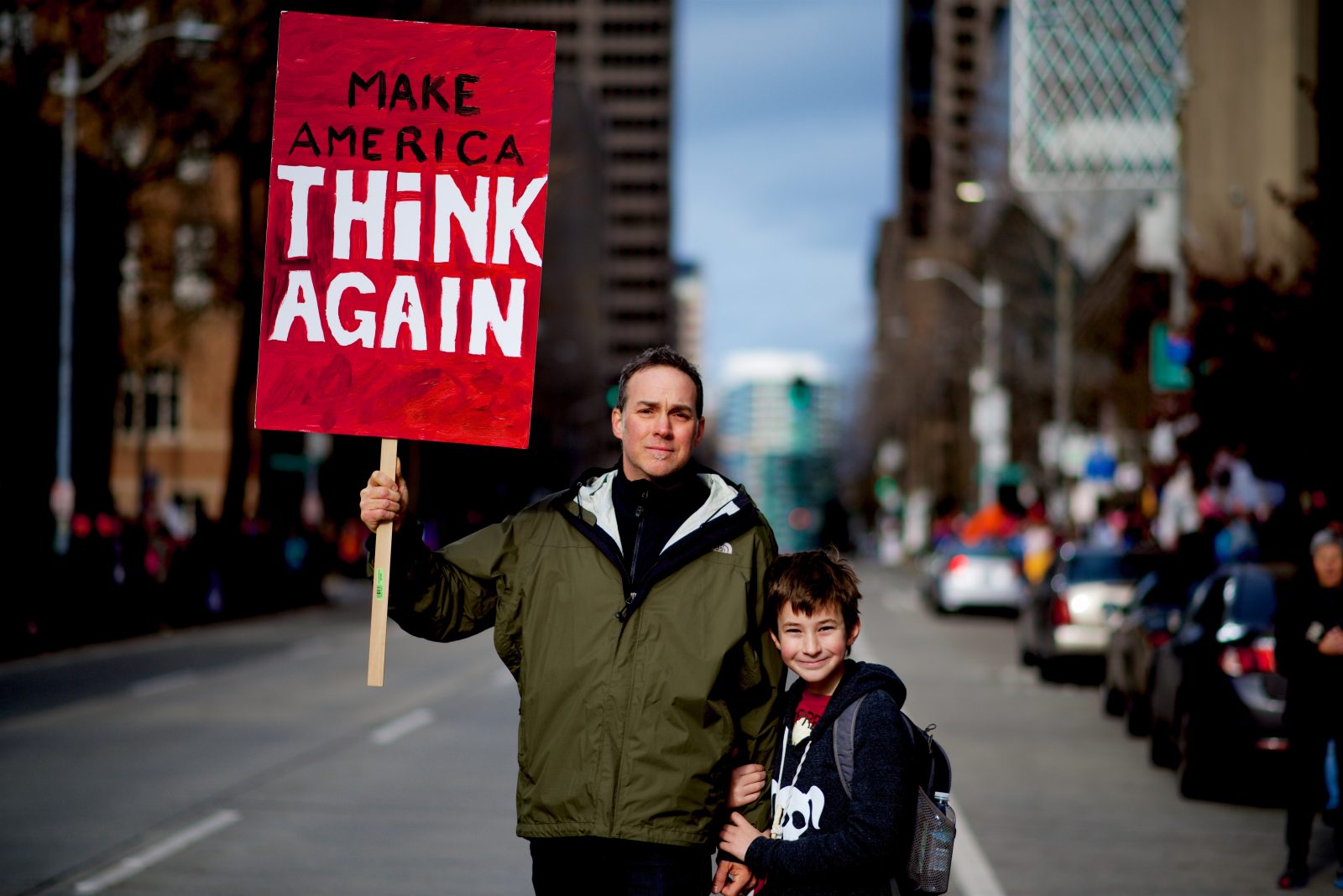 Facing growing regulatory action to restrict funding, NGOs are increasingly struggling to sustain their efforts while holding companies accountable for their human rights behavior. The OpenGlobalRights series has explored this need for new business models for human rights, particularly highlighting models of crowdsourced and movement-based funding and activism. Organizations have helped citizens, customers, and employees mobilize around human rights, but shareholder participation in human rights advocacy movements has been limited.

In the United States, 52% of American adults own companies through the stock market. This enormous untapped channel offers individuals a high leverage avenue to push for corporate human rights improvements because companies are obligated to listen to their shareholders.

In 2016, my student-run investment fund purchased stock in ExxonMobil. Our $2,000 investment was just enough to allow us to file a shareholder resolution, challenging the company’s funding of climate-denying organizations despite Exxon’s public acceptance of climate science. Joining me was a coalition of unions, NGOs, and socially responsible investors that had formed to leverage the shareholder angle to push for Exxon to step up its climate commitments. The coalition built an inside relationship that allowed us to participate in sustained face-to-face meetings with Exxon’s management.

Though Exxon dismissed our resolution at the time, in July 2018, Exxon stopped funding ALEC, the main climate-denying organization targeted in the shareholder resolution. The experience taught me that not only do corporations have leverage in social and environmental policy, but shareholders have leverage to influence corporate action. In addition to Exxon, investors have pressured a number of companies to cut ties to ALEC. Investors have also led the charge in getting companies to protect LGBTQ workers from discrimination, remove firearms from grocery store shelves, and institute policies limiting the exploitation of migrant workers. In just the past few months, an investor coalition convinced Royal Dutch Shell and Glencore to commit to comprehensive greenhouse gas reductions.

As funding dries up and governments become more antagonistic to NGOs, corporations are well-positioned to lead on human rights. As referenced in Ed Rekosh’s The Business Case for Civil Society, corporations can reduce their own negative impacts and support outside human rights initiatives. Nike is a prominent example of a corporation’s impacts on slave and child labor, and its ability to improve human rights abuses in its supply chain. And in North Carolina, pressure from the business community led the state to repeal its discriminatory bathroom bill.

Obviously, shareholders have not yet saved the world—a major hurdle is that mainstream investors have stayed on the sidelines. Adding the individual investor voice, which until now has been completely missing from the equation, can add much needed scale and attention to make shareholder campaigns more frequent and successful.

Our company, Stake, aims to address this gap by providing crowdsourced shareholder advocacy, organizing shareowners around petitions. At Yourstake.org, individuals sync with their investment accounts and use their shares to ask a company to improve its behavior in a specific way, demonstrating their collective financial power. With a few clicks, shareholders can support “Asks” like this one for Apple to end its forced arbitration for sexual harassment claims.

This approach is particularly suited to mutual fund investors. Mutual funds invest in companies on behalf of ordinary individuals, and regularly speak with corporate management about issues facing the company. Because of their size, they have tremendous influence on corporate policy. Yet, fund managers like Vanguard don’t hear from their individual investors on environmental and human rights issues, leaving them with no incentive to act on such issues. Yourstake.org enables individual mutual fund holders to support Asks like this one for Vanguard to make sure all its portfolio companies have climate change plans in line with internationally recognized targets.

Mobilizing verified shareholders around human rights makes each voice stronger, but it presents its own challenges in reaching scale. Individuals must link with their investment accounts to sign a petition, which makes onboarding a new user far more burdensome than comparable platforms that only require an email address. Part of our solution has been to partner with financial advisors, who can facilitate investment-linking on behalf of their clients. This strategy isn’t sufficient to induce viral growth, but it also creates the business opportunity that makes Stake a financially viable company.

Since we made Stake free to use to facilitate mass mobilization, we generate revenue from financial institutions looking to capitalize on the growth of impact investing. As individual investors are increasingly guided by their values, they seek out investment products that match those values. We provide financial institutions with data on the actions their clients take on Stake, helping them develop stickier relationships. This behavioral data also helps financial institutions cater to their customers’ actual values and preferences, steering more dollars to socially effective investments in the process.

The ability to both create and capture behavioral data about individual investors’ social and environmental preferences is key. Users learn about the impact of their investments on Stake, forming new preferences for investment products. Then, they can take action to express those newly developed preferences right on the same page. That enables us to create social impact from the same sets of actions that create commercial value.

Of course, there is a question as to whether this overall strategy will actually create impact. Corporations are legally bound by the interests of their shareholders, but the largest institutional investors may drown out the voice of the masses. It is uncertain as to whether individuals’ concerns, once organized, will have the same powerful impact as large institutions. It may be that Stake works best for mutual fund owners who can leverage the influence of their fund managers; the latter should be motivated by the clearly expressed preferences of verified customers, demonstrating that there are assets at risk.

At the same time, most technology platforms for mass mobilization suffer from problems with follow through that on-the-ground civil society organizations are best suited to take on. Petitions and hash tags cause a stir, but without the backing of an organization, companies are not held accountable to long-term implementation of solutions.

To partially address these implementation challenges, we partner with Champions—socially responsible investment managers that specialize in shareholder engagement with a track record of improving corporate social performance—to bring Asks directly to corporate management. Champions include the same socially responsible investors that brought me into meetings with Exxon management. When an Ask reaches a certain threshold of support, we pair it with a Champion, who negotiates directly with the company on behalf of all the individual investor signatories, updating supporters on progress. That process is not a substitute for the role of civil society organizations in keeping corporations accountable, but it’s an important supplement.

Ultimately, the core premise of Stake’s theory of change is that shareholders have the power to influence their companies, but almost no one uses that power. Non-profits with endowments are increasingly making use of their own shareholder power, and collaborating with institutional investors to advance their missions. Perhaps human rights organizations should consider leveraging the shareholder voice of their individual supporters, too.

Gabe Rissman is the co-founder and president of Yourstake.org. Gabe also co-founded Real Impact Tracker, which scores the social impact of investment funds. Gabe is the former co-head of Yale’s Dwight Hall Socially Responsible Investment Fund, which became the first student investment fund to file a shareholder resolution. Gabe graduated from Yale College with a BS in Physics