The challenges that economic inequality poses for human rights are not the death knell for the movement but a wake-up call for a more holistic approach. 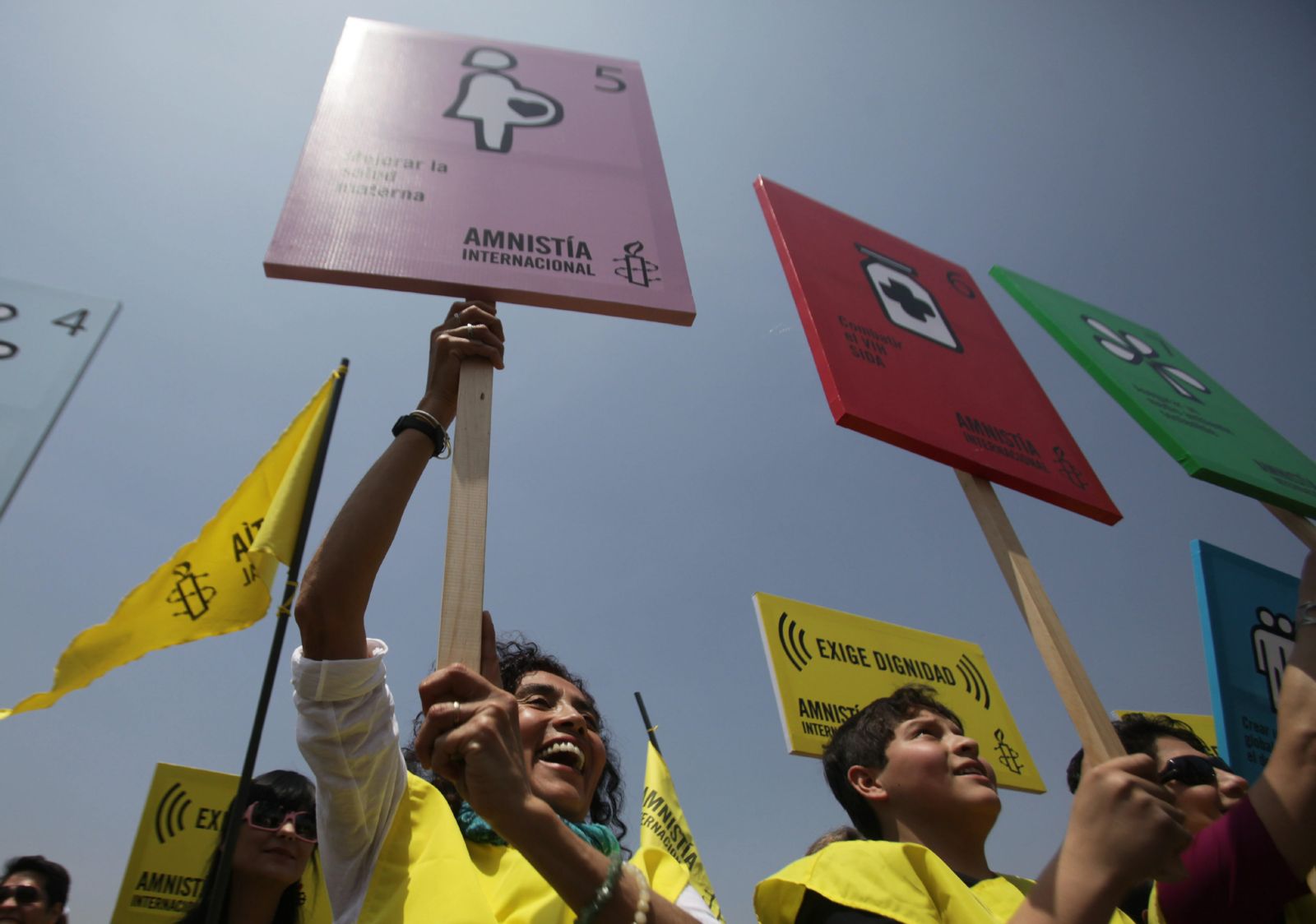 Participants in a demonstration against hunger and poverty seen today, Saturday September 18, 2010, in the Parque de la Muralla in the center of Lima (Peru).

In a recent opinion piece in the New York Times, provocatively titled “How the Human Rights Movement Failed”, Yale professor Samuel Moyn slams the human rights movement for failing to address rising economic inequality and other socioeconomic grievances, which have contributed to the rise of populist authoritarianism. This criticism is not without merit, as much of the human rights movement has indeed been late to the game on these issues, and continues to relegate economic and social rights to the marginalized status of “phantom rights”.

As with other recent laments about the “end of human rights”, Moyn’s article has generated a lot of attention and knowing nods. Yet his argument is based on a very narrow, partial and selective view of the extraordinary range, diversity and ambition of the global human rights movement. In particular, Moyn’s account overlooks the significant efforts of economic and social rights activists worldwide to challenge socioeconomic injustices, including the current escalation in economic inequality.

Questions of “distributional fairness” may not be high on the agenda of international NGOs focusing primarily on civil and political rights, but they have been central to the work of organizations such as the Center for Economic and Social Rights (CESR) that are using human rights strategies to tackle extreme economic inequality and the policy trends that fuel it. Whether exposing the inequitable impacts of austerity measures across the globe or taking tax havens to task at the UN, CESR and its partners have leveraged human rights norms and oversight bodies to press for governmental accountgueability in areas of policy that have traditionally been rights-free zones, but are critical for the reduction of inequality. Others in the global movement for economic and social rights, from grassroots groups to international coalitions, are fighting unjust trade policies, corporate impunity, the financialization of public goods and many other factors driving the inequality crisis.

Although efforts to deploy the tools of human rights in the fight against economic inequality may seem nascent, it is important to remember the role played by the human rights movement in achieving earlier safeguards against income inequality, such as worker’s rights to collective bargaining, the right to primary education, or the right to social security. Likewise, without laws against gender and racial discrimination brought about thanks to the women’s rights and civil rights movements, wealth and income inequalities would be even more gaping. But many of these historic advances are now taken for granted.

Nevertheless, as we argued earlier in this OpenGlobalRights series on economic inequality and human rights, there are many challenges the human rights community urgently needs to address if it is to be a relevant actor in the field. These challenges are conceptual, normative, strategic and methodological.

The increasing concentration of wealth needs to be understood not just as an incidental human rights concern, but as an inherent injustice and the product of a web of regressive policies that systematically flout governments’ economic and social rights obligations. How the full panoply of human rights norms can be applied more effectively to constrain the current drivers of economic inequality needs much further exploration. The Universal Declaration of Human Rights (UDHR) and the treaties that flow from it may be silent on the gap between the rich and the poor, but they have a great deal to say about the policies that perpetuate this disparity. At their core is a concern for substantive equality in all areas of human well-being.

Thanks in part to growing civil society advocacy, human rights oversight mechanisms—from constitutional courts to UN treaty bodies—have become more assertive in applying these norms to challenge or reverse inequality-inducing measures, from the imposition of regressive sales taxes in Colombia to the discriminatory denial of health care to migrants in Spain. But a key strategic challenge is how to take human rights arguments into other arenas with more direct influence over economic policy setting, such as the IMF, or forums for accountability in development, particularly in light of the new global sustainable development goal to reduce inequality. It is telling that, while parts of the human rights movement fret over the declining influence of human rights, many development advocates including Oxfam have embraced human rights discourse and tools in their campaigning around extreme inequality.

Such relationships with actors beyond the traditional human rights movement are crucial in building broader alliances to fight inequality. Economic and social rights groups such as CESR have joined forces with development organizations, tax justice campaigners, trade unions, and environmental groups, to leverage human rights around the fairer distribution of resources, and to propose alternative models and paradigms. Collaboration across sectors can help the human rights movement develop more effective interdisciplinary tools of research and advocacy, as traditional methods of “naming and shaming” and events-based analysis are ill-equipped to deal with chronic socioeconomic deprivation.

It is valid to ask what impact current human rights strategies can have in confronting the systemic injustices underpinning widening inequalities—an inquiry in which CESR and its allies worldwide are engaged with increased urgency since the turning tide of 2016. But the starting point of any constructive critique should be a nuanced assessment of the current state of the field. The blanket assertion that the human rights movement has “made itself at home in a plutocratic world” and is “drawing the wrong lessons” from the current context loses credibility by leaving out the rich experiences of economic and social rights activists across the globe, as well as the reflective responses to the threat of populism which have emerged from some of the movement’s thought leaders.

The most erroneous lesson of all would be to give up on human rights as a counter-power to the ravages of neoliberalism based on such a selective and distorted reading of the challenges in the field. In the compelling book that his NYT piece promotes, Moyn acknowledges the rise of social rights activism over the last twenty-five years, but claims that these rights “generally concern a threshold above indigence, not how far the rich tower over the rest.” Their “individualist and anti-statist basis,” he argues, doom the human rights movement to offer no meaningful response to rising material inequality.

Yet these limitations are not inherent to the human rights framework, which is constantly evolving. Beyond the movement’s mainstream—particularly on the frontiers of socioeconomic rights advocacy and allied struggles for distributive justice—a more transformative human rights agenda is being honed. New alliances are emerging to tackle economic inequality as an intrinsic human rights concern, and to fulfil the egalitarian aspiration of the UDHR through new approaches to rights claiming.

Viewed from this perspective, there is evidence for hope that human rights—understood holistically—can be an effective bulwark against the deprivations and disparities driven by market fundamentalism. This is no time to abandon the challenges this entails. Instead, we must learn from and build on the initiatives worldwide which have successfully invoked the power of human rights to tackle the injustice of extreme inequality.