The impact of LGBTI human rights advances has been incremental and subtle, but one measure can be gleaned from the response of UN human rights institutions at the onset of the COVID-19 pandemic. 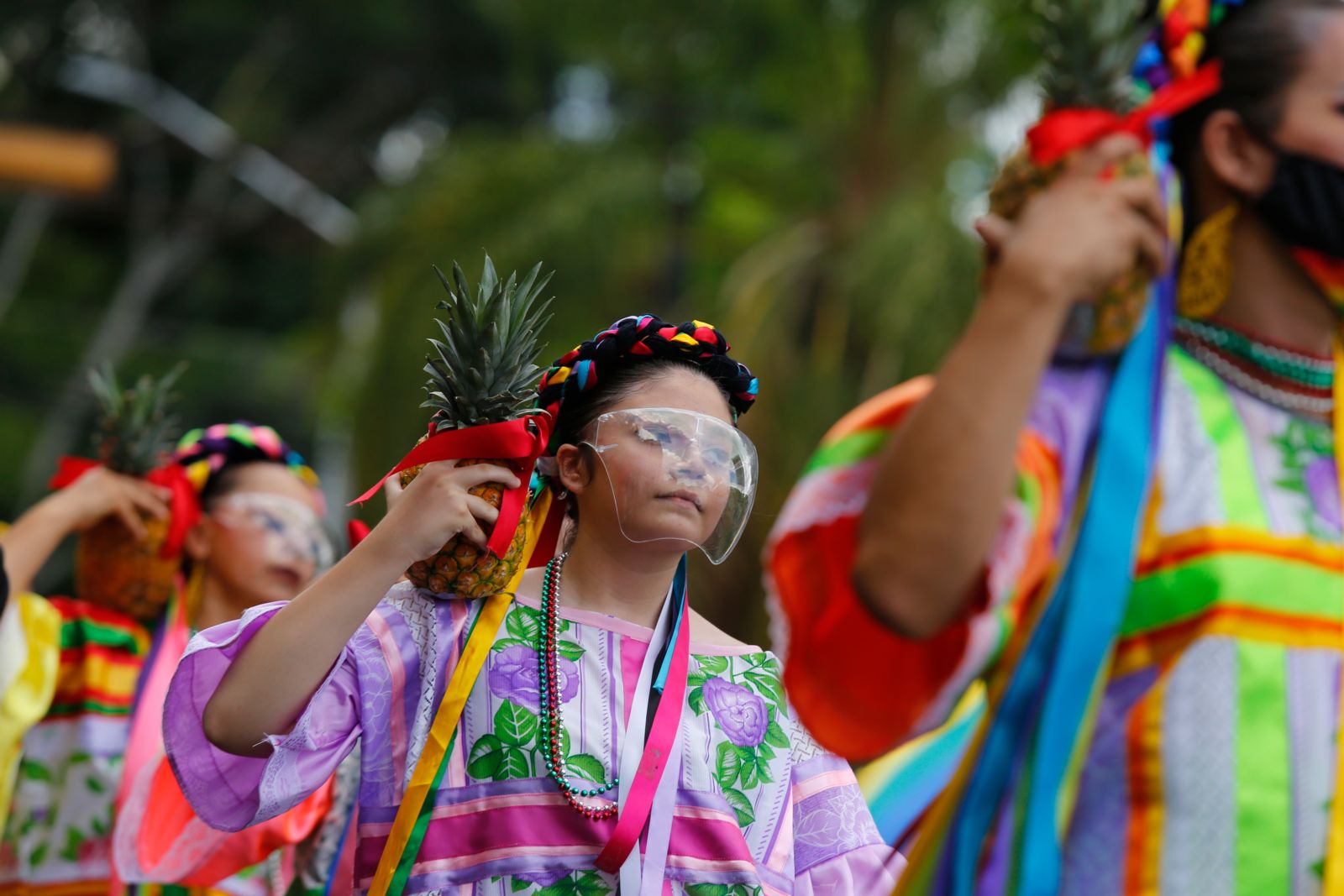 Hundreds of people march on the occasion of LGBT pride month to demand respect from the authorities, to stop violence and eradicate hate crimes against people because of their sexual orientation in Guadalajara, Jalisco state (Mexico). EFE / Francisco Guasco

LGBTI rights are so firmly entrenched today as an important element of international human rights that it may come as a surprise that the major breakthrough on sexual orientation and gender identity (SOGI) took place just ten years ago.

Indeed, it was not all that long ago—in June 2011—that the Human Rights Council for the first time passed a resolution condemning SOGI-based violence and discrimination. As much as anything else, it was this resolution that transformed human rights discourse regarding the rights of lesbian, gay, bisexual, transgender (LGBT) people, along with the closely-related rights of intersex persons.

The human rights circumstances of many LGBTI people have long been dire, and international human rights institutions were clearly derelict in failing for so long to address SOGI issues. As stated in the official report produced in response to the 2011 resolution: “[i]n all regions, people experience violence and discrimination because of their sexual orientation or gender identity. In many cases, even the perception of homosexuality or transgender identity puts people at risk. Violations include – but are not limited to – killings, rape and physical attacks, torture, arbitrary detention, the denial of rights to assembly, expression and information, and discrimination in employment, health and education.”

As much as anything else, it was this resolution that transformed human rights discourse regarding the rights of lesbian, gay, bisexual, transgender people, along with the closely-related rights of intersex persons.

Despite clear evidence of gross human rights violations, the 2011 SOGI resolution was a long time in coming. Back in 1994, the Human Rights Committee ruled that anti-sodomy laws violated the ICCPR. But after that landmark, SOGI issues received only sporadic attention, such as inclusion in periodic General Assembly resolutions condemning extrajudicial executions. In 2003, Brazil advanced a resolution at the former Commission on Human Rights but it fell short. A joint statement in 2005 condemning SOGI-based oppression drew support from a scant 32 Member States.

Still, public efforts persisted by civil society advocates, officials within the UN, and supporters from within foreign ministries; behind-the-scenes, pressure and persuasion were also increasingly exerted by governments on persuadable allies. In parallel, legal evidence steadily accumulated from the work of treaty bodies and Special Procedures about the nature and extent of anti-LGBTI violence and discrimination. And after 2006, states began using the then-new Universal Periodic Review mechanism to spotlight anti-LGBT abuses in other states. By 2011, 85 Member States had signed on a joint statement decrying anti-LGBT violence and discrimination.

“The apparent growth in support over a short period helped reinforce the impression that the centre of gravity on the issue was shifting, paving the way for the adoption of the first UN SOGI human rights resolution at the Human Right Council,” said Charles Radcliffe, who was Chief of the Global Issues Section at the United Nations Human Rights Office in New York, as well as Senior Human Rights Adviser on Sexual Orientation and Gender Identity, from 2010-2018.

This first resolution was modest in scope, mainly calling for a comprehensive report to be prepared by the Office of the High Commissioner for Human Rights (OHCHR). In a body that often enacts resolutions by consensus, this one passed only narrowly, with 23 votes in favor, 19 against, and 3 abstentions. Still, the resolution put the Council on record as “[e]xpressing grave concern at acts of violence and discrimination, in all regions of the world, committed against individuals because of their sexual orientation and gender identity.”

The resulting 2011 OHCHR report—the first-ever official UN report on SOGI issues—was far-reaching and established the foundation for framing SOGI-based human rights violations as a clear offense against universal human rights rather than as constituting some new category of special rights.  The report forthrightly stated that “[a]ll people, including lesbian, gay, bisexual and transgender (LGBT) persons, are entitled to enjoy the protections provided for by international human rights law, including in respect of rights to life, security of person and privacy, the right to be free from torture, arbitrary arrest and detention, the right to be free from discrimination and the right to freedom of expression, association and peaceful assembly.”

“The 2011 resolution had an important symbolic impact: legitimizing SOGI issues in a way that had been heavily contested up until then,” noted Radcliffe. “It made it harder for opponents to dismiss concerns about SOGI-related rights violations, or claim that such questions lay beyond the mandate of UN bodies or outside the scope of international human rights law. The report in turn set out the case for such violations to be addressed in a more systematic way. It presented the weight of evidence of violence and discrimination levelled at LGBT persons in all parts of the world.”

A second Human Rights Council resolution in 2014 called for further study by OHCHR. The resulting 2015 report forthrightly asserted that “States have well-established obligations to respect, protect and fulfil the human rights of all persons within their jurisdiction, including LGBT and intersex persons. These obligations extend to refraining from interference in the enjoyment of rights, preventing abuses by third parties and proactively tackling barriers to the enjoyment of human rights, including, in the present context, discriminatory attitudes and practices.” In 2015, a dozen UN agencies also issued a joint call to action to governments to do more against homophobia and transphobia. Since then, UN agencies have continued to expand their portfolio of LGBTI-related activities, including the global media campaign UN Free and Equal.

A third Human Right Council resolution in 2016 established a mandate for an Independent Expert on SOGI. Belying the misconception that LGBTI rights are a preoccupation of only a few Global North countries, the resolution was introduced by a group of Latin American states. It was narrowly approved after much contention, but then renewed with less resistance in 2019. On its five-year anniversary, the IE SOGI today forms a crucial hub for states, civil society advocates, UN agencies, and other actors, under the leadership of Independent Expert Victor Madrigal-Borloz.

The impact of these advances has been incremental and subtle, but one measure can be gleaned from the swift response of UN human rights institutions at the onset of the COVID-19 pandemic. In March of 2020, a joint letter by Special Procedures mandate holders explicitly included “LGBT and gender diverse persons.” In April, OHCHR released a guidance specifically about LGBTI people during the pandemic. In May, a group of human rights experts released a statement exhorting that during COVID-19, “[t]he suffering and resilience of LGBT persons must be visible and inform the actions of states.”

As ever, the gap between official discourse and actual practice remains wide. The NGO OutRight Action International has documented the many ways in which LGBTI people have been especially vulnerable during the pandemic due to loss of livelihoods, food insecurity, disruptions to health care, domestic violence, social isolation, stigmatization and scapegoating, abuses of state power, and organizational setbacks. But importantly amidst the global crisis of COVID-19, and in sharp contrast to prevailing practice just a decade ago, LGBTI issues have been neither dismissed nor overlooked nor minimized, but rather mainstreamed as a valid and significant element of contemporary human rights.

Raymond A. Smith, PhD, LLM, is an adjunct associate professor with the Center for Global Affairs at New York University (NYU) and a faculty member of the Program in Human Rights Practice at the University of Arizona.