The treaty body system has been in crisis for at least thirty years. Will the year 2020 bring change? 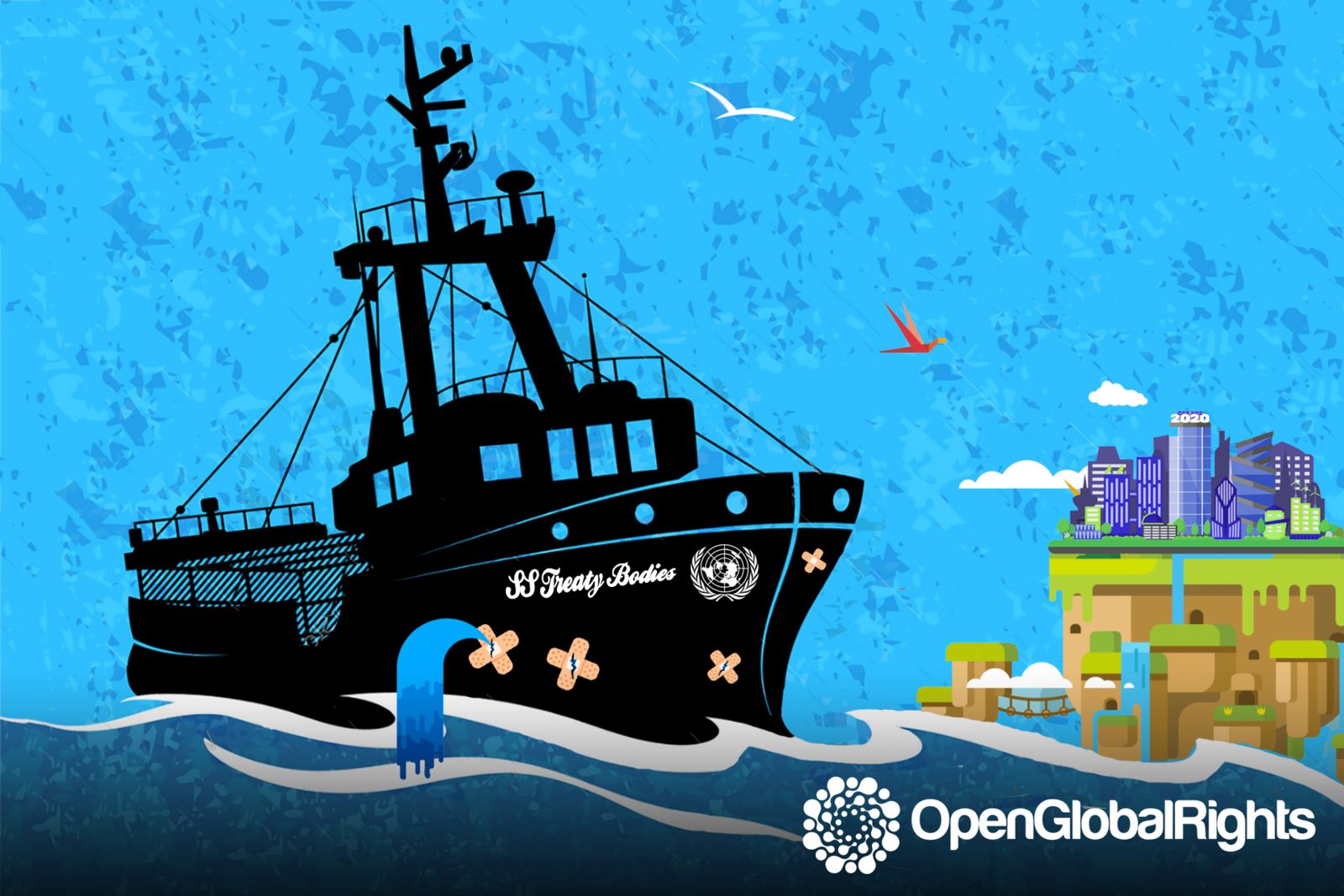 The treaty body system has been diagnosed as being “in crisis” for at least thirty years, and the theme of its reform is just as old.

A first cycle of reflection started with the mandate given to Philip Alston who, already in 1997, considered that the system as it existed was not sustainable. Since then, this assessment has been reiterated numerous times, and ambitious proposals have followed one after another. But until now stakeholders have been satisfied with makeshift repairs to prevent the ship from sinking completely.  Today, being a member of a treaty body feels like being a passenger aboard the Titanic: the ship is sinking, but the orchestra continues to play!

Will 2020 be the year when we get the ship back afloat?

If this is really what we want to achieve, not only do stakeholders need to concentrate on the process started in the General Assembly, but they must also look further. In other words, we need to consider a short-term strengthening, a medium-term restructuring, and a longer-term reform.

Until now stakeholders have been satisfied with makeshift repairs to prevent the ship from sinking completely.

The first cycle achieved its objectives of strengthening the system, granted they were rather modest. For instance, treaty bodies have indeed significantly increased the number of periodic reports reviewed and have reduced their backlogs. However, this is not enough to claim victory as we have to remember that only a minority of States do submit their reports on time. Navi Pillay’s 2012 report thus remains valid: the system functions because States do not comply with their obligations. Furthermore, the member increase within the Secretariat in charge of treaties did not happen in the proportion initially envisaged. The failure to keep these promises placed the staff of the High Commissioner (responsible for the secretariat) under considerable stress, which inevitably undermines the sustainability of the effort undertaken.

The “strengthening” must therefore continue. First, promises to increase staff must be kept. The Secretariat is the spine of the system. Second, efforts relative to assisting the States need to be maintained and go even further: ensure that all the reports be submitted on time; encourage the creation of national structures in charge of preparing the reports; and more importantly, focus at least half of the next cycle’s resources to the follow-up and implementation of the recommendations.

2020 must be the beginning of an extensive restructuring of the treaty system.

Indeed, the Committees each have their respective dynamics, which need to be supplemented and encouraged by the States.  Last July, the treaty body Chairpersons formulated a common vision of the treaty bodies, including measures to be put in place rapidly: a generalization of the simplified procedure, the creation of a fixed and coordinated schedule for the submission of reports, new working practices to strengthen capacities such as the bodies’ ability to conduct reviews… All measures that, in the medium term, may improve the situation radically.

But the Secretariat also has to take responsibility. In accordance with all the conventions, the Secretary-General must provide the Committees with the necessary resources to implement their mandates. This involves a reflection about adapting the structures to the needs of the Committees. Therefore, we should seriously consider the proposal laid out in a recent report from the Geneva Academy of International Humanitarian Law and Human Rights that discusses the creation of a professional structure, similar to a Registry, to effectively handle the administration of individual communications.

We need to consider a short-term strengthening, a medium-term restructuring, and a longer-term reform.

The salutary exercise that led the treaty body Chairpersons to formulate a “vision” for their future was only possible as resulting from a real awareness of the existential challenge facing the system: either move forward, or perish! The proposed measures, if effectively implemented in the next five or six years, should get the ship back afloat. But we must be careful not to be lulled by the, once again, regular rhythm of the engine noise! The Committees have to continue innovating. And States must assume their responsibility to always improve before an international system of protection that, we must remember, was established for good reasons.

Also, we should not wait to start reflecting on what the system will be like the day after tomorrow. The periodic review must become a fully effective process for the protection and promotion of Human Rights. To that extent, two paths are possible : maintaining the plurality of the bodies, but still improving the coordination of their actions, with, for instance,  “clustered” reviews  inspired by the Geneva Academy report; unifying and professionalizing the system, with the creation of a single Committee, as recommended by Louise Arbour in her report.

As for individual communications, it is necessary to reflect rationally and without taboos about possibly transferring them, at least partially, to a judicial body – a UN Human Rights Court.   Matters could be referred to the Court directly or indirectly (after review by the relevant Committee, at the request of one of the parties).  No need to modify the existing treaties: it would be sufficient to adopt a new convention establishing the status of the Court that States would then ratify to recognize its competence.  It would constitute an improvement of the system, placing professional judges above experts, thus making decisions mandatory. Far from a “fragmentation” of international law, such an institution would reinforce its coherence, as long as clear lis pendens rules be fixed with regional courts as well as an obligation to maintain a real “dialogue of the judges.” It would also prevent any risks of case law conflicts internal to the Committee system by unifying their jurisprudence.