‘Traditional African ways’ is not a monolith. It has evolved over time and must evolve again to adapt to human rights. Human rights should not defer to tradition and religion.

Simon Ssenkaayi states that human rights cannot work in Africa if it does not 'defer to traditional African ways'. This argument has often been used to withhold recognition of things like women and LGBT rights. I find this argument deeply flawed and lacking in merit.

First of all, Africa is not a homogenous society. Africa is a diverse continent, with disparate beliefs, groups and practices. In fact the whole idea of 'traditional African ways' is a misleading conflation that needs to be broken down for it to be meaningful.

For example, there are over 200 ethnic groups in Nigeria alone. These groups have different beliefs and customs, similar and divergent religions. Africa has over 50 countries. So when Ssenkaayi argues for a ‘deference to traditional African ways', which ways is he referring to? Is he talking about the traditional ways in Nigeria or of those in Kenya, South Africa, Senegal, Ethiopia or Rwanda?

These traditional practices or their variants exist or have existed in other non-African societies. In fact, some 'African' customs have come from foreign lands. They are beliefs borrowed and adapted over the centuries. So how does Ssenkaayi determine what constitutes 'traditional African ways'? What the author may regard as 'traditional African ways' today was probably borrowed from foreign cultures of decades and centuries ago. What time frame is he using to judge? 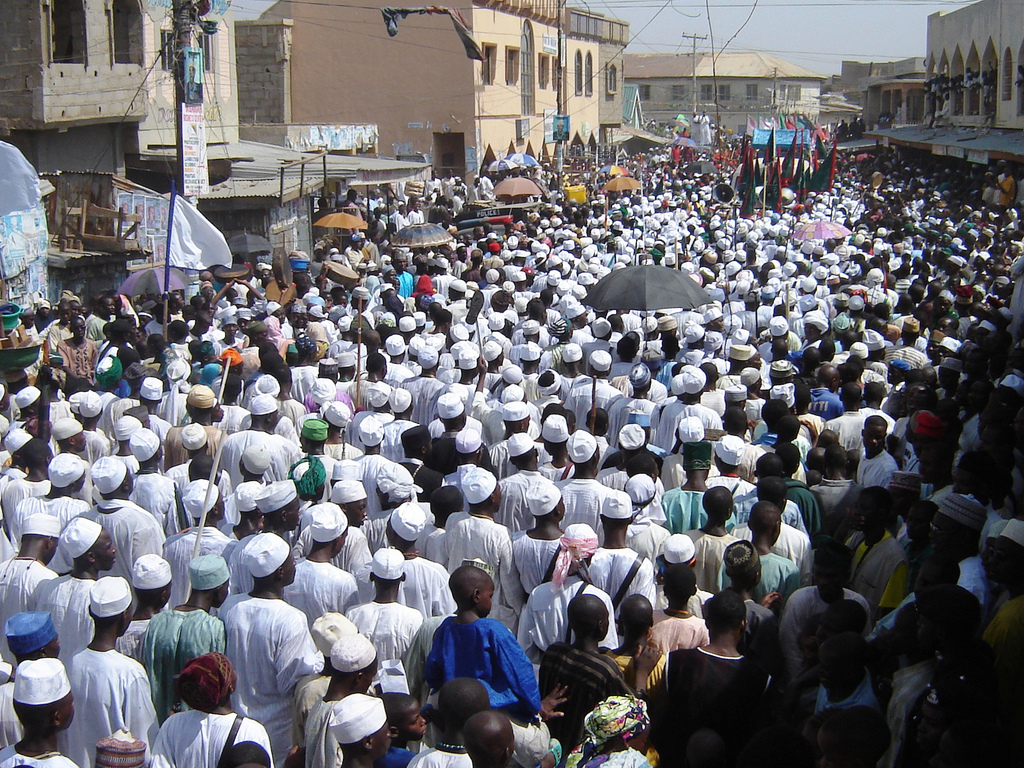 Flickr/ARC-The Alliance of Religion and Conservation (Some rights reserved)

A Muslim pilgrimage in Nigeria. Traditions change over time. This is true of Africa as it is for the rest of the world.

Culture is dynamic. Traditions change over time. This is true of Africa as it is for the rest of the world. What makes the author think that ‘African culture’ cannot change? Across cultures, people invent and innovate to adapt to new changes and realities.

Traditional African ways – as he calls them - have never been the same. They have been changing and will continue to change. These ways change because they are based on knowledge and notions that change over time. If 'African' ways stand in the way of modern beliefs, it is time to reform them and make them compatible with human rights. This is not the time to place a wedge between African traditions and human rights.

If certain aspects of tradition conflict with human rights, it is traditional ways that must defer to human rights principles, and not the other way round.

If certain aspects of tradition conflict with human rights, it is traditional ways that must defer to human rights principles, and not the other way round. Human rights should not be sacrificed on the altar of religious beliefs. In fact, it is high time traditional practices like female genital mutilation, ritual murder, homophobia, the killing of ‘witches’ and of people living with albinism and human sacrifice, were abolished. Tradition, religion or culture cannot be an excuse to legitimize human rights violations.

Ssenkaayi also argues that religion and human rights activism cannot go together in Africa because of illiteracy. Really? He says Africans are uneducated and so interpret life in a way that makes it difficult for them to understand the notion of human rights. This is patently untrue. There is a problem of illiteracy in Africa. But Africans are not 'fully or partially illiterate' to the extent they cannot understand the principles of human rights. In fact, what is so difficult in the universal human rights codifications that contemporary Africans cannot understand?

Values of human rights also exist in some local African customs. They include the rights to life, freedom of conscience and expression, freedom of association and movement. There is nothing in human rights that is irreconcilably incompatible with African religion. Pentecostalism, Islam and Christianity can accommodate local traditions to legitimize themselves. However, human rights cannot afford to do that. Human rights principles are universal. They can only accommodate local traditions to the extent they are compatible with human dignity.

Going by the recent developments in Uganda and Nigeria, there is a tendency to despair over the conflict between organized religion and human rights groups. But any learned observer of international human rights activism should not.

The opposition between religion and human rights is not new. It is also not peculiar to Africa. Many of the groups campaigning against legalizing gay marriage in Europe and America are faith-basedorganizations. In the past, they had been much stronger. But what happened over the years is Europeans and Americans did not cave in to the pressure from religious groups. They did not dismiss human rights as 'foreign' and ‘incompatible’ with their traditional ways. As a result, today, many religious groups in western countries are abandoning their homophobic stance and recognizing the rights of homosexuals. This should be the case in Africa. Any counter narrative is backward-looking and on the wrong side of history.

Leo Igwe is a Nigerian human rights advocate and a key member of the Nigerian Humanist Movement.  He is currently a Junior Research Fellow at Bayreuth International Graduate School of African Studies, University of Bayreuth, Germany.