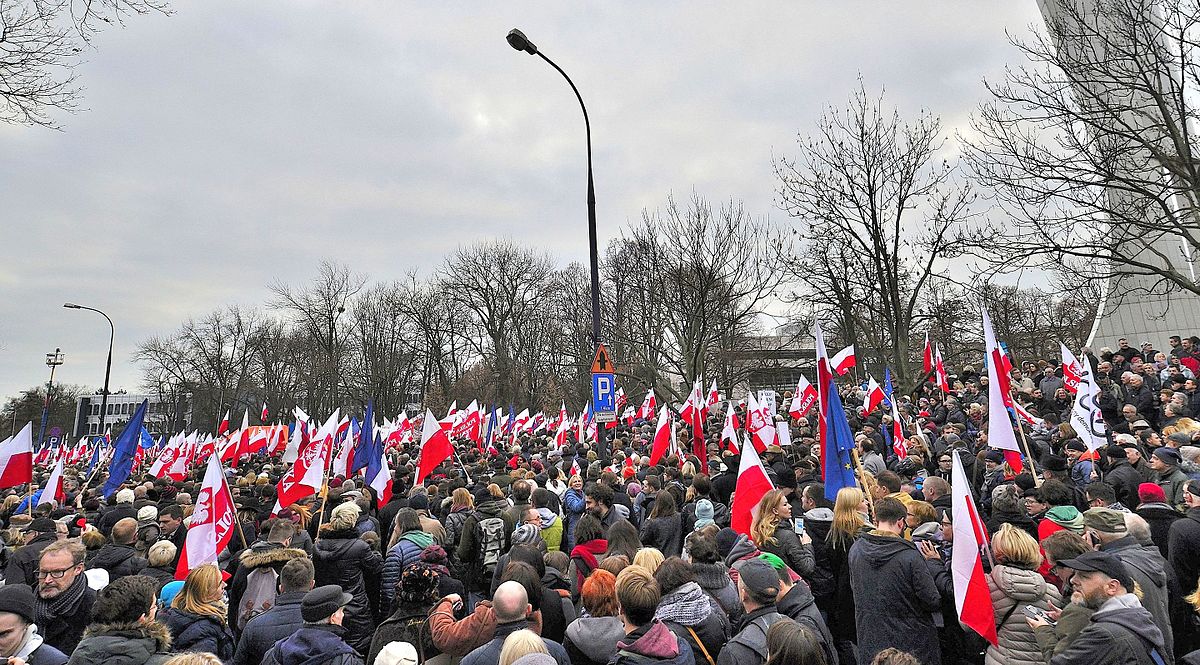 A demonstration by the Committee for Defence of Democracy in Warsaw, Poland.

Amnesty International recently released a startling report which discusses the ever-growing number of countries using repressive techniques, including the passage of restrictive legislation, to prevent or deter civil society organizations (CSOs) from performing their critical work.  In it, they document fifty countries, most of them authoritarian-leaning, that have proposed or adopted legal restrictions on CSOs over the past decade. They conclude that this “alarming global trend” appears to be gaining momentum and intensity, with forty different restrictive CSO laws being passed, or nearly passed, in the last two years alone.

Interestingly, the restrictions Amnesty documents seem to transcend geography, GDP, development status, and most perplexingly, political structure or regime type.  Indeed, they are appearing, and increasingly so, in countries of all economic and political types, including strong, consolidated, long-standing democracies. Not only do Pakistan, Kazakhstan, and Myanmar appear in the list of countries that have adopted restrictive CSO legislation; the US, UK, Australia, and Ireland are named too.  The startling fact that strong democratic countries, the very ones that most vocally support a strong and independent civil society, are part of the closing space trend has yet to be fully probed or documented.

While unreasonable restrictions placed on CSOs are problematic in any country irrespective of their political system, such restrictions are uniquely problematic in democratic states for the simple, but profoundly consequential, reason that civil society is critical to the ongoing existence of a democracy.  When civil society’s independence is diminished, so too is the strength of democracy.  When civil society’s autonomy is threatened, democracy begins to wither and fade, an insight first recognized by Tocqueville in the late nineteenth century and most recently articulated by Steven Levitsky and Daniel Ziblatt in their best- selling book, How Democracies Die.

As a political scientist, legal scholar, and human rights attorney, I have spent most of the past decade tracking and documenting the closing space phenomenon, which I am now exploring in my doctoral dissertation.  My goal is to rectify the gap in our current understanding of this otherwise extensively tracked phenomenon by zeroing in on the one facet of this trend that has strangely been least examined.  To do this, I first identified the world’s strongest democratic states, which I determined using a variety of existing democracy measures, and then closely examined and documented each of their civil society legal frameworks, documenting any and all relevant laws adopted, proposed, or revoked between 1990 and 2018.  My results, so far, are startling.

Of the sixty “strong democratic states” I identified, thirty-five of them (or roughly 58%) have adopted at least one restrictive CSO law since 1990, most of which were proposed or adopted after 2010.  When current proposals are added to this list, the total comes to thirty-eight states, or 63%.  In many cases, these states have adopted more than one restrictive CSO law: over 60% have adopted two or more restrictive laws, and nearly 40% have adopted three or more.  These laws, in certain cases, closely resemble those that have appeared in non-democratic states. While in many instances the laws appearing in strong democratic states are less draconian in content, they nevertheless seem to resemble those that first appeared in authoritarian-leaning states.  For example, laws with similar intent to Russia’s 2012 Foreign Agent Law, have since appeared in Israel, India, Australia, Austria, Hungary, and Poland, among others.

Some recent examples will illustrate the point. In October of 2017, the Polish parliament approved a law that consolidated all power over CSO funding, whether foreign or domestic, into the hands of a single individual appointed by the Prime Minister. Under this new law, government actors will get to decide which CSOs receive funding, and at what levels, effectively giving them the ultimate power over which CSOs survive.  In June of 2017, Hungary similarly passed a new law, requiring CSOs that receive (approx.) $28,000 or more of their funding from abroad, no matter the source, to label themselves as “funded from abroad” on all publications.  Many fear that this label will be stigmatizing and degrading to the sub-sector of CSOs that it will most directly effect, which include government watchdog organizations.  Similar laws were passed in Israel in 2016 and India in 2010, the latter of which has had devastating consequences for many CSOs, particularly human rights and environmental CSOs. Indeed, recent reports confirm that more than 24,000 CSOs lost their operating licenses following adoption of more restrictive amendments to India’s Foreign Contributions Regulation Act in 2010 and 2011.

Every one of the sixty “strong democratic states” included in my analysis has ratified the International Covenant on Civil and Political Rights (ICCPR), the primary international treaty codifying the freedom of association, which is considered binding international law. Nearly all sixty have additionally signed on to a regional human rights treaty that similarly enshrines the freedom of association. Moreover, with rare exception, such as in Australia, each recognizes this fundamental right in their national constitutions or its existence has been implied by the state’s highest judicial authority, as in the United States.

Unfortunately, my findings cast doubt on the power of international treaty ratifications to shape state behavior, a finding that has long been debated.  But more fundamentally, they challenge our assumptions and preconceptions that strong democracies are different and “better” than their authoritarian counterparts, or more committed to adhering to their human rights commitments.  My research confirms a claim that has routinely been alleged by civil society observers, human rights attorneys and political scientists, but until now, never empirically confirmed or explored: the closing space trend has indeed infected states of all types, including over half of all strong democratic states.

As in authoritarian countries, my findings confirm that the recent spate of restrictive CSO legislation began shortly after the turn of the new century,  gained momentum following 2010, and then reached a crescendo in 2017.  Though it’s still too early to tell whether these trend lines will continue in the coming years, what is clear is that the rate as which such laws are being proposed and adopted in democratic states (approximately 63%) is keeping pace with, or according to some estimates, even rising above the percentages seen in less democratic states.

Chrystie Swiney is a human rights attorney who is currently completing her PhD in International Relations and serves as a Research Fellow at Georgetown University. She is the Lead Author of Global Trends in NGO Law.