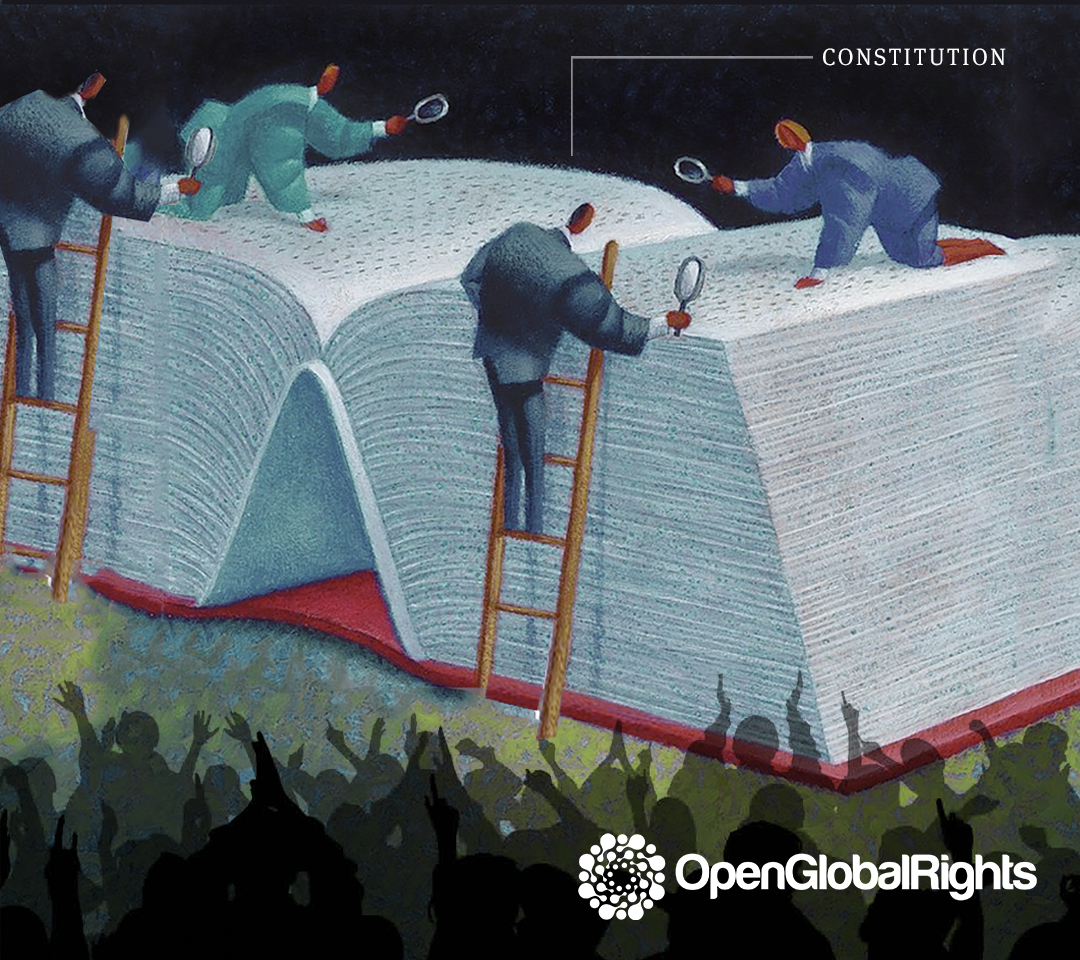 Constitutional provisions are crucial to the protection of human rights around the globe.  Yet the extent to which individual constitutions do so varies greatly.  Some constitutions explicitly recognize a small number of rights, while others are far more extensive.  Over time, of course, constitutions can also change—by amendment or outright replacement—resulting in changes to the scope of protected rights.

Each constitution, provision, and amendment is unique.  Yet there are also broader forces and mechanisms that generate trends in the extent to which the world’s constitutions protect human rights.

Facilitated in part by the tremendous data collection and analysis efforts undertaken by the Comparative Constitutions Project, scholars in a wide range of fields have begun systematically analyzing these trends.  In a collaborative research project with colleagues at MIT Media Lab, UNICEF, and the University of California-Merced, we describe and analyze mechanisms that explain the variation in rights protection under national constitutions and the timing of constitutional change.

Using a series of computational social science techniques, such as network analysis and automated text analysis, we found evidence to suggest that constitutional change often follows a hierarchical pattern. In other words, countries are likely to adopt rights protections in a certain order: adopting some rights protections leads to or facilitates the adoption of additional protections.  Of course, this is not always the case—in theory, a country can adopt any constitutional rights protects it decides to at any time—but in practice the sequence of rights protection tends follow predictable patterns.  For example, countries tend to adopt constitutional provisions for workers in a particular order: the right to form labor unions is often enshrined in the constitution first, followed by rights to safe working conditions, and further followed by limits on child labor.

Our findings about the hierarchical properties of constitution-making and constitution-changing have important implications for those who encourage countries to adopt rights protections in their constitutions.  The most direct implication is that, at times, the adoption of a given provision may be more likely if specific other provisions—ones that lay the normative and legal groundwork for the new provision—have already been adopted. In turn, this suggests that an incremental approach to the adoption of rights protection may, in some cases, be more feasible than a wholesale approach.  Nonetheless, we do urge caution in interpreting our results because, while they do pick up on general trends, they surely do not capture all of the complexity involved in any given case.

Much of this is intuitive based on what we know about former colonies adopting constitutions similar to their former colonizers’.  We found, for example, that we could often successfully predict the extent to which two former colonies’ constitutions are similar simply by knowing whether or not they were colonized by the same power.  Nonetheless, we also found that quite often this was not the case, suggesting that the other factors we explored are similarly important, especially as time passes and the colonial relationship becomes more distant.

We therefore also explored how a set of temporal effects, and specifically major events that change the international system, interact with network effects and affect constitution-making and constitution-changing on a global basis.  We found, for example, that around the end of World War I many countries adopted provisions that were new not just in their own constitutions, but were rare elsewhere in the world.  These include the right to self-determination and provisions governing gender equality. Even lesser-known events such as the Revolutions of 1830 are associated with the growing adoptions of new provisions, especially those governing property rights and rights to judicial redress.

Given that both major events and network effects are important, we next analyzed which of these mechanisms tends to matter more with respect to the adoption of individual human rights provisions.  If temporal effects matter more with respect to a given right, it means countries will likely adopt that right at similar times, regardless of history and constitutional traditions. Yet if network effects matter more, that means countries with similar histories and legal systems tend to adopt that right, regardless of ongoing global events.

Rights that seemed especially subject to temporal effects concerned environmental protection, freedom from torture, and freedom from extrajudicial killing. This has an important implication for activists: it suggests that, historically, countries have adopted these rights following a major or politically salient event.  In turn, it might mean that future activism to encourage adoption of these rights may be more effective in the shadow of such events.

Some of the rights we found to be more subject to network effects included the freedom of religion and the right of judicial petition. This finding could be interpreted to mean that future efforts to encourage the adoption of these rights need not depend on ongoing events. Instead, it might be the case that efforts to encourage a country to adopt these rights might be strengthened by activism that points to other countries with similar histories and legal traditions that have already adopted such rights.

These findings, of course, are not intended to explain every case of constitutional rights adoption, nor do they capture the complex causal processes underlying these events. But we have analyzed and highlighted several trends in the hope that these processes will shed new light on how human rights protections have evolved, and how activists might use that knowledge to further such protections.

Yonatan Lupu is an associate professor of political science and international affairs at the George Washington University.