Experiments on support for women’s rights in Pakistan could improve the implementation and enforcement of UN treaties.

Improving women’s rights is important across the globe, but it is of utmost importance in countries like Pakistan. Even though Pakistan was the first Islamic country to have a female head of the state (Benazir Bhutto) and is the home of the youngest female Noble Laureate (Malala Yousafzai), it was recently ranked 143 out of 144 countries for gender equality by the World Economic Forum. Women in Pakistan not only regularly experience threats to their safety in the form of rape, assault, and domestic violence, but they are also frequently murdered by their own relatives in so-called “honor killings”.

One of the primary goals of the international human rights movement is to eliminate this kind of violence.

One of the primary goals of the international human rights movement is to eliminate this kind of violence; indeed, the Convention on the Elimination of Discrimination Against Women (CEDAW) was created to outline countries’ obligations to women, and the United Nations (UN) regularly issues reports on the ways that countries need to change their policies to live up to their treaty commitments.

However, despite all the effort that has been put into the creation of CEDAW and the related UN reports, it’s still not clear whether these steps have helped to improve the rights of women around the world. Many scholars have attempted to research treaty compliance, and some have suggested that in certain cases human rights actually get worse after a treaty is signed. In the case of CEDAW, 189 of 193 members of the UN have ratified CEDAW, making it difficult to compare countries that have and have not become states parties to the convention. But even if a sufficient “control group” existed, there would be the problem that countries self-select into treaty regimes. Additionally, comparing data before and after a country ratifies an agreement is problematic due to the many potential confounding variables or long-running trends that pre-date UN treaties. Finally, the ways that organizations measure human rights violations—and the type and quality of data available—have changed substantially over the last few decades, adding a further complication to assessing change over time. 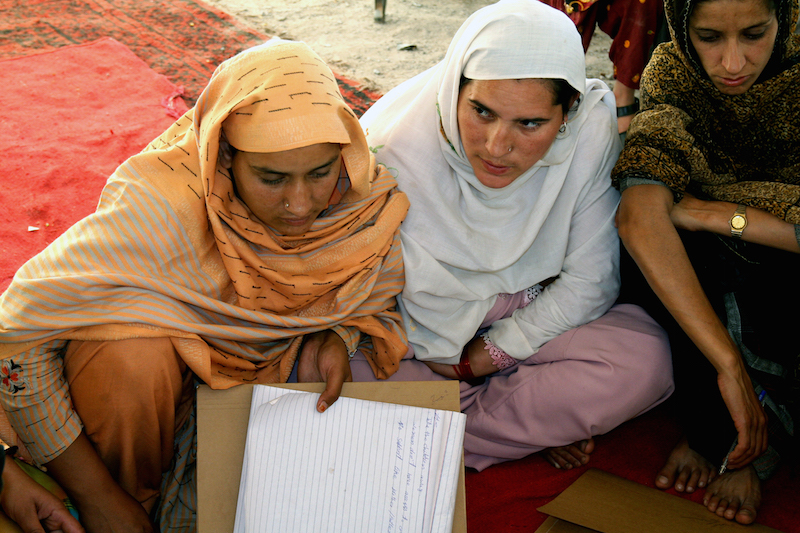 Even though Pakistan was the first Islamic country to have a female head of the state (Benazir Bhutto) and is the home of the youngest female Noble Laureate (Malala Yousafzai), it was recently ranked 143 out of 144 countries for gender equality by the World Economic Forum.

Given the difficulty of assessing the effectiveness of CEDAW and other international human rights treaties with conventional data, researchers have recently begun to use experiments to test the likely effects of these agreements. The idea is that experiments can be designed to test existing theories about how and why international treaties might change countries’ behavior.

For instance, one theory—usually attributed to political scientist Beth Simmons—suggests that when people learn that a particular policy is based on international human rights law, they will become more likely to support it. A finding that UN endorsement of a policy increases public support would lend credibility to the idea that treaties and the United Nations efforts are making a difference.

To test this theory, we conducted an experiment in Pakistan from December 2014 to January 2015 in which our team of researchers recruited 614 people to take an in-person survey. Since the safety of our team was a major concern, we focused on recruiting students and teachers on the campuses of universities in Islamabad (the capital of Pakistan) to take our survey. This means that our sample was not representative of the overall population of Pakistan, but we do think that it is made up of the people most likely to change their minds based on United Nations proposals.

The heart of our survey was a series of questions on four proposals that a recent UN report had recommended that Pakistan adopt in order to improve women’s rights. Those proposals were to: (1) increase the quota allocated for women in the national and provincial legislators; (2) end the practice of allowing perpetrators of so-called “honor” crimes to negotiate pardons from their victims; (3) raise the age at which girls are allowed to marry from 16 to 18; and (4) repeat polls in precincts where women cast less than 10% of votes in an election. After telling people about each proposal, we asked if they agreed with each policy on a five-point scale from strongly disagree to strongly agree (see Figure 1).

Figure 1: Responses to the Experiment on Women’s Rights

Although our experiment did find evidence that awareness of the United Nations’ role in formulating a policy increased stated support for four specific policies to improve women’s rights, this finding has clear limitations. Our experiment only tested one topic area (women’s rights), in one country (Pakistan), on a narrow group of people (educated and urban respondents). Future research is needed to test whether the effects are generalizable more broadly. But we do think our research helps to illustrate how the international human rights movement can begin to use experiments to test the effectiveness of their efforts.

And there is reason to be hopeful that policy recommendations from the UN are having a positive impact on Pakistan. First, one of Pakistan’s largest provinces, Punjab, enacted a new law in 2016 designed to protect women from violence. Despite the initial resistance, this historic achievement has been increasing optimism that it might improve outcomes for women a province in which 74% of the country’s violent crimes were reported in 2013. Second, the National Assembly of Pakistan passed two bills, one to curb the crimes of rape, and another to restrain honor killings. We can’t say for sure whether the UN endorsement made a difference in the passage of these pieces of legislation, but it is possible that international efforts played a role in passing these laws that promise protection to millions of women.

Gulnaz Anjum is an Assistant Professor of Psychology at the Institute of Business Administration (IBA) in Karachi, Pakistan.

Adam Chilton is an Assistant Professor of Law at the University of Chicago Law School in the United States.