As Amnesty frames its goals in terms of confronting power and structural injustice, it risks weakening its defense of the rule of law—at precisely the moment when it’s needed most. 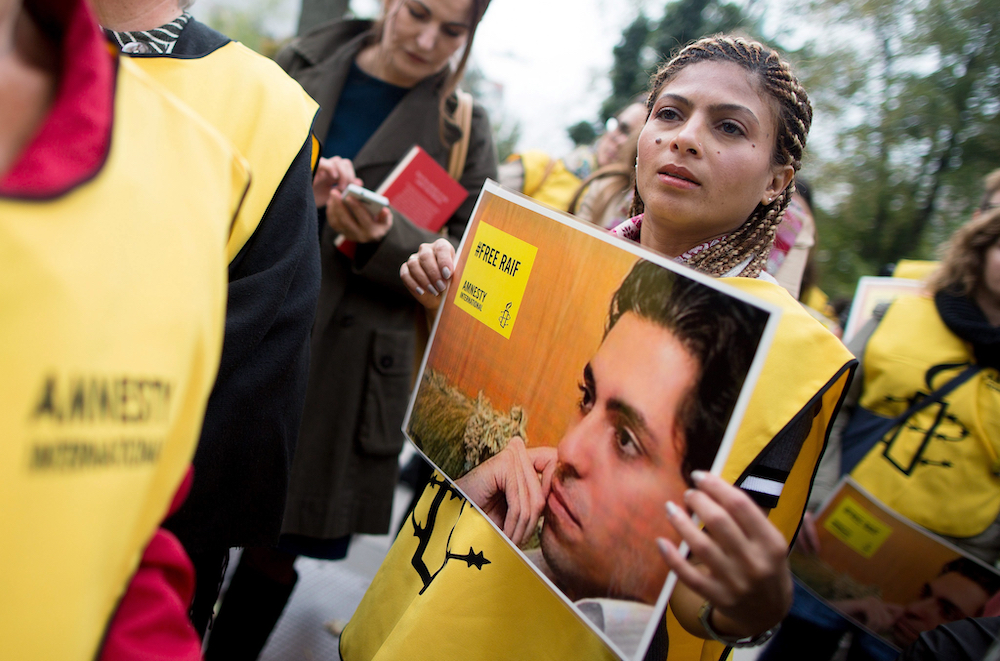 Power is an inescapable element of human relationships. So, the human rights movement cannot oppose power per se, even if we are acutely sensitive to its inherent dangers. Our purpose has always been to stop abuse of power and promote its positive use to uphold the dignity and equality of all persons and, some would say, promote human flourishing. This necessarily requires us to confront and sometimes disrupt power, but I think we should be wary of viewing this as an end in itself.

In discussions on Amnesty’s future directions, however, there has been talk of “fighting to disrupt existing centres of power” and “tackling invisible forms of power” without reference to higher aims. Invoking a more radical spirit, especially in these times of popular rage at government and unfair systems, can appear attractive. It is probably a good strategy for regenerating the supporter base.

But to what end, ultimately?

It feels like Amnesty is on the cusp of redefining itself as a project for “justice” in the “thick” sense used by the political left, and that this is what the contra-power language above signifies. We can see this in Amnesty’s increasing visibility within progressive struggles for social and economic justice (e.g., the anti-austerity movement) and climate justice (e.g., Extinction Rebellion), and in suggestions that Amnesty’s next strategy should tackle the “structural causes of injustice in the world” and “challenge the rules that serve the status quo”.

There are plenty of compelling reasons for Amnesty to take this path. The ruinous impacts on human rights of rising global economic inequality and climate change are becoming clearer every day, especially, but not only, in the global South. It is hard to imagine how these can be reversed without drastic, structural, political and economic change. These are also defining issues of our era, which means that focusing on these agendas is a good bet for making Amnesty a bigger, and more inclusive movement.

But there are drawbacks too.

Today’s struggles for social, economic and climate justice are led capably by other groups who tend to use larger, political “frames”—often involving opposition to free market capitalism or neo-liberalism—to define the problems they are working to solve. Amnesty is now flirting with these frames at the expense of its traditional positivistic focus on human rights compliance.

Struggles for social, economic and climate justice are led capably by other groups who tend to use larger, political “frames”.

Such a shift would enable Amnesty to harmonise and resonate better with these constituencies, although any jettisoning of a hard focus on human rights standards might beg questions about what it brings to the table, beyond its people and brand. These are certainly useful, but Amnesty could be perceived as trying to capitalise on momentum built by others.

Moreover, at a time when Amnesty aspires to greater inclusivity, committing to a more radical and overtly politicised posture risks alienating conservative and more mainstream liberal supporters. These have been part of the Amnesty family since Peter Benenson launched it to address abuses on both sides of the “Iron and Bamboo curtains”. The reactionary tide sweeping right-wing politics might make this seem a relatively low price for Amnesty to pay. However, it is essential for the broader human rights movement to preserve roots across the political spectrum. To shore up the absolute torture ban, for example, we need the backing of liberal conservatives, who helped establish it in the first place and are good at boosting voices against torture inside the military, intelligence services and police.

But the greatest danger is that by prioritising participation in broader progressive movements, Amnesty will be distracted from human rights battles where there is a global expectation that it will lead, rather than join in solidarity or follow. The world is in the grip of an authoritarian “turn”, which is intensifying in the context of the coronavirus response. The politics of hate is on the rise, freedom is receding, and the concept of human rights is under sustained ideological attack. Popular disenchantment with human rights is linked to a growing malaise with the rule of law. In Britain, the birthplace of Amnesty, more than half of the population now say the country needs a strong leader “who is willing to break the rules”. In real terms, checks on government power weakened in more than 60 countries last year, with the worst declines in central-eastern Europe.

The greatest danger is that Amnesty will be distracted from human rights battles where there is a global expectation that it will lead.

The rule of law is a condition sine qua non for human rights. That is why Amnesty’s statute obliges it to urge “all governments to observe the rule of law”. There has never been a more important moment in Amnesty’s history to ramp this up.  When constraints on power disappear—including access to justice in the ‘thin’ sense and an independent judiciary—systematic abuse of rights surely follows, with terrifying human consequences. In democracies and authoritarian states alike, “strongmen” leaders are seizing the opportunity of the coronavirus emergency to dismantle curbs on their power.

A full-throttled mobilisation is essential to defend the rule of law as a delivery vehicle for all human rights—including economic, social and cultural rights. Amnesty is better placed than any other civil society group to lead this global fight back, using its reach and clout to buttress local actors on the frontline. But this means convincing the public that the rule of law is worth fighting for. It must rise above the polarized positions whereby the far right resents the rule of law as an impediment to more forceful modes of governance, and the radical left disdains it as an instrument of ruling class oppression. Yet this latter critique is being voiced within Amnesty leadership circles. It is likely to enter the bloodstream further via the new politicised frame being canvassed now, making Amnesty, in this moment of peril, shy on protecting the rule of law, when it needs to be bold.

It is obvious that structural injustices lie at the root of rampant human rights abuse associated with global ills such as an authoritarian resurgence, glaring income inequality, coronavirus and climate change. It does not necessarily follow, however, that Amnesty should refocus its campaigns apparatus on seeking structural change if this involves taking the movement into contested ideological debates.  Such a metamorphosis would probably revitalise Amnesty and cement its place on the progressive side of politics. But if it allows the rule of law to flounder as a result, this would be disastrous in the end.

Amnesty is at a crossroads with some fundamental choices to make about how to respond to power and how to wield power of its own. No matter which path Amnesty takes, we will feel the reverberations throughout the wider human rights movement.

Sonya Sceats is the Chief Executive of Freedom from Torture, and formerly a strategy advisor at Amnesty International. This blog is written in a personal capacity.