Legal empowerment offers promising new methods to improve access to justice and build legal systems that work for everyone. 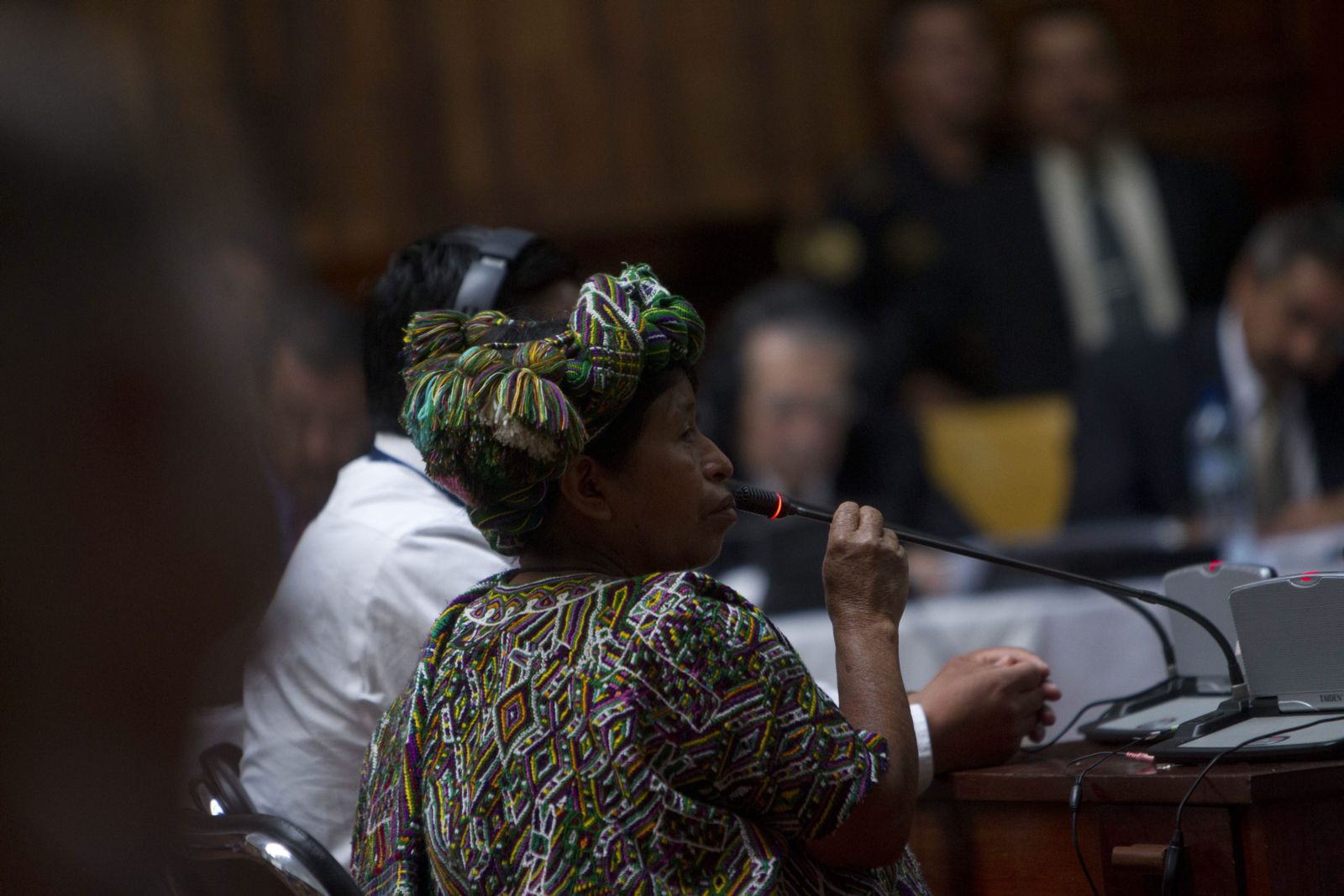 An indigenous woman testifies on Monday, April 1, 2013, during the trial that follows against the coup general José Efraín Ríos Montt and his former military intelligence chief, José Rodríguez, for the murder of 1,771 indigenous Ixils between 1982 and 1983, in the Supreme Court of Guatemala.

According to the United Nations, more than four billion people live outside the protection of the law. Adding to this unjust and ongoing status quo are profound levels of income inequality and rising authoritarianism, deepening the marginalization of communities across the globe. The result is an urgent need to reimagine justice, to build legal systems that work for everyone, driven by the voices of those who have been historically powerless.

American writer James Baldwin once said that to “know how justice is administered in a country” one must go to the “unprotected” and listen to their stories to learn “not whether the country is just, but whether or not it has any love for justice, or any concept of it.”

Legal empowerment is a growing field of human rights practice, scholarship, and education that strives to do just this—to listen to the stories of communities affected by injustice, and to reverse the tide by strengthening the capacity of marginalized individuals to use the law to find solutions to their justice problems.

Indeed, in September 2015 the UN General Assembly adopted the Sustainable Development Goals (SDGs), through which the global community pledged to promote peaceful and inclusive societies for sustainable development and ensure access to justice for all by 2030 (Goal 16). The 2030 Agenda acknowledges the significance of rule of law to sustainable development in several distinct ways: by reducing crime and violence, advancing equality and eradicating discrimination, strengthening laws and institutions at the national and international levels, and empowering people. Although the Agenda doesn’t explicitly discuss the role of legal empowerment, it necessarily plays a catalytic role in reaching the proposed SDGs.

Notwithstanding the strong rhetoric about access to justice for all, the SDGs have not been backed up with much action. When the goals were announced, many of them were supported with significant financial pledges. For example, $25 billion in public and private financing was committed to improve healthcare for women and children. Not one dollar was pledged for access to justice.

There is much greater promise, however, at the grassroots: today there are more than 1400 organizations around the world dedicated to legal empowerment. One such example is Namati, an organization committed to building an evidence-based movement of grassroots legal advocates. Namati convenes the Global Legal Empowerment Network, a network of practitioners and scholars who learn from each other through the sharing of online resources, in-depth learning exchanges, and an annual Legal Empowerment Leadership course. The Network has also built a growing library of legal empowerment resources to advance grassroots justice worldwide.

Legal empowerment continues to take many forms: from grassroots paralegal programs, to mediation and dispute resolution initiatives, and law and organizing efforts that marry litigation with broad mobilization efforts. A central tenet of the work is the shifting of power relations, with communities working closely with lawyers and activists to expand access to justice, keeping the community in the lead in defining the justice they seek.

Unlike traditional legal interventions, legal empowerment is broad and flexible, uniting multiple disciplines of law, development, political science and pedagogy to address power dynamics that are key to addressing poverty and marginalization. The concept of legal empowerment is anchored in international human rights law and rests on Sen’s theory that poverty is a deprivation of capabilities and opportunities, with external constraints inhibiting an individual’s ability to shape and exercise his or her basic rights. It “provides citizens with a stake in the state” and draws from trade union and feminist movements, which saw emancipatory power of popular education and “embedded rights awareness with self-reflection and collective action.” Legal empowerment emerged in part as a response to criticisms of “top-down” approaches within the development field and the failure of development methodologies to meaningfully impact the lives of poor and marginalized communities.

But violations or deprivation of human rights are often a barrier to legal empowerment. Violations of the right to health, education, security, and association can prevent or inhibit individual and/or community participation in domestic legal systems. Legal empowerment programs must adopt specific strategies to tackle these barriers and encourage meaningful participation from marginalized communities. Towards this end, human rights lawyers are expanding their work beyond traditional legal representation to include legal empowerment interventions that create safe social and political spaces for communities to (re)claim their rights.

This April, the Robert L. Bernstein Institute for Human Rights—an institute committed to the advancement of legal empowerment—is hosting a groundbreaking conference to examine the key concepts underpinning the legal empowerment field, illuminating how empowerment can transform access to justice and make real human rights. There are diverse issues and interventions at stake around which experts can offer dynamic insights into legal empowerment research, with a focus on methodologies, evidence, and gaps in scholarship. Innovative community-driven strategies are especially critical to hold state and corporate actors accountable for human rights violations in varying regional and political contexts.

Articles based on these discussions will be published on OGR in the coming weeks. Crucially, this gathering will not only be a forum to listen to the stories of the unprotected, as Baldwin rightly advised; it will be an opportunity to understand how legal empowerment is supporting communities across the globe to become the authors of their own justice, and through their liberation, the inspiration for more.