The US Global Gag Rule is impeding far more than access to abortion in the global South—services for HIV, tuberculosis, sanitation, and nutrition are all being suppressed by American policy. 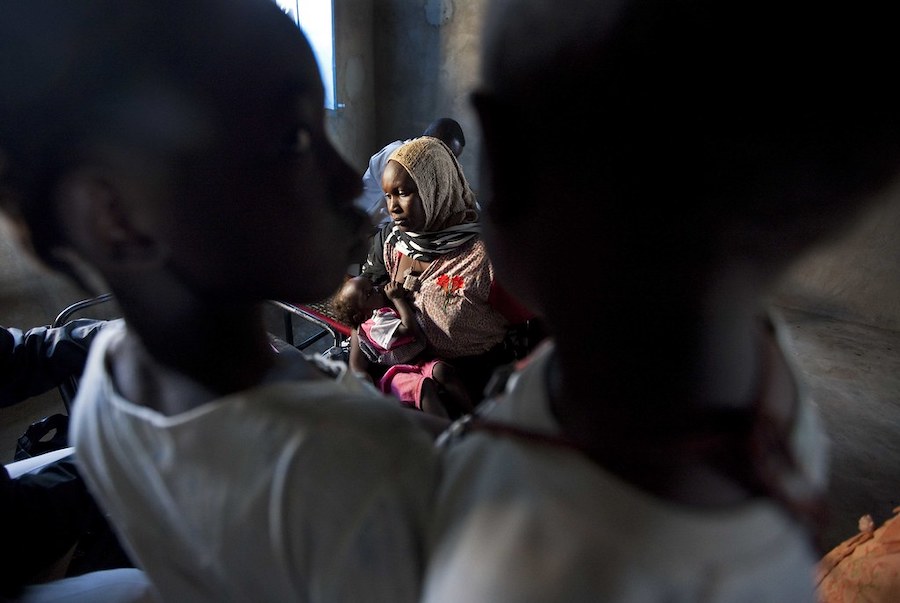 The international funding chain for reproductive health is being strangled by US policy. The American Global Gag Rule, first introduced in 1984, restricts foreign nongovernmental organizations that receive US assistance from using money—including their own—to provide, counsel, or disseminate information about abortion as part of their comprehensive family planning services. In 2017, Trump reinstated this policy—after it had been inactive for eight years—and created an expanded version where NGOs that refuse to abide by the gag will be refused all health assistance, including funding for HIV, primary care, nutrition, tuberculosis and malaria programs. This expanded gag rule impacts $9 billion in aid, half of which directly supports HIV and AIDS services. This past March, the administration announced yet another expansion which extends the gag rule beyond NGOs to those who support or fund these organizations, and to groups providing abortion information or services.

This policy clearly demonstrates what many voices in the current human rights funding debate fear: the global North dictating the use of funds, therefore dictating issues of importance for developing countries. The Trump administration is imposing its opinions about abortion onto countries and organizations that do not necessarily agree, but rely on its funding for essential health assistance; this is a cruel misuse of power. However, the reason funding is directed toward developing countries in the first place is because of the universal recognition that access to comprehensive reproductive health and family planning services is a human right and an obligation that the international community must realize together.

The politics of abortion have real consequences for public health organizations and country initiatives that rely on US funding. Though the Global Gag Rule targets abortion services, the negative health impacts are felt far beyond women’s reproductive health. The organizations affected provide many services besides family planning, including HIV and tuberculosis treatment, nutrition, and sanitation. One particular example is that of Family Health Options Kenya, a prominent health service organization, which has experienced the practical consequences of the implementation of the Global Gag Rule. The organization has lost more than 60% of their overall funding directly related to the gag rule, limiting their capacity and ability to provide necessary health services beyond family planning, such as tuberculosis testing and treatment. This can be quite dangerous as men and boys experience tuberculosis at double the rate found in girls and women. By targeting health providers, the global gag rule impacts the ability of both men and women to receive treatment and alleviate “catastrophic” treatment costs. FHOK has already closed two clinics, while more are operating with reduced services to remain open. The organization cannot afford to continue with education on family planning as well as infectious diseases. And this funding scarcity is not just being felt in Kenya: the United States has also previously invested in Indian health programs that include efforts to improve nutrition and sanitation, which are now threatened by the gag.

Since the reinstatement of the gag rule, many countries are stepping up to try to replace the funding pulled by the United States. The Netherlands announced an initiative to raise funds to address global access to abortion. Most recently, Canadian Prime Minister Justin Trudeau announced a commitment of $700 million (cad) to address sexual and reproductive health globally. It is heartening to see other countries step up to replace funding that is being cut due to the gag rule, but it is not enough. The United States has been a major international funder, and the uncertainty that has been experienced with the repeal, reinstatement, and now expansion of the Global Gag Rule is untenable for developing countries and organizations who consistently rely on their assistance. The United States has already promised to decrease funding for the regional Organization of American States due to its discussion on abortion. It will not come as a shock if the United States continues to renege on its funding obligations toward other international organizations under the guise of a gag rule. In this case, it is incumbent on international organizations to have more flexible funding streams, and allow developing countries to utilize the funds outside of specific project in order to enhance their public health infrastructure.

The implementation of the gag rule demonstrates the urgency for diversifying sources of funding for public health organizations and initiatives. Within the human rights funding debate, some have advocated for developing countries to increasingly rely on domestic sources of funding. Foreign funding is often insufficient to fully fund health responses—this has been acknowledged by Kenya in the importance of sustaining their HIV response, but the country’s progress on securing local funding is unclear. Domestic funding can allow countries to rely less on the global North—tricky, but not impossible—and in some cases local funding is more appropriate for long-term solutions. For example, there is room for private funders to become more involved, as public health funding can be a “safer,” less political space. The continued ability for service organizations, and public health issues to maintain their funding because of their unique position within human rights politics is now in jeopardy because of political nature of abortion and the global gag rule and funding stipulations associated with United States aid.

Because the gag rule now impacts all health funding, private and public funders who may want to side step the issue of abortion or family planning can instead focus on filling the gaps in funding for HIV, malaria, or nutrition. Domestic funding, either from private or government sources, must increase. This can be done in hyper local ways such as autonomous resourcing, a way to fund movements independently. What is particularly unique about this strategy is that funding becomes part of movement expansion, and there are no external requirements. This can be replicated by service organizations by seeking funding more deliberately to sustain current health initiative. But no single way of funding will fill the gap of health assistance funding provided by the United States. If organizations and countries refuse US money due to the gag rule, initiatives will need to scale back and urgently seek replacement funding from a diverse coalition of funds.

Karen Chonofsky is a current Master of Human Rights candidate with a focus on gender and international development at the University of Minnesota’s Humphrey School of Public Affairs and College of Liberal Arts.