Declining economic conditions in cities and communities around the world have inspired more people to organize locally to defend and promote our “right to the city.”

In late April, community activists from around Georgia and from as far as Seattle and New York gathered in Atlanta to learn about the growing global “human rights cities” movement. Declining economic conditions and the corruption of local and national politics in communities around the world have fueled a trend where more and more people are organizing locally to defend and promote our “right to the city.” The United States has come late to this party, but a national movement is growing.

As the market logic has come to dominate most local policy decisions, activists are finding that human rights-based organizing can be a powerful tool for defending people’s basic needs and building residents’ commitments to place and community. Malcolm X famously pointed out this often overlooked international dimension of the US “Civil Rights” movement: “When you expand the civil-rights struggle to the level of human rights, you can then take the case of the black man in this country before the nations in the UN. You can take it before the General Assembly. You can take Uncle Sam before a world court. But the only level you can do it on is the level of human rights. Civil rights keeps you under his restrictions, under his jurisdiction. Civil rights keeps you in his pocket.” 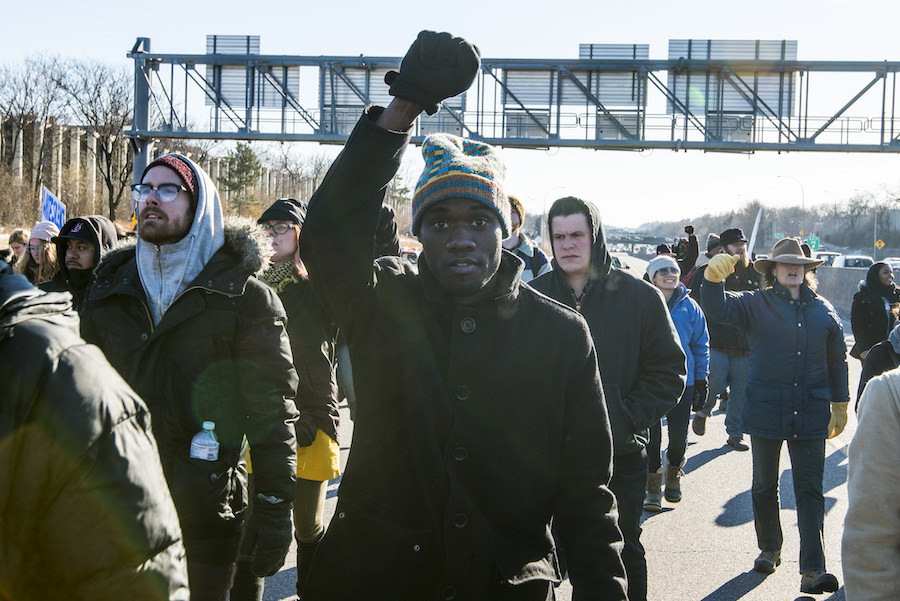 The national human rights cities convening, hosted by the American Friends Service Committee and the US Human Rights Cities Alliance, focused on strategies for organizing “human rights cities and communities.” The meeting provided participants with examples from other cities and tools for organizing. A major focus was the UPR Cities Project, which aims to mobilize local groups to document local human rights conditions as part of a United Nations Universal Periodic Review (UPR) of the United States’ human rights record. Testimony and analyses from cities and communities will be collected into a national civil society stakeholder report, from which international officials will draw when making recommendations to US officials for improving national compliance with international legal obligations. The UPR Cities project is innovative in developing recommendations focused on the specific needs and experiences of cities and communities.

Local mayors and other community leaders are more accountable to the people whose lives their decisions impact.

But bringing international attention to the US human rights record is not the only aim of the UPR Cities project. The real goal is to build a human rights constituency throughout the country—people who know their rights and are organized to defend these rights. A UPR Cities organizing toolkit supports efforts to mobilize local residents and equip them with resources to shape local human rights practices. While national governments ratify treaties and participate in UN processes, it is ultimately local officials who make and enforce decisions that relate most directly to international human rights laws and standards. Yet, many local officials are uninformed about international law. It’s up to organized communities, then, to be what National Economic and Social Rights Initiative (NESRI) organizer Rob Robinson calls “human rights enforcers.”

There are three main steps to participating in the UPR Cities project, called the “3 Cs.” First, residents need to collect testimonies and documentation about local human rights conditions. These can be both affirmations of what cities are doing well, as well as illustrations of where improvements are needed. Personal testimonies as well as data on local conditions can be part of local reports. Next, activists compile these accounts into two reports. One report is for the national shadow report that will go to the United Nations and become part of the official UPR review of the United States. The other one targets local audiences, including the general public, activists, and city/community officials. The local report can be promoted in a variety of ways in local organizing work, and our national team will help local organizers relate their local work to the national and UN conversations. Finally, the UPR Cities project calls for local efforts to “clamor” for human rights. It’s not enough to merely document what’s happening, it’s up to residents to demand that officials use human rights principles to guide local policy decisions.

Knowing there is international attention on local rights conditions may not move the Trump administration to act, but local mayors and other community leaders are more accountable to the people whose lives their decisions impact. When we remind leaders that “the world is watching,” we can keep human rights on the public agenda and shift the local discourse away from an uncritical acceptance of market logics and toward the recognition that leaders must ensure all residents—especially the most vulnerable—have what they need to live to their full human potential.

Indeed, many people are more receptive to human rights claims in the aftermath of the 2008 financial crisis—growing numbers are questioning the ability of globalized capitalism to provide secure jobs with livable wages as they struggle to secure basic needs like housing, food, and health care. And bolstering arguments that human rights should take precedence in policy are reports from the United Nations Special Rapporteurs on various human rights. In particular, Special Rapporteur on the Right to Adequate Housing, Leilani Farha, has been a very vocal proponent for radical change. In her 2018 report to the Human Rights Council, she unequivocally states that human rights implementation should be “the overriding goal, not a subsidiary or neglected obligation” of government policy. Farha, moreover, went far beyond the halls of the UN to issue formal letters (which have been made public) to heads of governments and corporations that are implicated in the global housing crisis.

The US Human Rights Cities Alliance is coordinating UPR Cities Consultations across the country leading up to the UPR of the United States on May 11, 2020 bringing the voices of the people to the United Nations. We invite organizers to participate in local human rights review processes and to help us build our national cities stakeholder report. Throughout the coming year, we’ll help support local work to host public events and empower residents to voice concerns and hold public officials accountable. We’ll also provide tools for organizers to help residents learn more about the Universal Periodic Review of the United States and how we can use international reports to facilitate local policy changes.

A series of webinars is scheduled to continue on July 25, and August 29 at 6:00PM Eastern Standard Time (EST). Webinar recordings are or will be available online here. To register for upcoming webinars, please send your name, organization (if applicable), and location to: uprcities@humanrightscities.mayfirst.org.