A “gender-neutral” approach to human rights due diligence is insufficient, and corporations should take proactive steps towards addressing systemic gender discrimination. 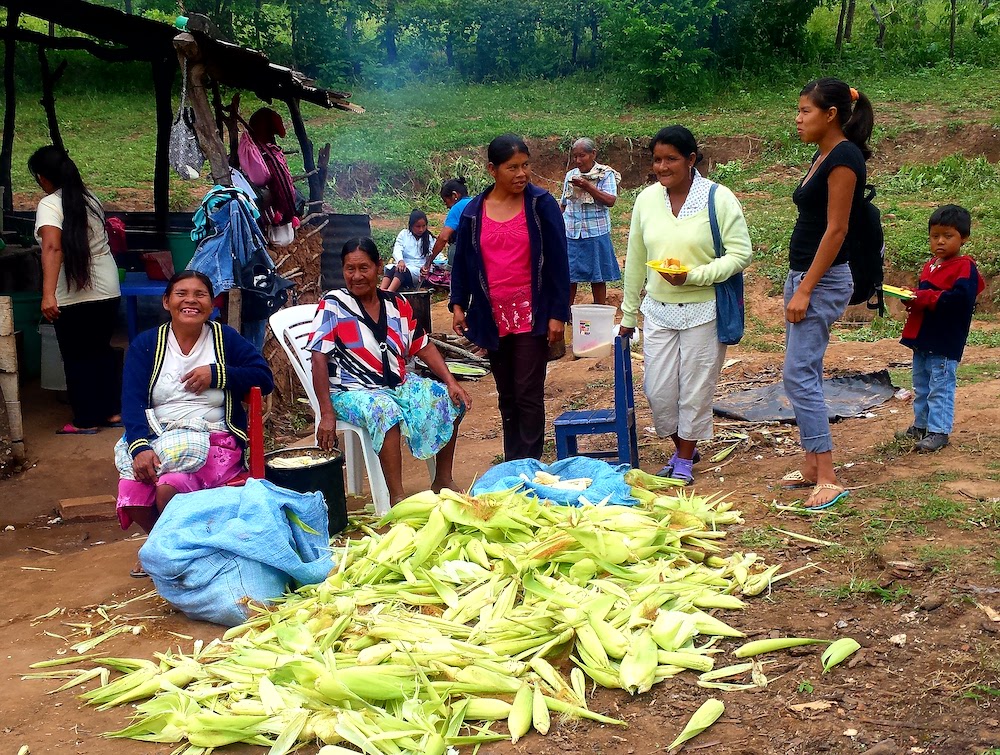 In their operating environment businesses may be confronted by situations in which social and cultural norms or practices are commonly characterized by unequal power relationships, gender discrimination and other inequalities. One of the first obligations is to identify, prevent, and mitigate the ways in which business activities may affect women differently, including intersectional dimensions. However, in some circumstances, businesses can also use their influence to promote human rights and contribute to redressing gender inequality. But as the case of the Guarani people in Bolivia illustrates, this approach is not free from challenges and dilemmas.

At the end of the nineteenth century and throughout the twentieth century, the Bolivian State encouraged the establishment of large estates based on the forced insertion of Guarani communities as pawns in semi-slavery conditions in the Chaco region. In 2010 the State took legal and practical measures to liberate the “captive communities”, as they are also known, and part of their ancestral territories was returned to them. In 2013, the international energy company Total started the construction phase of the Incahuasi gas field located in the indigenous territory of Alto Parapeti, a former “captive community”.

Accordingly, the host Guarani indigenous communities were considered by the project as a vulnerable group. However, we at Total didn’t realize at that time that Guarani Indigenous women experienced discrimination in a much more acute way than the men, because ethnic, social, class and gender discrimination converged in a vicious cycle of poverty, exclusion and gender-based violence. Within the concept of vulnerable groups, we considered the first layer of “Indigenous people”, but we should have gone deeper into the second layer, Indigenous women, who were even more vulnerable.

We at Total didn’t realize at that time that Guarani Indigenous women experienced discrimination in a much more acute way than the men.

This oversight had implications. For example, the cash economy resulting from the project due to compensation payments, employment opportunities, and service provisions like renting cars indirectly contributed to an exacerbation of gender inequalities. Women became more vulnerable and dependent on men, who were more likely to access and control the cash income. Based on the work of our team of women community liaison officers (Total communities’ staff) we identified gender-based violence, specifically domestic violence in Guarani communities, as an issue we could not ignore. Based on our social management plan we drafted a program seeking to promote human rights in neighbouring communities. The enactment of a law in 2015 criminalizing gender-based violence, and rendering domestic violence a public matter, provided an opportunity for us to engage on this sensitive issue by supporting the new local authority in charge of its implementation.

Developing and implementing a pilot program

The ethical dilemma of a corporation exercising influence over or promoting structural change towards substantive gender equality disappeared when the government enabled a legislative environment and a local level public authority was appointed to prevent and address gender-based violence. The enabling conditions had been set for the company, not only to consider how our presence and activities affected gender relations, but also how it might contribute to redressing gender inequality. The risk for the business being perceived as intrusive with regards to Indigenous organizations had been also largely mitigated, primarily through our partnership with a local NGO, “Casa de la Mujer”, which had experience fighting gender-based violence in the region.

However, we faced some complexities when designing the program. As a company we knew we didn’t have the expertise and it would be difficult to obtain authorisation from the Guarani male-dominated leadership to consult with the communities and design the project with women affected by gender-based violence. Nevertheless, we discussed the project’s goals with the head of the gender portfolio of the Guarani organization (the only portfolio assigned to a woman within the leadership), and with the public officer in charge of the new law on gender-based violence. After these consultations, we agreed on a combined public-private-civil society strategy where the enforcement authority would lead the program.

Acknowledging the limited resources and scarce expertise in gender-based violence of the recently established local governmental service, and in order to provide adequate support to the communities, we developed a collaborative relationship with Casa de la Mujer. This organization brought its expertise in promoting women’s rights, eradicating gender-based violence and working with Indigenous communities. We launched the pilot program to raise awareness in six Guarani communities among women and men about domestic violence and mechanisms for access to justice.

We agreed on a combined public-private-civil society strategy where the enforcement authority would lead the program.

The implementation of the program faced two main challenges: the existing gender inequalities and local social norms. According to CEDAW Bolivia, 16% of indigenous women are non-literate due to lack or limited access to education for girls. Moreover, an aggravating factor in “captive communities” was that women who lived under forced labor did not enjoy the right to attend school, and once “liberated”, the cultural and social norms limited women’s participation, which created additional barriers in accessing remedy mechanisms.

The participatory and gender-sensitive methodology of the research and the awareness-raising sessions carried out by the Casa de la Mujer in a culturally appropriate manner, showed that these women had little or no awareness of their own rights or the existing laws providing support in gender-based violence. The dedicated focus groups carried out by an experienced woman facilitator enabled Guarani women to share their experiences in a safe space, realize that domestic violence was not normal or acceptable behavior, and to be aware about remedy mechanisms provided by the law.

Likewise, the inclusive approach raised awareness among women and men at the same time so that women who participated did not experience backlash and unintentional harm. Engaging male leaders and community members in identifying discrimination against women and creating awareness about the need to address violence as a problem that affects women individually, but also as an issue that collectively affects the community, was key.

Besides the participatory diagnosis, important outcomes of the program were to promote the interaction between customary justice (community-based social regulation and dispute resolution practices) and state justice (mechanism stipulated in the law) in addressing gender-based violence. In this regard, a key goal was to provide effective remedy for Guarani women as well as the community-based appointment and capacity building of a female network of “community promoters”, made up of survivors of gender-based violence who were trained to support victims in accessing local government services.

To the question raised by this article: can corporations play a role in changing harmful social norms? The answer is yes, in operational contexts where gender inequality prevails, corporations have a role to play by using their leverage to promote gender equality inside and outside the fence, but not alone. A solid gender-responsive human rights due diligence allowing a good understanding of the social, cultural, and legal context, alongside a collaborative approach—combining roles of the private and public sector and civil society organisations with the necessary expertise—is key. All of these components together are needed to propose measures that are adequate and integrated into the local reality.