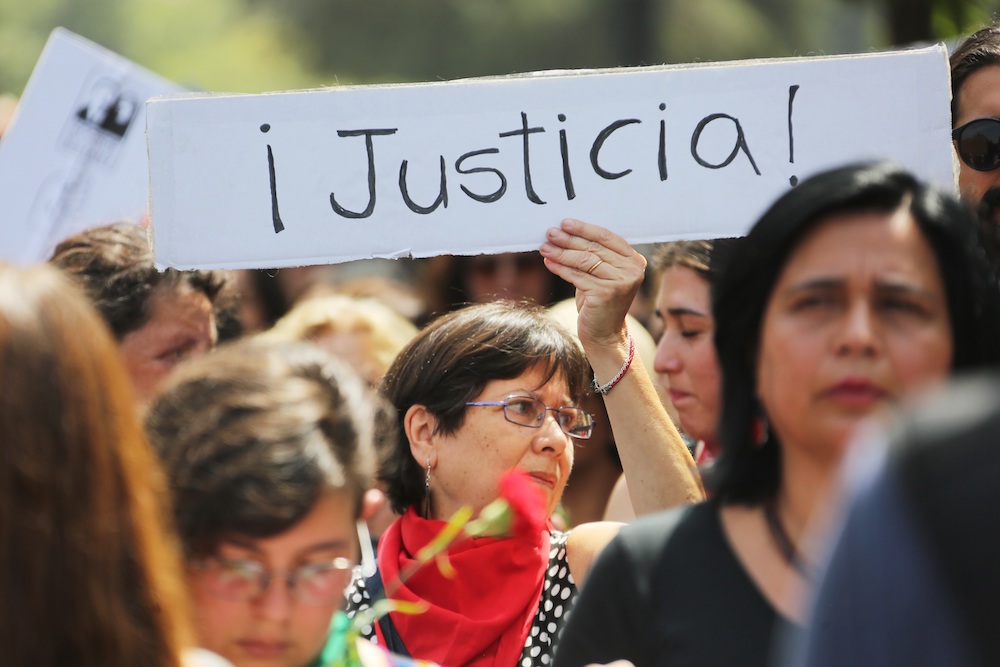 Despite being used to natural disasters, Chileans can always answer the question of where they were when a major earthquake hit the country. Something similar happened with the social earthquake of October 2019, which has given rise to a political and institutional crisis unprecedented in the country's history: everyone knows where they were when the news broke of subway stations set on fire. Santiago was paralyzed. Thousands of people had to return to their homes, walking long blocks with a feeling of uncertainty that many had never experienced, and that reminded many others of the days of Augusto Pinochet’s dictatorship.

That feeling only grew stronger when President Sebastián Piñera—a conservative billionaire elected in December 2017 by a large majority (albeit with a very low electoral participation rate)—decreed a curfew and ordered the military to take to the streets. The last time tanks and men in combat suits were deployed through the streets of Santiago and other cities in the country was during Pinochet’s regime. In a matter of days, what had started as a limited protest of students jumping the subway turnstiles to reject the fare increase of 30 pesos (USD $0.40) had unveiled serious cracks in Chile’s economic and social model, which until recently was described, in Piñera's words, as "a true oasis" in the midst of a "tumultuous" Latin America.

A lot has been written about the causes of the so-called "social outburst". The unrest coincides with the accumulated malaise of a society that has lived under the neoliberal economic and social rules imposed by the dictatorship, later managed by center-left and center-right governments. People grew tired of the government failing to meet basic needs and expectations, such as health, education and social security, while the political, intellectual, and economic elites patted their backs with the story of a country on the verge of development.

Everyone knows where they were when the news broke of subway stations set on fire.

One of the darkest aspects of this awakening has undoubtedly been violence. Reports from international organizations, such as the United Nations High Commissioner and Human Rights Watch, confirmed what local human rights defenders had already denounced: the excessive and disproportionate use of force by the police, coupled with their unusual inability to suppress crimes and patterns of human rights violations. These actions will leave an indelible mark on the lives of the victims and certainly on the national consciousness. Every city in Chile has graffiti on its walls with images of protestors’ bleeding eyes, alluding to the people who have lost their eyes—and in some cases their sight—from being shot at by the police.

State violence will remain a stain of this social crisis, and with it the name of Sebastián Piñera as the president who, in a democracy, resorted to the use of force against his own people. There is also, however, a counterpart, fragile but luminous: the possibility of adopting a new Constitution to replace the current charter, drawn up by the dictatorship in 1980 and reformed over and over again for the past forty years. A month after the crisis started, with no response from a perplexed government and with a spiral of violence and large-scale crime that did not stop, the political parties with representation in the National Congress (with the exception of the Communist Party) agreed to a constitutional reform that opened the possibility of a constitutional process.

There is, however, a counterpart, fragile but luminous: the possibility of adopting a new Constitution to replace the current charter.

At the end of October of this year, the Chilean people will be called for the first time in the history of the country to speak on two questions. (The plebiscite was originally scheduled for April, but was postponed due to the COVID-19 pandemic.) The first question is whether they want a new Constitution to be adopted. And second, if the option for a new Constitution wins, what mechanism should be used for it: a constituent assembly or a “mixed” convention of citizens and members of Congress. Mistrust towards the elites has not subsided and, despite the launch of an aggressive campaign that warns about the risks that a constitutional process would bring, the awakening manifested by the massive and recurring protests seems to be here to stay. So far, opinion polls—which, granted, have not been able to fully predict electoral outcomes—show a broad preference for the new Constitution to be written solely by citizens elected to do so.

What are the lessons that can be learned from the social eruption in Chile? I would like to offer three. First, the role of organic protest: as in the case of the yellow vests in France, the protests in Chile do not have leaders who can be easily identified (and with whom the Government can negotiate); the power derived from this lack of leadership should be a matter of study for social scientists and experts.

Second, the possibility of democratic constitutionalism: despite the intellectual voices which have wanted to minimize the role of the Constitution and characterized the protests as acts of youth, the fact that the response has been channeled towards a constitutional process shows the importance of democratic and inclusive constitutionalism, that is, of the interpretation and definition "from below" of basic institutional arrangements.

Finally, awareness of rights: both the protests and the constitutionalism that could follow respond to an awareness of the relevance of human rights, both of those that the social model has for decades privatized, and of those which have been systematically violated since October 2019.

Although it has its own characteristics, it seems that the Chilean awakening is not very different from what has happened in Lebanon, France or Hong Kong: a rebellion without clearly identifiable leaders, which goes against a system or model that it perceives as its radical oppressor. How the institutions respond to this radical disaffection—that they themselves have produced—is perhaps one of the most important lessons for anyone interested in the validity of constitutionalism and the protection of human rights.