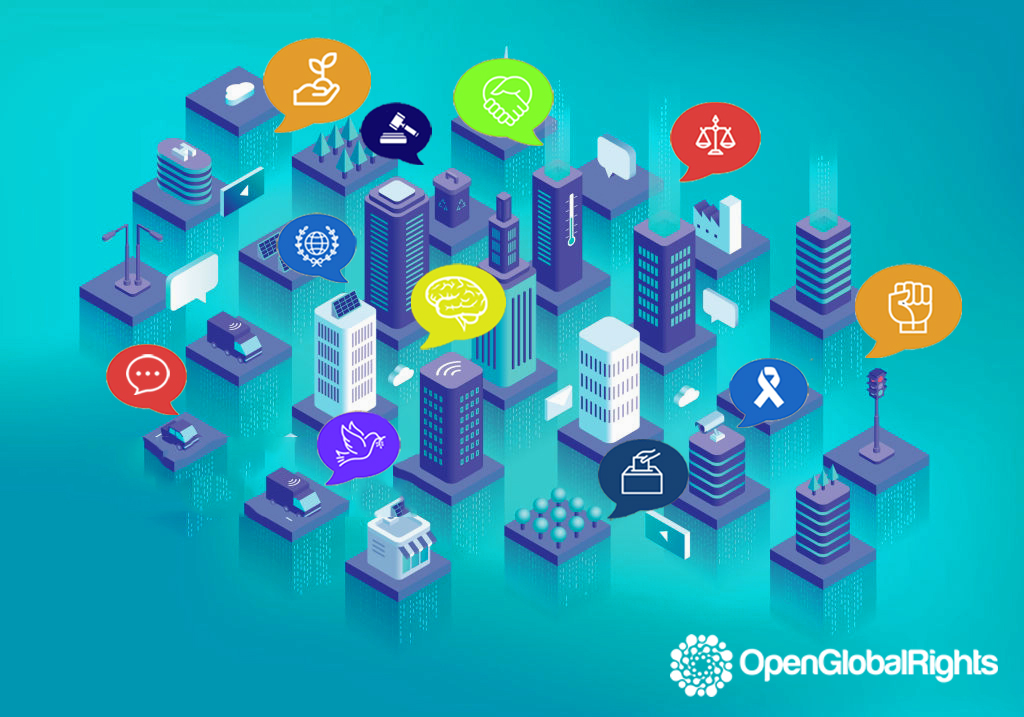 By 2050, two thirds of the world’s population will live in urban areas. How cities develop will determine whether we can reduce economic and racial inequality, effectively address climate change, and meet many of the United Nation’s Sustainable Development goals. The human rights movement can help move cities in the right direction, through more engagement in municipal-level policy and advocacy, and through greater attention to the growing corporate influence within our cities. Action in both these areas will advance the full spectrum of rights—from the right to housing, to non-discrimination, from freedom of association to the right to health. By emphasizing the participation of local communities, by challenging power, and by forming alliances beyond the traditional human rights movement, rights-based advocacy can be a significant force for change in urban areas.

Within cities thousands—often millions—of individuals interact not only with each other and their built environment, but also engage directly with local elected officials and other decision-makers who influence multiple aspects of their daily lives. There is a creative interplay between international and local-level advocacy. We live in a world in which cities are increasingly influenced by international capital and position themselves as actors on the global stage, while the reality of rights continues to play out at the level of the home, the school, and the street.

City-level human rights advocacy also provides an important counterpart to the rise of nationalist populism. While many nation states respond to a globalized world by retrenching, erecting higher borders, and narrowing the interests they protect, cities can become—ideally—a space where all people regardless of age, origin, belief or gender can assert and secure their rights, both as individuals and collectively.

Cities’ legal powers can be grouped in seven areas, as described in an insightful, recent report “Unmasking the hidden power of cities”. These areas are: direct spending (including the provision of jobs and services); procurement and contracting; economic development; proprietary power (i.e. cities’ ownership of assets like ports and utilities); land use; regulation; and taxation. Each one of these powers can either be used to undermine or advance human rights; and each area provides opportunities for advocacy strategies to improve protections for urban populations.

Cities and advocates have, for example, recognized the crucial role that cities play in welcoming and supporting immigrants and refugees. This month’s “Cities for Rights” international conference in Barcelona covered subjects such as “cities as a counter-power”, and “citizen resistance to policies of repression at the frontiers and deportation”.  Cities have also joined forces on various occasions to call on the United Nations to give them more direct say in international refugee policy.

In the US, the Freedom Cities movement is working to protect immigrants from deportation raids, as well as to counteract racial disparities in arrests and incarceration. As with successful city-level efforts to raise the minimum wage and expand labor protections, these cities are facing a backlash from the federal and State level, and having to re-invent and adapt their policies accordingly.

In New York City, a campaign I was involved in provides one example of the power of unlikely allies joining forces within a city to secure multiple rights—in this case aligning environmental justice and workers’ rights goals. The campaign won a commitment by the city to a systemic reform of the private waste industry that will, through companies’ contract agreements, improve working conditions for the industry’s majority black and Latino workforce. At the same time, the reforms will reduce truck traffic and pollution in low-income communities, while increasing recycling and contributing to meeting the city’s targets on climate change.

A growing number of cities around the world are seeking to take a holistic approach to human rights, designating themselves “Human Rights Cities.” Among them are Gwangju in South Korea, Utrecht in the Netherlands, Lund in Sweden, and Porto Alegre in Brazil. These cities define for themselves what it means to implement international human rights standards in the context of the day-to-day functioning of the city, while recognizing that this is a continual process of experimentation and learning.

Opportunities abound but we cannot ignore the fact that inequality in cities is deepening, and action must be taken to address its root causes. As the UN Rapporteur on the Right to Housing Leilani Farha and many others have pointed out, housing has become a hyper-financialized commodity. The short-term profit prioritization of speculators and developers is coming before the needs of city dwellers. “The consequences of placing the interests of investors before human rights are stark,” Farha has written. “Millions of people around the world are being evicted through foreclosures, or being displaced by development, and priced out of cities.”

We cannot ignore the fact that inequality in cities is deepening, and action must be taken to address its root causes.

In Phom Penh for example, farmers pushed off their lands by the effects of climate change find themselves working as bonded labor making bricks to fuel a building boom—while new two-bedroom apartments in the capital cost the equivalent of more than 200 years’ of the average Cambodian’s wages.

The response has to be multi-faceted. We must emphasize housing as a human right, support local organizing efforts, hold local officials accountable, and strengthen regulations against real estate speculation. As inequality deepens, advocacy on all continents for the right to the city—promising just, inclusive, safe and democratic cities—will gain traction and urgency.

In the context of the global construction boom (the industry is projected to grow 85% by 2030), decisions about what gets built, where, and for whom in our cities will make or break our ability to secure human rights. Advocacy must take place across the full life-cycle of building in cities—from planning, to design, to construction, to the operation of buildings. With local communities setting the priorities, advocates can target and engage government, business and investors to steer us away from construction that undermines rights and impedes progress on sustainable development—such as private prisons, and luxury towers for absentee landlords—and into construction that advances rights by expanding access to public space, housing, good jobs, and public infrastructure.

We can apply the same creativity and imagination that has gone into building the world’s most iconic and inspiring buildings, to building cities that realize the rights of all their inhabitants.