Throughout the developing world, people are dying in pain due to an inability to access proper medication. But the problem is about much more than money.

All of us have been close to the pain of a loved one at one point or another: a grandmother with cancer at home, a father with multiple sclerosis, a brother with a chronic respiratory disease. They usually get their pain medication every four hours, and if the pain increases, they can call the nurse and ask for more. In the world of palliative care, we often don’t even hope for them to get better; we simply hope our loved ones will die in peace, that their last moments are pain free. But what if pain medication were not accessible in your country? What if the legal or logistical requirements made it impossible to acquire them? What if doctors simply do not prescribe them in your country? Most of us would argue that pain relief should not be a luxury exclusive to developed countries, but the reality in many developing countries is that thousands of people are dying in unnecessary pain.

Access to medication to alleviate symptoms and pain is an essential element of palliative care. Palliative care seeks to improve the quality of life of patients facing chronic or terminal illnesses, alleviating their pain and other types of physical, psychosocial and spiritual problems. Far from a refined commodity in certain health systems, these pain medications have been recognized as a requirement of human rights. Various documents written by UN Special Rapporteurs against torture and on the right to health have emphasized that the lack of access to pain medication violates fundamental rights to health and the protection from cruel, inhuman and degrading treatment.

According to the numbers provided by the Pain & Policy Studies Group regarding information offered by the The International Narcotics Control Board (INCB) on global consumption of morphine, or consumption per person in 2013, countries like Austria, Canada, Denmark, the United States and New Zealand make up the largest portion of consumption in the world. Other countries, including Switzerland, Australia, the United Kingdom, France and Iceland, also registered high levels of consumption, above the global average of 6.27mg per capita. In Latin America, the country with the highest consumption level is Argentina, which is close to the world average. All other countries in the region are below the average. The following map shows worldwide morphine consumption in the world for the year 2013. Countries marked in dark blue are those with the highest consumption.

In spite of growing demand for these drugs and the importance of pain relief as a human rights issue, access to opioid-based medications is still severely limited in the global South. Although morphine is on the list of essential medications recommended by the World Health Organization, and its production is relatively inexpensive (because there are no patents), access to it is generally restricted due to both national and international policies. 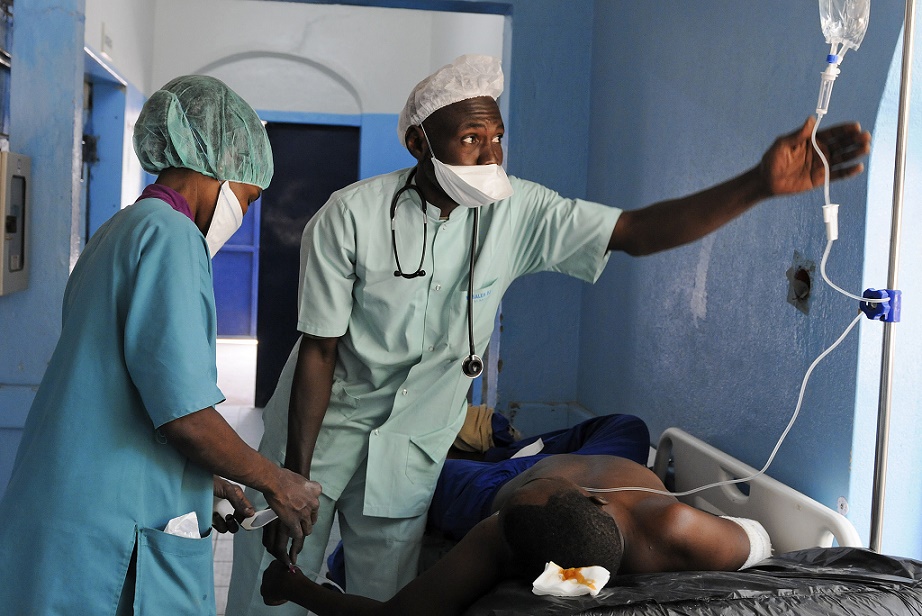 Despite the recognition of pain relief as a human rights issue, national and international policies in the Global South severely limit access to opioid-based medications.

In Latin America, various difficulties impede peoples’ access to this type of medication. Lack of knowledge on the part of doctors and healthcare providers regarding pain treatment contributes to the low prescription of this medication. For many doctors, they are simply not trained to consider palliative care: only in two countries in the region, Chile and Cuba, is palliative care included in the university curriculum as part of healthcare training. Medical prejudice against opioids, fearing that their consumption will become addictive, is another reason that doctors do not prescribe them, even though it is demonstrated that addiction occurs in very few cases. Even if it does, given the fact that we are discussing terminal illnesses, this is arguably irrelevant.  Although there are debates regarding the use of opioids for illnesses other than cancer, their use for the treatment of cancer and other terminal illnesses is widely accepted. Yet patients and their families also have the same prejudices, fearing to accept a prescription for opioids due to the myths regarding their use.

Global drug policies have also played a role. The international drug control regime incorporates obligations to guarantee access for medical uses, but in practice, states adopt controls to prevent trafficking and unlawful use, which are often excessive. In the majority of Latin American countries, it is common for these medications to be prescribed only by special order, issued by central health offices, with their transportation requiring reinforced security measures. All of this increases the cost of distribution. Although there are efforts within the United Nations to change these policies, there have been no significant changes to date.

Frequently, governments import or acquire less medication than required because they calculate the consumption based on historical data, which does not represent the real need of patients. There are also no effective distribution mechanisms for these medications within countries, which means that the little access to opioids that exists is concentrated in urban centers.

A world without pain is possible. Medications to address the pain exist and are produced at a reasonable price. More than an economic issue, the difficulty is in the absence of knowledge and training of medical professionals, prejudice against their prescription, and excessive barriers that states and anti-narcotic agencies impose on their distribution. Fear and prejudice cannot continue to be the guide for the construction of policies regarding access to opioids in the world. States and medical professionals can do much more to reduce the gap that impedes access to these medications, making death a more dignified and humane process.

Diana Guarnizo is a researcher and social rights coordinator at the Center for the Study of Law, Justice, and Society (Dejusticia).