The presence of Western universities in China is on the rise, but they are not following UN principles on corporate social responsibility.

The growing presence of Western universities in China raises clear issues of universities’ corporate social responsibility. Beginning in July 2015, the Chinese government embarked on what many see as a crackdown on the human rights community. Amnesty International has documented 240 cases of lawyers, legal activists and human rights defenders who have been arrested, secretly detained, and in some cases tortured. The Chinese parliament also enacted new laws that give police legal authority to arrest NGO workers who engage in work deemed ‘politically sensitive.’ In March 2017, the Chief Justice of the Supreme People’s Court characterized the arrests and detentions as a helpful means to eliminate security and subversion from the country. Observers see the government actions as part of a campaign to silence critics of the Communist Party regime.

What is the corporate social responsibility of Western universities in such circumstances? The UN Guiding Principles on Business and Human Rights provide a framework for answering this question, but it does not appear that these universities are following it.

US institutions have the highest number of campuses, at 12, followed by Britain with four and Germany with three.

Since 2006, 27 Western institutions have set up branch campuses in on the mainland. US institutions have the highest number of campuses, at 12, followed by Britain with four and Germany with three. The 12 US universities include such prestigious institutions as Carnegie Mellon, Duke, Johns Hopkins, New York University, and the University of Michigan. The Chinese Ministry of Education requires foreign universities to enter into partnerships with local universities, which are all government controlled, and it reviews and approves the partnership agreements. 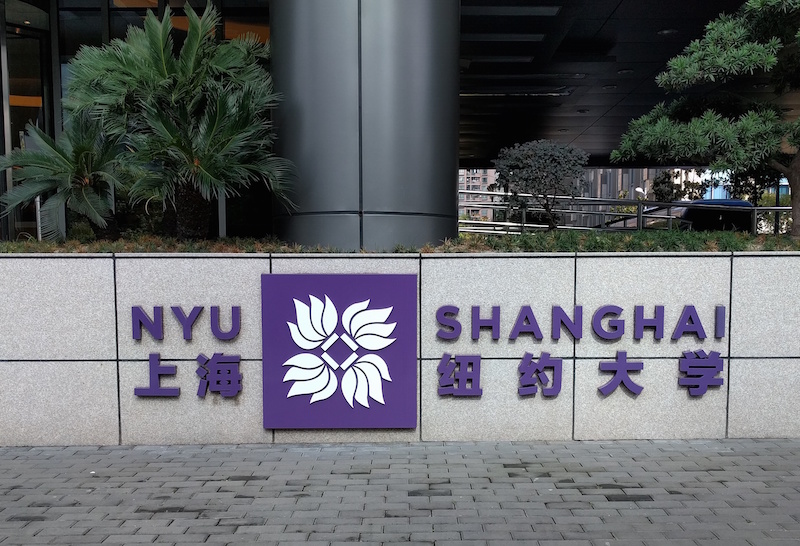 Since 2006, 27 Western institutions have set up branch campuses in on the mainland. The 12 US universities include such prestigious institutions as Carnegie Mellon, Duke, Johns Hopkins, New York University, and the University of Michigan.

The Chinese government provides generous subsidies, as it sees an advantage to having joint ventures with the Western institutions as a means of  burnishing the reputations of local universities. The US Government Accounting Office, for example, conducted a survey of the 12 US schools to ask how much money they received from Chinese sources. Less than half of these schools responded, but they reported collectively receiving $300 million in support from Chinese government entities.

The duty of these universities is clear in the Guiding Principles, which clarify baseline global standards on business and human rights. The definition of "business enterprise” in the Guiding Principles is broad and universities certainly fall within it. At the least, as places of higher learning, they should adopt no less a principled position on human rights than for-profit entities.

According to the Guiding Principles, an enterprise’s corporate responsibility entails making a clear and public policy commitment, implementing due diligence processes, and providing or cooperating in the creation of remedies for human rights violations. Due diligence requires assessing risks of human violations by both the enterprise itself and by its business partners.

Next, Guiding Principle 17 would require a due diligence process. The purpose of due diligence is to identify risks of human rights harms and develop measures to reduce the risks. For example, the noted Chinese human rights activist Teng Biao believes that the close cooperation of US universities and local government-controlled universities, including substantial subsidies from the Chinese government, creates the appearance within China that the US schools are endorsing the Communist Party. A due diligence process would identify the endorsement risk and offer ways to reduce it—perhaps by means of a statement on the universities’ website to the effect that they are not endorsing the policies of their business partner.

Guiding Principle 17 also says that the due diligence process needs to be ongoing. In light of what critics portray as a government crackdown on the human rights community, ongoing due diligence would require the universities to identify the campaign as a human rights harm and to propose means of mitigating this harm. For example, it might be feasible for the university presidents to make a joint public statement calling for fair trials for the arrested activists. (To put this in context, nearly 80 university presidents issued a joint statement recently opposing President Trump’s travel ban. In the 1980s more than 180 universities opposing apartheid agreed to divest in whole or in part their investments in companies that did business in South Africa.)

Finally, Guiding Principle 21 states: “Business enterprises whose operations or operating contexts pose risks of severe human rights impacts should report formally on how they address them.” The reporting can be contained in annual reports, corporate responsibility reports or online updates. In the China context, the universities should cover topics and indicators of how the institutions identify and address harmful human rights impacts. No university has formally reported on China.

In sum, Western universities are operating in a high-risk environment without guidance. Supporters of the Chinese campuses say they offer benefits, including greater academic freedom than allowed in domestic universities. But there are costs with cooperating closely with a government that critics say is persecuting the human rights community. The Guiding Principles don’t dictate to the universities what remedial actions they should take—website policy statements, joint letters, quitting the country or doing nothing at all. But by observing established protocols for respecting human rights, the universities will be ensuring that their decision is guided by international norms rather than expediency.

Robert Edward Precht is the founder and president of Justice Labs and the author of Defending Mohammad: Justice on Trial (Cornell University Press, 2003).