There is no “one-size-fits-all” approach to campaigning for today’s LGBTI activists, but providing support on short notice allows organisations to be reactive and flexible.

There are 2,920 days in eight years. And yet, Lithuania remains one of a few European jurisdictions without any possibility for legal gender recognition, having not implemented a 2007 judgment from the European Court of Human Rights (ECtHR).

The Strasbourg court was crystal clear in L vs. Lithuania—the state was failing to live up to its international human rights commitments. In 2007, the ECtHR found that Lithuania had violated Article 8 (respect for private and family life); while Lithuanian law did recognise the right of trans people to change their civil status, it did not legally regulate reassignment surgery.  The judgment placed an onus on the government to legislate, but Lithuanian authorities are still overtly reluctant to introduce the procedure.

The legal solutions for the implementation of ECtHR judgment proposed so far have created a legal limbo for trans people instead of resolving the problem. They have made legal gender recognition dependent on gender reassignment treatments (which are actually not available or regulated in the country). LGBTI activists in the country knew that something needed to change.

On top of that, trans people are also faced with attitudes of confusion or hostility from wider Lithuanian society: 43% of Lithuanian survey respondents did not agree with the statement that trans people should be allowed to change civil documents to reflect their inner gender identity, according to Eurobarometer survey results released by the European Commission in 2015.

That is why LGL—Lithuania’s national LGBT* rights organisation—began to think of new advocacy methods in autumn 2015.

LGL needed to get the voices of trans people out into the public consciousness immediately, to demonstrate to the government that the calls for a principled law to protect the real needs of trans people were not going away. LGL also needed to increase its own capacity to advocate for equality, within a fairly short timeframe. But the main ingredients for this (experience in campaigning, contacts with creatives and media experts, access to networks and to relevant case studies and, last but not least, financial resources) weren’t present. They needed fast support and flexible funding. 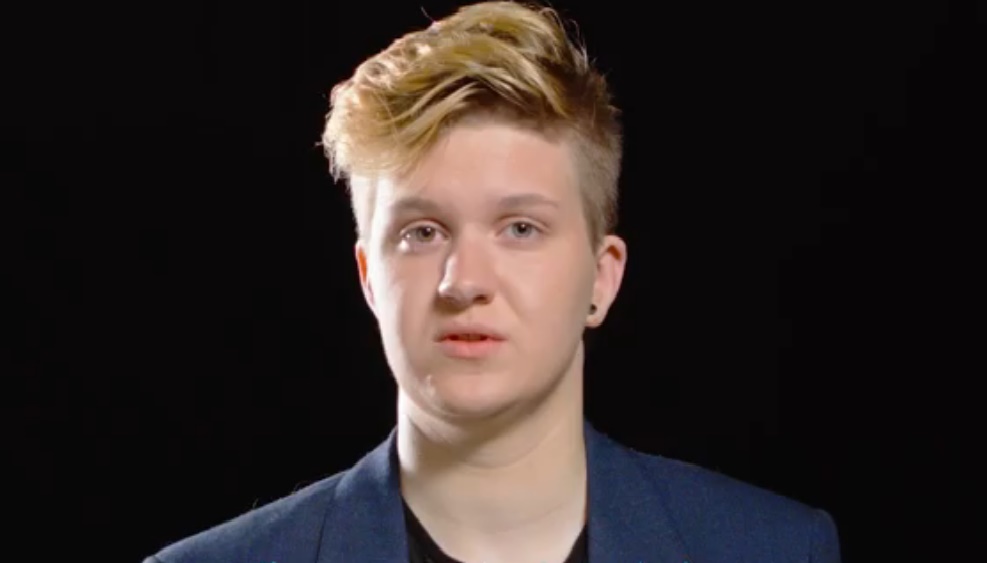 Photo by LGL (All rights reserved)

This is exactly the sort of reactive campaigning situation that ILGA-Europe’s Creating Opportunities programme can respond to. In less than one year, it has already responded to ten cases, with more coming. As the European umbrella organisation for LGBTI groups, ILGA-Europe understands that there is no “one-size-fits-all” approach to campaigning. All our members operate in very different social contexts, with varying levels of resources and campaigning experience. With situations that change constantly across various countries, our flexible support (both strategic and financial) allows activists and organisations to respond quickly and create effective campaigns.

Creating Opportunities seeks to be flexible right from the start. With no formal application procedure, cooperation can start with suitable projects almost immediately. LGBTI activists self-assess their campaign to see if it meets a range of criteria (including how time-sensitive the situation is, if there is a possible spill-over effect into neighbouring countries and how much ILGA-Europe’s intervention could strengthen the movement). Financial support can vary depending on the campaign (typically averages 2,000-3,000 euro) but the impact is much greater than the monetary value alone—the strategic support, access to knowledge and shared expertise together make up the programme’s strength.

In LGL’s case, Creating Opportunities mobilised resources that allowed activists to hire a director to produce a campaign video within a few weeks; the video was then viewed over 30,000 times. A petition in support of accessible legal gender recognition provided strong talking points for meetings with supportive political leaders. A photography exhibition and personal testimonies also increased awareness among policymakers and the general public.

'One year later, activists in Lithuania have been reflecting on the impact of the programme. Tomas Vytautas Raskevičius from LGL says that, “the #TRANS_LT campaign created a platform of visibility for the local transgender community, encouraging them to advocate for their own cause. Due to the campaign and its impact, the public debate on trans issues became more nuanced and more inclusive of human rights language.”

In all scenarios, it is critical that support be tailor-made to the needs and realities of LGBTI groups. LGBTI organisations in Europe need more flexible and timely resources to carry out this type of campaign work, and they would also benefit greatly if peers in other countries could share advice on what worked for them. Not every organisation will have enough staff and freely available funding at a moment of crisis.

Funders also need to recognise the value of this “support on short notice” style. It enables human rights organisations to increase their own capacity to run campaigns that respond quickly to current events. Keeping the heart of the campaign at a national level ensures that it will feature authentic voices and be representative of the community it is advocating for.

In fact, this new stream of activities at ILGA-Europe aims to contribute to the longer term development of the movement. Support for the initial campaign becomes a quick learning opportunity and builds the capacity of the supported organisation beyond the specific threat or opportunity. ILGA-Europe ensures that this learning experience is not isolated, but rather enriches a wealth of knowledge and good practices in campaigning for the European LGBTI movement.

For example, in September 2016, activists supported an online video campaign in France, also in cooperation with Creating Opportunities. Trans activists there sought to shape the debate around the gender recognition process as parliament began to discuss legislative updates. In order to reach those policymakers—who were voting about the lives of trans people—trans activists developed a video with personal stories, to be disseminated using a specific media strategy. Because of the Creating Opportunities network, activists were able to hire a videographer and media specialist while the discussion in parliament was still taking place.

While the immediate impact of the French campaign is still being assessed, Raskevičius from LGL in Lithuania is clear about the influence that flexible support had—not only on their campaigning work, but also by raising awareness and breathing new life into a legislative process that was stalling: “…decision makers will inevitably have to take into account that the necessity of introducing legal gender recognition in Lithuania is first and foremost based on the pressing need by real and not imaginary people.”

Laura Piazza is ILGA-Europe’s Campaign and Programmes Officer. Based in Brussels, Laura is responsible for building campaigning and mobilisation capacity at national and regional levels, in particular in response to emerging opportunities and potential threats to the human rights of LGBTI people. The Creating Opportunities programme is part of her portfolio.