Nepal is the most open country in South Asia for LGBT rights, but even here, patriarchal biases exclude women and transgenders. Can foreign funding change this?

Nepal is one of the most open countries in Asia for LGBT rights, with a robust movement for sexual rights. But even though gay rights have received widespread support, lesbians and the transgender community have been largely marginalised. Public ignorance, bias and the absence of funding plague the LBT community, and as a result, this population faces several grave issues. 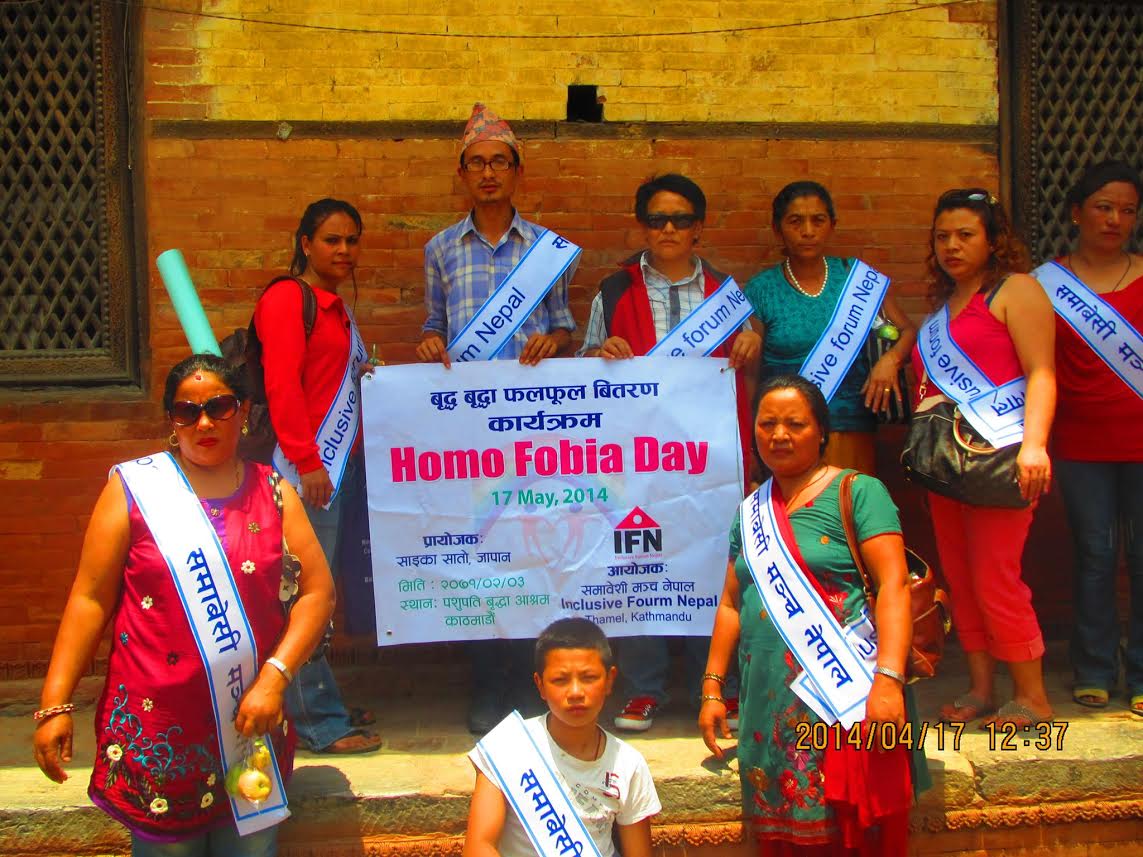 Most lesbians who come out in Nepal are from poor families and have dropped out of school due to expulsion or bullying. They face an impoverished job market and suffer doubly because of discrimination that starts right at the job recruitment process. Disowned by their families and shunned by society for their gender non-conformity, some lesbians resort to drug abuse and run the risk of using infected syringes.

Since even many educated Nepalis believe that homosexuality is a psychological condition and a curable disease, lesbians are sometimes subjected to “corrective rape”. Men who feel threatened by woman identifying as males are often rape perpetrators, punishing these women who dare to break out of oppressive gender binaries. Also in the case of bisexual women, the risk of HIV increases because of both male and female partners.

In the absence of safe Hormone Replacement Therapy (HRT) options, many LBTs self-medicate, which has alarming repercussions. They bind their breasts, and take non-prescribed medicines to reduce breast size. This can result in cancer, damaged ribs, lung collapse, spinal injuries and other complications. Transgender men report wearing extremely tight clothes that caused breast complications and breathing problems. Some that can afford breast removal surgery opt for this method, but younger transgender men can’t afford to do so, and they too will suffer complications later in life.

In addition, Nepal's patriarchal setup forces lesbians into heterosexual marriages—often through intense familial pressure—in order to counteract their “unnatural” desires. This can have dire consequences: when the husband realizes his wife can't satisfy him, sex outside marriage with sex workers increases, along with a much higher risk of sexually transmittable diseases brought home.

These issues, unfortunately, won't disappear with mere legislation. Such changes require a complete overhaul of the collective psyche—obviously easier said than done. The current need is the development of orientation programs to acquaint Nepali society with the existence of the LBT community. Ignorance is an enormous part of the problem, but without funding, widespread education and raising awareness are impossible.

In 2013, the need for better protection and programming led to the formation of Inclusive Forum Nepal (IFN), an organization that works exclusively for lesbians, transgender men (butch/tomboys) and bisexual women. The founder, Badri Pun, is a lion-hearted lesbian who identifies as a transgender man. He is also the first Nepali to obtain a passport in the third gender category, although he prefers the word “transgender”, asking: “Who decides who is first, second and third?”

Born Dilu Buduja, a girl, in an obscure village in the country’s Myagdi district, Pun identified as male at the age of twelve. He hasn't undergone a Female-to-Male (FTM) sex reassignment surgery, but he prefers being addressed by male pronouns. As he worked with LGBT issues in Nepal’s capital city of Kathmandu, he realized that even under the broad LGBT umbrella, lesbians were suffering disproportionately due to the patriarchal society where female-born sexual “deviants” are considered lesser than their male-born counterparts. Provoked and motivated by this discrimination, he started IFN.

“It doesn't mean we isolate gays,” says Pun. “But our community has always played second fiddle to homosexual men, transgender women, eunuchs and hijras, who are prioritized higher with regards to HIV prevention and other medical programs. We are just trying to fill that gap.”

According to Pun, IFN has conducted seven orientation programs to date, which have helped to change the perception among Nepalis that lesbians are unnatural deviants: “Before a program, we contact the local leader for permission and invite him to … address the public, after which we take the stage. This is followed by an interactive Q&A session, which helps in gauging the receptivity of the people. This is the real indicator of whether the orientation has worked or not… If funding were not an issue, we would take our orientation programs to every corner of Nepal.”

Some of Nepal's LGBT organizations, he says, use the “L-Word” as part of their LGBT identity to convince international donors that the cause is all-inclusive. When Pun worked with them, and asked for lesbians to be tested for HIV, he was told that lesbians do not contract HIV, which is why funding was allocated for gays. “This isn't true, but since we're not exactly known for being sex workers who could infect male clients and subsequently their wives and society at large, we are overlooked,” says Pun.

Since IFN was created, it has been entirely volunteer-based—no one is paid a fixed salary. Pun’s friend Pradip Khadka (from Germany) sponsors the internet connection, while a Japanese lesbian couple pays the office rent and other expenses.

Local funding for LBT groups is also very limited. Raising local funds in one of Asia's poorest countries is a Herculean task, especially if the cause itself is controversial.

Raising local funds in one of Asia's poorest countries is a Herculean task, especially if the cause itself is controversial

While global funding for LBT is approved and legal, embezzlement of international donations and misleading account management has been an unfortunate reality, casting the entire LGBT community in a disreputable light. But with a transparent, non-autocratic setup backed by regular financial reports, Pun believes that he can reassure donors. The first steps he would push for are provision of medical facilities and vocational skills training. The LBT community can also empower itself economically by imparting training in driving vehicles, farming and in the travel and tourism sector.

Finally, despite the separation of “Gay” from LGBT, Pun sees the significance of standing together as a community. With local support and foreign funding, he believes that Nepal's LBT community can live a life of dignity, respect and self-reliance.