It is activists, not states who will make a difference in future. But western-led rights organizations may have seen their day. 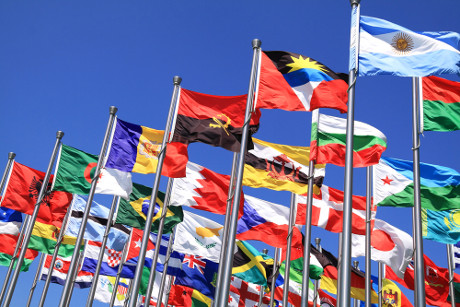 We live in an era not of triumph, but of the endtimes for universal human rights. In our multipolar world of dispersed state and social power, the inherent limitations of the global human rights model championed by organizations like Amnesty International and Human Rights Watch is becoming painfully apparent. Both are trying to adjust, Amnesty by relocating to the global South, and Human Rights Watch by turning itself into a genuinely global brand. But if the concept of global human rights is to endure, a new and more political, transnational, agile and adaptable kind of movement must emerge, replacing today’s top-down, western-led model of activism.

To begin with, there is no reason at all to think states in the global South will behave any differently from states in the global North. States are states. The BRICS are not a new beginning, but rather aspirants to global status as members of the organized hypocrisy of sovereign states. The question is, can western human rights organizations challenge this by successfully allying with civil society groups in the south? Until now, western NGOs have failed to connect with southern publics beyond the elite level. Can this be changed? After all, many local, southern organizations and movements cherish beliefs that are not prominent in western human rights thinking. These include beliefs about religion, justice, ethnic solidarity, labour rights and the importance of the family. These remain vital aspects of their identity, even as these southern groups are persecuted by their own elites and states. How will universal human rights ideas fare in creating a solidarity movement with this diverse and often conflicting set of actors, many of whom see human rights as either compatible with non-liberal norms, or who are committed to social, economic and cultural rights of the sort Human Rights Watch judges inappropriate as a basis for effective campaigning?

Who defines the concept of human rights?

Globalization means diversity, but until now, “universal” human rights have been a fairly monotheistic form of secular religion.

Many in the west assume there really is a singular global human rights movement, and that its momentum is unstoppable. But this idea disguises the reality of deep internal inequalities of resources, objectives, priorities and influence. Why, for example, is it criminal justice, rather than social justice, that marks the vanguard of human rights globally? Because Amnesty, Human Rights Watch, the UN High Commissioner for Human Rights, the International Committee of the Red Cross, and the International Commission of Jurists say so.

The rest of the world, the 99%, sees human rights activism as one among many mechanisms to bring about meaningful social change. By their nature, lower-case human rights are malleable, adaptable, pragmatic and diverse – they are bottom-up democratic norms, rather than top-down authoritative rules.

The zenith for Human Rights came in the years 1977 to 2008, years of growing American unipolarity as the Soviet Union crumbled. Along the way Human Rights achieved the 1989 Convention on the Rights of the Child, but also blunted the radical potential of movements for national self-determination. From the fall of the Berlin Wall for nearly two decades, Human Rights was triumphant: in 1993’s Vienna Declaration, 1994’s Cairo Conference, in the ad-hoc tribunals for Yugoslavia and Rwanda, the Rome Statute that created the International Criminal Court (ICC), the intervention in Kosovo, and the evolution of the Responsibility to Protect (R2P). The latter is heralded as the successor to humanitarian intervention and was, its supporters argue, fully vindicated in NATO’s action in Libya. But these successes disguise the reality that one country and its domestic activists – the US – were calling the global shots. Even during this time, the United States, a fair weather friend of human rights, has been more culpable than any other state in its refusal to permanently embed multilateral human rights norms when it possessed the power to do so.

How are Amnesty International, Human Rights Watch, and other big rights NGOs dealing with the changing world order? They have different strategies. Amnesty is devolving its investigation operations to southern cities. It hopes to ally with local human rights defenders, and increase the small, southern proportion of its global membership. Amnesty terms this ‘moving closer to the ground.’ Human Rights Watch, with no members to worry about, is creating a global network of research, advocacy and fund raising offices, aided in part by $100 million from George Soros. Both strategies contrast with that of the Ford Foundation, which is giving its money directly to seven human rights organizations in the global South.

Why will these strategies not work in the post-western, post-secular, multipolar world? One answer is the relative decline in power of the states, particularly in Europe, who have made human rights norms a foreign policy goal. The United States is unlikely to pick up the slack. Whether its turn to Asia is a ‘rebalancing’ or a ‘pivot,’ human rights are not high on the agenda. And the United States has significant human rights problems of its own. This shift will weaken the global authority of human rights norms. It is not that the BRICS are anti-human rights, just that they will seek to renegotiate the assumptions and substance of what those rights mean in practice and how, and if, they impinge on state sovereignty. Human Rights Watch’s strategy relies on its ability to ‘name and shame’ these governments, hoping that local offices will increase its credibility and effectiveness (and income and brand profile) in doing so. As of yet, there is no persuasive evidence that this will be successful. Time will tell whether this strategy pays off.

Amnesty International relies on both research and membership pressure. It is taking a huge gamble by assuming that local activists – under pressure from their own governments and networks – can report abuses without consequences. It also hopes that southern-based research work will be taken seriously by lawyers and policy-makers in Geneva and New York. If it works, the result will be millions of new members standing stand shoulder to shoulder in solidarity with Amnesty in India, Mexico, South Africa, Brazil, Hong Kong, Senegal and Thailand. Yet despite spending hundreds of millions of dollarssince 1961, Amnesty has yet to build a mass southern membership. And this was during decades when there was no other human rights organization to join. Now there are tens, hundreds, even thousands of human rights NGOs in southern countries. What is Amnesty’s value-added for them? Why would they join an organization synonymous with postwar, Cold War Europe?

Is it time for a new kind of activism?

The best hope for human rights may lie in the growing professional middle class in the BRICS and other key states like Indonesia. Maybe they will join Amnesty and fund Human Rights Watch? Scholars have argued before that democracy requires a progressively more active middle-class to underpin it. Human rights might be the same, correlating with wealth, a lifestyle luxury like Louis Vuitton luggage. These are not, of course, ‘the people.’ And even this may be a tough sell in powerful countries like China and Russia. There is no reason why, in China for example, we might not get capitalism without democracy and human rights. After all, most middle class citizens in western societies neither contribute to, nor protest about, human rights.

What is certain is that in a multipolar world, arriving with Human Rights as a pre-packaged set of laws, norms and advocacy strategies will alienate supporters. Compromise on goals and strategy will be essential, and I am skeptical that Human Rights organizations can do it.

A whole new kind of activism might be the answer – from consumer boycotts to hacking to the Arab Spring – bringing with it more profound political and social change than Human Rights ever will.