The disorder and tragedy inherent in large-scale, spontaneous refugee flows is not inevitable—what we need is a managed protection regime.

To use a sporting phrase common to both football in the United States and rugby in Britain, the global system of refugee protection has been a “broken field” since late last summer. In Europe, the well-marshalled government defences, both rhetorical and physical, have fallen apart in recent months. There’s been little sign of teamwork among players—some have continued to play hardball, while others have abandoned their previous tactics and become very “open”. And refugees (and other migrants), noticing how scattered the tacklers are, have rushed through.

In some sense this is a cause for celebration for those of us who have long felt that the scale of refugee protection provided by Western governments is inadequate. However chaotic the scenes have been on Europe’s borders, however much tragedy there’s been along the way, tens of thousands of people who need safety have found it. For once the developed world hasn’t completely turned its back on a refugee crisis.

The breakdown should lead to a new system that combines greater generosity...with increased management.

But there comes a point when a short-term emergency response has to turn into a long-term strategic plan. This is particularly true given that global refugee numbers, which are approaching record level, are likely to remain high for the foreseeable future. Hoping the problem will just go away is not an option. The breakdown of the old system should lead to a new system that combines greater generosity in accepting refugees (particularly on the part of developed countries) with increased management of refugee flows (particularly to reduce disorderly movements across borders).

The ideas summarised in James Hathaway’s article provide a useful prism through which to judge the viability of my preferred solution: “managed protection”, where refugees would first have to settle in neighbouring country camps, but then would have a much better chance of European resettlement than they do now. Hathaway is right to point out that most refugees today are “caged up” and forced into a “dependency on hand-outs”, because they are warehoused in UNHCR camps, unable to support themselves properly and to move ahead with their lives. Although recently, many Syrian refugees set an example to others stuck in camps for years by refusing to accept that they can expect no more than the immediate protection they’ve received in Turkey, Lebanon and Jordan. They’ve moved on.

Europe’s response to this mass movement has been extremely inconsistent and uncoordinated, swinging between welcome and rejection even within individual EU states, never mind between them. There has been a conspicuous lack of a judicious combination of management and generosity. Instead, generosity has tipped into laxity and then backlash (notably in Germany), while management has been characterised by cold heartedness rather than cool headedness (notably in Britain).

At the heart of Hathaway’s proposal is a reinvigoration of the founding spirit of the 1951 Refugee Convention, in particular respecting the right of refugees to become quickly integrated into the economic life of the countries in which they reside, enabling them to work, to study and to provide for themselves. He implies—and rightly so—that for this to take place the burden of providing protection cannot fall so disproportionately on countries neighbouring conflict zones or oppressive regimes. The labour markets, infrastructures and public services of these countries—which are often relatively poor and unstable—are not sufficiently developed to provide the economic and social opportunities for large influxes of refugees. This is why large camps, quarantining refugees for years or even decades, have grown up.

One thing that could be done—and has to some extent been promised—is for the richer countries hosting fewer refugees to provide large scale economic assistance to those countries hosting the bulk. But even if tens of billions of dollars are pumped into places like Turkey, Pakistan or Kenya, their economies are not going to grow quickly enough to absorb the forcibly displaced populations within their borders in ways that meet the aspiration of those refugees. So the generosity of richer countries cannot end with such arm’s length assistance. It has to include greater generosity in allowing refugees to come and settle within their own borders. 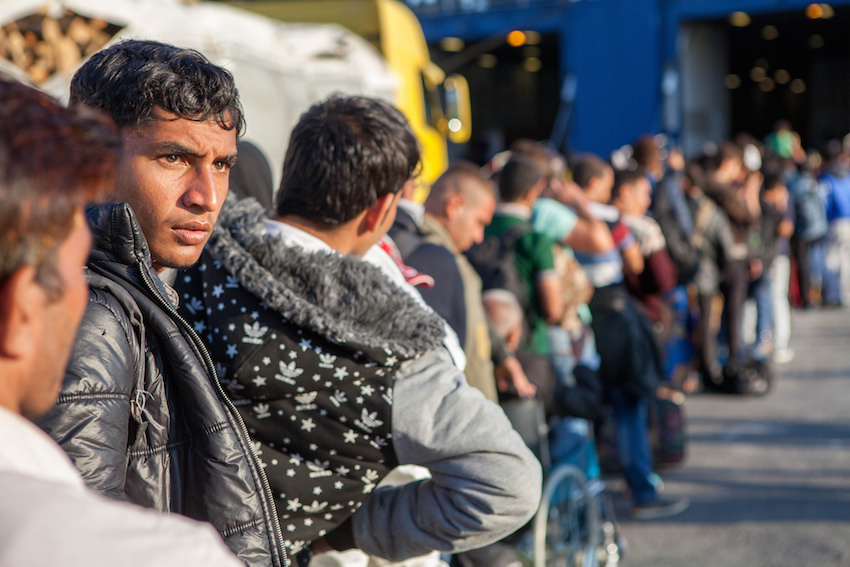 Even with assistance, the economic growth of poorer host countries will not be sufficient to absorb the forcibly displaced populations within their borders.

On this point I differ to some extent with the Hathaway proposals, in particular the notion contained in the fifth core principle that refugees should have “a right to arrive wherever they can reach”. I take this to mean that measures such as visa restrictions, juxtaposed border controls, carrier sanctions and the like, designed to deter immediate or secondary travel to Europe and other developed economies, should be removed. In other words, the current obstacles which make so called “spontaneous arrival” so difficult and indeed dangerous, should be dismantled.

The obvious problem with this idea—and the reason it is politically inconceivable in most developed countries—is that it would facilitate not just the entry of refugees but also of other migrants, quite possibly in very large and destabilising numbers. This is where what I’ve termed “managed protection” provides a better alternative. It involves a much greater movement of refugees into Europe and other richer countries but through controlled and orderly routes, and most critically with the validity of a person’s claim to refugee status having been confirmed before their travel out of a conflict zone or a poorer country of first asylum. It would require a huge scaling up of active resettlement programmes, a greater use of family reunification procedures, and perhaps allowing recognised refugees to take priority for various economic and educational migration routes (but on a more permanent basis than can sometimes be the case with these channels). All of these measures present challenges to Western governments, of course, but they are much more likely to be accepted than appeals to open up spontaneous asylum routes.

The most common objection to this approach is that it would involve “off shoring” asylum determination procedures and introducing two stages to the process—move first to a neighbouring country for the purposes of immediate safety and only then get the opportunity, if it is needed, to seek more durable protection in a more developed country. But a lot of the objections would fall away if reception facilities in nearby countries were improved and the chance to be resettled into the West was greatly increased and speeded up. (Refugee camps would become temporary processing centres rather than long-term detention centres.) It is through this mechanism that the enhanced burden sharing that Hathaway calls for would be realised.

Of course, the chance in the short term is slim that a well-coordinated global system of managed protection along these lines could be successfully negotiated and implemented. And if it were in place, perfect order would not replace the messiness of present arrangements. But even if imperfectly realised, and with the likelihood that it would be honoured in the breach in many instances (the right to claim asylum in Western countries would have to remain, of course), managed protection would still represent a significant step forward for refugees, countries of first asylum and countries of ultimate destination.

Tim Finch is the Coordinator of the National Refugee Welcome Board in Britain. He’s a former director of communications at the British Refugee Council and head of migration research at the think tank IPPR. His novel on a refugee theme, The House of Journalists, is published by Jonathan Cape in the UK and Farrar, Straus and Giroux in the US.